If you ever wondered what you would do if you were alive in the Civil Rights Movement, now is the time to find out.

Activist | Founder & CEO of The North Star | Host of The Breakdown 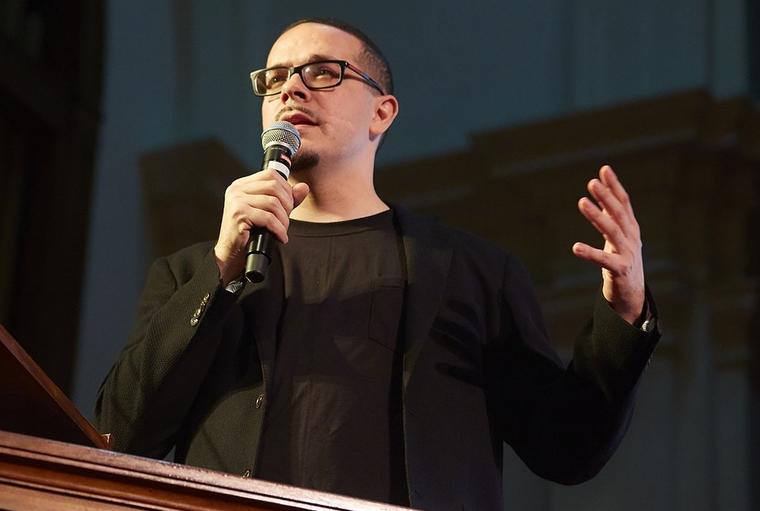 What Would Justice Look Like for the Victims of Police Brutality?

Today, in greater numbers, people are talking about real empowerment and liberation for historically disadvantaged groups. When it comes to the Black Lives Matter movement, they’re talking specifically about human dignity for African Americans. And for this movement, journalist, humanitarian, and activist Shaun King is one of the most compelling voices: a passionate advocate for justice and families, and an extremely visible fundraiser for victims of brutality and discrimination.

“It’s hard to know a moment in history when you are in it, but this much I know: We are in a painful and peculiar point in American history. So much is wrong that it’s hard to keep up, but we must.”

As a magnetic element of the Black Lives Matter movement, Shaun King helps us see our present place in the larger current of American history. He’s adopted social media to rally and unite people of disparate backgrounds and has now become one of the most followed activists in the United States. The founder and CEO of The North Star— a new digital version of abolitionist Frederick Douglass’ iconic journal—and host of The Breakdown, King uses his platform to unearth the truth beyond local media, and to organize in purposeful and directed ways. Moreover, he reminds us that we can take whatever we do best—whether we lobby, speak, litigate, organize, write, or more—and tilt that practice toward justice.

As a speaker, King offers an articulate and historically grounded take on the most pressing problems of the day. He has now spoken in 35 states, on over 100 college campuses, in jails and prisons, and in corporate boardrooms—always calling for us to be better and do better. As a writer, he has written an astounding 1,500 articles on injustice since 2014 and gives morning commentary on the legendary Tom Joyner Morning Show heard by 6 million listeners in over 100 cities.

“Shaun’s writing on social inequality, police brutality and race relations in America has been some of the best work done in the country.”

Formerly, King as worked as a columnist for The Intercept, the Writer-In-Residence at Harvard Law School’s Fair Punishment Project, and The Senior Justice Writer at the New York Daily News. In 1999, he became the youngest Student Government President elected at Morehouse College since Dr. Martin Luther King was a student there in 1947. Before he was ever known nationally, King was a high school history and civics teacher in Atlanta, then a traveling teacher and counselor at a dozen different jails, prisons, and youth detention centers in Georgia—speaking and teaching 5 times a day, 5 days a week, for years. King started and pastored a church in inner city Atlanta and launched several award-winning social good campaigns that raised millions of dollars for causes around the world.

The deadliest hate crime against African Americans in our lifetimes didn’t happen in 1955 or 1965, but in Charleston in 2015. More unarmed African Americans were shot and killed by American police in 2015 than in any year of lynching since 1922. Ten times more African Americans are currently incarcerated today than they were in 1955.

Racism has not died, but has shape-shifted in unexpected and unprecedented ways. In this free-flowing, information-packed, multi-media presentation, Shaun King illuminates how this generation must come to grips with its own unique challenges. Instead of wondering who we’d be and what we’d do if we were alive in the Civil Rights Movement of the 1960s, King asks us to see our present place in the modern movement for a more fair and just world. Racism, discrimination, and harmful policies won’t get better on their own; for that reason, King proposes real and applicable solutions to the most pressing problems of the day.

Race, love, hate, and me: A distinctly American story

Shaun Kings Joins The Intercept as a Columnist

Conservatives Are Missing the Point of Black Lives Matter

The plot to destroy Shaun King