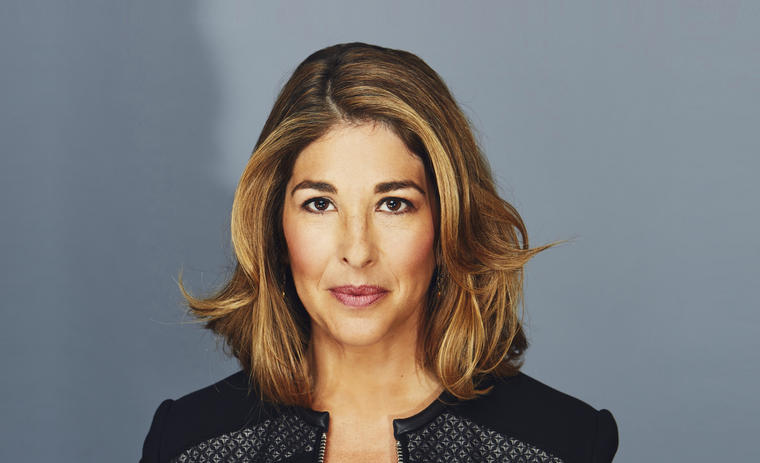 NAOMI KLEIN is an award-winning journalist, syndicated columnist, and the international and New York Times bestselling author of seminal books such as The Shock Doctrine, This Changes Everything, On Fire, and her recently published book for young readers, How To Change Everything. Klein’s life’s work is dedicated to dismantling the many dangerous myths surrounding the climate debate, and to date, her books have been published in over 30 languages worldwide. Urgent, hopeful, and commanding, Klein’s voice is the one we need to guide us in the global climate justice movement.

Naomi Klein is the UBC Professor of Climate Justice at the University of British Columbia. Her most recent book, How to Change Everything: The Young Human’s Guide to Protecting the Planet and Each Other, is a call-to-action for the young people who have inherited the climate crisis. Teaming up with Rebecca Steffof, Klein provides readers with inspiration, ideas, and most importantly, the tools to build a better future. Her other recently released book, On Fire: The (Burning) Case for a Green New Deal, frames the battle for climate justice as inextricably linked to the fight for our lives. In addition to becoming a New York Times bestseller, On Fire was named a Best Climate Book by Fast Company magazine, and hailed by the LA Times as “an antidote to despair.” The book has inspired environmentalists seasoned and blossoming alike, with Klein being called the “intellectual godmother of the Green New Deal,” by 350.org founder Bill McKibben, and as the “great chronicler of our age of climate emergency, an inspirer of generations,” by Greta Thunberg.  A true force of nature herself, Klein’s powerful influence has had a ripple effect on an international level. She was one of the organizers and authors of Canada’s Leap Manifesto, a blueprint for a rapid and justice-based transition off fossil fuels endorsed by over 200 organizations. She later co-founded The Leap, a climate justice organization developed from the Manifesto to inject new urgency and bold ideas into confronting the intersecting crises of our time: climate change, racism, and inequality. In 2019. Klein was named one of the The Frederick Douglass 200: a project to honor the impact of 200 living individuals who best embody the work and spirit of Douglass.

Klein’s canon of environmental literature has left a deep impact. An instant New York Times bestseller, This Changes Everything won the Hilary Weston Writers’ Trust Prize for Nonfiction and became a feature documentary directed by Avi Lewis, which premiered at the Toronto International Film Festival. Her previous book The Shock Doctrine won the inaugural Warwick Prize for Writing, was named the New York Times Critics’ Pick of the Year, and was adapted into a documentary that premiered at the Sundance Film Festival. The Battle for Paradise, adapted from Klein’s feature article for The Intercept, offered a startling investigation into the ways disaster capitalism undermines a nation’s recovery and all royalties went to disaster relief in Puerto Rico. Klein was awarded Australia’s prestigious Sydney Peace Prize, for “exposing the structural causes and responsibility for the climate crisis, for inspiring us to stand up locally, nationally and internationally to demand a new agenda for sharing the planet that respects human rights and equality, and for reminding us of the power of authentic democracy to achieve transformative change and justice.”

Klein is a member of the board of directors for climate-action group 350.org, a Senior Correspondent for The Intercept, and a Puffin Fellow of the Type Media Center. She is a Marielle Franco Fellow of the Social Justice Institute at the University of Chicago, and from 2018-2021, she was the inaugural Gloria Steinem Chair for Media, Culture, and Feminist Studies at Rutgers University. Klein has written a regular column for The Nation, The Globe and Mail, and The Guardian that was syndicated in major newspapers around the world by The New York Times Syndicate. She has also been a contributing editor at Harper’s and Rolling Stone. Her articles have appeared in The New York Times, The New Yorker, The Washington Post, Newsweek, The Los Angeles Times, The Boston Globe,  and the London Review of Books. Klein is a regular media commentator, appearing on such shows as BBC Newsnight, Democracy Now, The Rachel Maddow Show, The Colbert Report, and HBO’s Real Time with Bill Maher. In 2015, she was invited to speak at the Vatican to help launch Pope Francis’s historic encyclical on ecology, Laudato si’. She has multiple honorary degrees and received the International Studies Association’s IPE Outstanding Activist-Scholar award.

How To Change Everything

The Young Human's Guide to Protecting the Planet and Each Other

Naomi Klein: 'We shouldn’t be surprised that kids are radicalised'