When we talk openly, frankly, and honestly about mental health, we’re one step closer to healing. 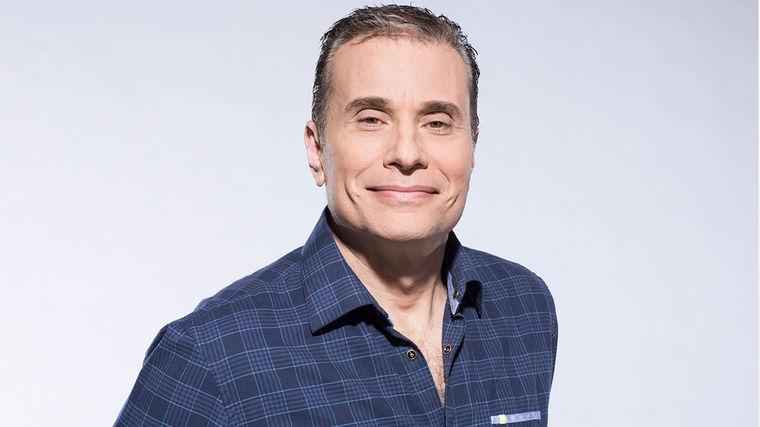 Darkness and Hope: Depression, Sports, and Me

How Sharing Personal Pain Can Save Lives

A veteran broadcaster and former host of Off The Record, Michael Landsberg is as brash, witty, and smart as you’d expect—but that’s not all. He’s also one of the country’s most staunch and vocal mental health advocates. After publicly talking about his own struggle with depression for decades, Landsberg founded #SickNotWeak: a nonprofit dedicated to eradicating stigma and building community. In talks, he shows us that the road to healing begins with non-judgemental conversation.

“Imagine if you had the power to change lives just by talking. Imagine if you knew you could save lives by simply telling your story … Together, we can change the stigma that surrounds this disease.”

The phrase “off the record” connotes a hushed conversation, but TSN’s popular talk show of the same name was anything but secretive. Hosted by Michael Landsberg, the series—which recently ended after an 18-season run—was full of personality, humor, debate, sports commentary, pop culture, and big name personalities. On stage, Landsberg was a candid and funny host who didn’t shy away from taboos. He spoke openly about his personal battle with depression, and considered breaking the stigma around mental illness his most important calling. Today, Landsberg is an ambassador for Bell Let’s Talk, an initiative raising awareness about mental health, and the founder of #SickNotWeak, a nonprofit that reframes mental illness as a health issue, rather than a character flaw. The organization serves as both a resource and community for people living with mental illness, and those who wish to support their loved ones.  “I want people who suffer from depression to feel motivated to share and to get help. And I want people who don't suffer, but who will be touched by depression, to look at this as an illness and not a weakness and to create an environment where more people can share and not feel like they are being judged,” Landsberg explains.

In his documentary Darkness and Hope: Depression, Sports, and Me, Landsberg opened up about his own struggles with depression, as well as interviewing famous guests about their own battles. Olympian Clara Hughes, two-time Stanley Cup champion Stéphane Richer, and four-time World Series winner Darryl Strawberry all appeared in the film. Darkness and Hope was nominated for a Canadian Screen Award, and Landsberg was personally honored with the organization’s Humanitarian Award. The Canadian Alliance on Mental Illness and Mental Health also named Landsberg one of its Champions of Mental Health.

One of the best-known personalities in Canadian broadcasting, Landsberg has been with TSN since the network’s inception. He hosted Off the Record from its debut in 1997 to its finale in 2015 and is currently the co-host of TSN’s First Up. Twice nominated for the Gemini Award for Best Host or Interviewer in a Sports Program or Sportscast, Landsberg was the Whistler Host for Olympic Daytime on CTV during the Vancouver 2010 Olympic Winter Games. During the London 2012 Olympic Games, he anchored TSN’s Olympic Daytime.

“Michael was excellent! So much better to hear a speaker that has experienced depression than someone who talks from book knowledge. Great information, especially for those with no insight to mental health, what to look for and how to address it. It was the best keynote I have heard in a very long time. Relatable, engaging and real.”

Workers Compensation Board of PEI
Testimonials

“Michael was the perfect keynote speaker, and was extremely well received by about 700 delegates. He's charming, easy to work with, and really delivers. He stayed on for about an hour talking to people. I would not hesitate to use him again & can think of several client applications.”

“We were beyond thrilled with Michael! He was an incredible speaker and had such an impact on our community. He was engaging, down to earth, humorous, and inspirational. The schools where he presented had very positive feedback, and the attendees at our sold-out gala were so impressed. He spent time speaking with our guests, our sponsors, and our youth. Thanks again!”

“Michael was a great choice in highlighting the importance of being honest and open about mental health, reducing stigma and reaching out for help when you need it. At Red River College we have a diverse community of students, staff and faculty and he was relatable to all! It was critical for Michael to know in advance who would be his audience so he could customize his delivery. He was spot on! His genuine and engaging delivery had everyone’s attention and we are still benefiting from the impact his powerful story and message. He was all that, and so much fun too!”

Darkness and Hope Depression, Sports, and Me

Michael Landsberg was the charismatic and outspoken host of TSN's Off the Record—and from watching his show, you'd never guess that he has been battling mental illness and depression for most of his life. Lifting the stigma from this topic, Landsberg delivers a powerful and personal keynote on the dangerously misunderstood issues of depression and mental health. Depression can affect even the most successful of athletes—from Clara Hughes, one of the great amateur athletes in Canada, to four-time World Series winner Darryl Strawberry. Landsberg shares the story of his own battle with mental illness, as well as the unexplored stories of some of the world's most recognizable sports figures, to show us that recovery, strength and hope are possible in some of our darkest times.

Michael Landsberg goes on the record about mental health, power of social media

Q and A: TSN's Michael Landsberg on the 'deep hole' of depression

In Their Own Words: Michael Landsberg

Today is #BellLetsTalk: End the Stigma Around Mental Health and Start Talking

The stigma surrounding mental illness is one of the biggest barriers to mental health care. The...

Last December, Michael Landsberg ended his 18-year run as the host of TSN’s Off the Record. Now, he...

When Michael Landsberg first took to the keynote circuit as a mental health speaker, people were...

Mental health speaker Michael Landsberg is known for his charismatic role as the host of TSN's Off...

Most people know Michael Landsberg as the charismatic face of TSN's Off The Record. While sports...

"If you talk about mental illness in a dark, sombre message, no one is going to listen," Michael...

When most people hear the name Michael Landsberg, they don't immediately associate him with the...