Can a simple piece of paper revolutionize the world's food economy? 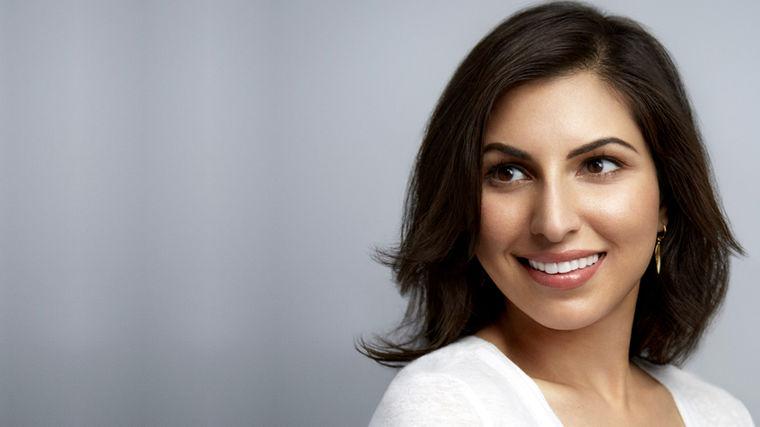 Can a Piece of Paper Change the Way We Eat?

When Women Doubt Themselves, We All Lose

Despite the technology we have today, twenty-five percent of food continues to be lost to spoilage. But for social entrepreneur Kavita Shukla, there’s a simpler solution: FreshPaper. A biodegradable produce sheet that keeps food fresh, FreshPaper landed Shukla on Forbes’ “30 under 30,” Fast Company’s “7 Entrepreneurs Changing the World,” and TIME’s “Five Most Innovative Women in Food.” An inspiration for social entrepreneurs and women in business, Shukla explains how simple ideas—low-tech and low-cost— have the power to change the world.

Kavita Shukla is the Founder and CEO of The FRESHGLOW Co. and the inventor of FreshPaper. What started as a middle-school science project—inspired by an Indian home remedy—soon developed into a world-changing innovation taking on the massive challenge of global food waste. Made from organic spices, FreshPaper is a disposable, recyclable, and biodegradable sheet that naturally keeps produce fresh for longer—thereby reducing food spoilage. Today, it’s used by farmers and families around the globe, and The FRESHGLOW Co. has partnered with some of the largest retailers in the world. The young entrepreneur holds four patents (and several international honors) for her innovation, and was the youngest woman ever to receive the INDEX Design to Improve Life Award—the world’s largest prize for design, presented by the Crown Princess of Denmark.

“Smarter than even the smartest technology.”

Shukla’s story of simple beginnings, belief, and empowerment has inspired millions worldwide—even becoming the subject of a short film by Hollywood actress and director Bryce Dallas Howard. Shukla has spoken about the power of simple ideas at the White House, the United Nations, SXSW, the Global Entrepreneurship Congress, TEDxManhattan, Harvard University, MIT, and Johns Hopkins University. She was also a featured speaker at the Women in the World Summit, along with Hillary Clinton, Angelina Jolie, Meryl Streep, and Oprah Winfrey. Shukla was honored at Variety’s annual “Power of Women” alongside March for Our Lives’ Emma Gonzalez, Emmy Award winner Tiffany Haddish, and Oscar-winning actress Natalie Portman. Recently, she was invited to testify before the United States Congress about how her simple innovation went global.

Shukla’s innovations and her quest to take on global food waste have been featured by CNN, Bloomberg, The New York Times, Fortune, The Washington Post, The Economist, Oprah Magazine, Glamour, and The Today Show. She has been inducted into the National Gallery for America’s Young Inventors, and was a First Place Winner at the Intel International Science & Engineering Fair. She holds a BA from Harvard University.

Changing the World, One Piece of Paper at a Time

Kavita Shukla’s breakthrough innovation—FreshPaper, a simple, biodegradable spice-infused paper that helps keep food fresh—began as a middle-school science project based on her grandma’s home remedy. Shukla began selling her product out of a stall in a Cambridge, Massachusetts farmers’ market; now it’s been heralded by everyone from The New York Times to Oprah Winfrey for its potential to address the massive global challenges of food waste & hunger. In this talk, Shukla shares the story of how FreshPaper came to be, and the challenges she’s faced—and overcome—in her journey as a young entrepreneur, businesswoman, and activist for global social change.

The 5 Most Innovative Women in Food and Drink

Saving food, one sheet of paper at a time

How Kavita Shukla Is Changing the Way We Eat

FreshPaper inventor and Lavin speaker Kavita Shukla—named one of TIME Magazine’s “5 Most Innovative...