Asperger’s isn’t a disease that needs curing; it’s a way of experiencing life that needs understanding. 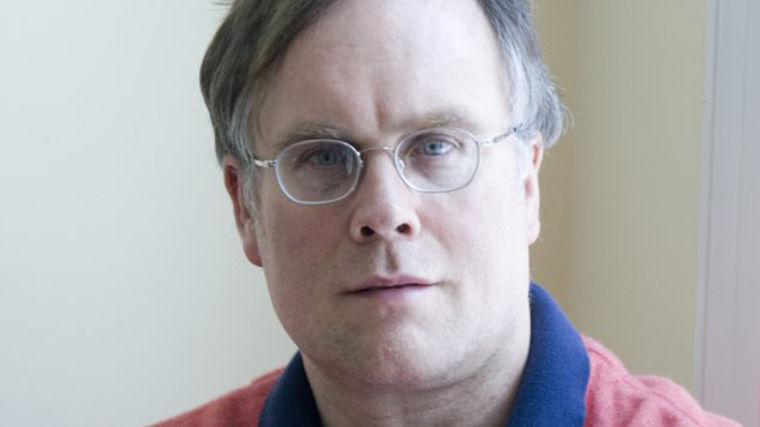 Look Me in the Eye: The John Elder Robison Story

John Elder Robison grew up with Asperger’s Syndrome, and was undiagnosed until the age of 40. He nevertheless lived an incredible life. In his new book Switched On, he describes how a powerful brain therapy has allowed him to sense other people’s feelings and claim a newfound emotional intelligence. A leading voice on autism, he implores audiences to find strengths where others see weaknesses.

“Deeply felt and often darkly funny, Look Me in the Eye is a delight.”

John Elder Robison is the Neurodiversity Scholar in Residence at the College of William and Mary in Williamsburg, VA, and one of the founders of the Neurodiversity Program at the school—one of the first of its kind at a major American university. He teaches neurodiversity at the Williamsburg campus and at the Washington DC continuing ed facility. He is an active participant in the ongoing discussion of ethical and legal issues relating to autism therapy, services, and intervention. He is particularly interested in improving quality of life for those people living with autism today—both autistic people and family members. He’s been a member of the Interagency Autism Coordinating Committee of the US Department of Health and Human Services, and he serves on other boards for the US National Institutes of Health, the Centers for Disease Control, and private organizations. He is also a Professor of Practice in the Department of Education at Bay Path University in Longmeadow, MA, and the co-founder of the TCS Auto Program, a special ed high school program for teens with developmental challenges in Springfield, MA.

“It’s a fantastic life story told with grace, humor, and a bracing lack of sentimentality.”

— Entertainment Weekly on Look Me in the Eye

In his younger days Robison worked as an engineer for KISS and Pink Floyd’s sound company, and worked on original electronic games at Milton Bradley. Later on he founded J E Robison Service—a restorer of Land Rover, Rolls Royce, and Mercedes motorcars.

Robison’s books Switched On: A Memoir of Brain Change and Emotional Intelligence, Look Me in the Eye, Be Different, and Raising Cubby are the most widely read accounts of life with Asperger’s in the world. His books have been translated into more than fifteen languages, and they are sold in 60+ countries. Robison has also authored or contributed to over 100 autism-related articles.

“It was truly an honor to have John come to Eagleton School. Our students enjoyed the visit and they are inspired! He is an amazing and courageous human being and we are lucky to have had the opportunity to meet him and hear his message.”

It’s long been assumed that people living with autism and Asperger’s are born with a diminished ability to read the emotions of others, even as they feel emotion deeply. But what if we’ve been wrong all this time? What if that ‘missing’ emotional insight was there all along, locked away and inaccessible in the mind?

In 2007, John Elder Robison wrote the international bestseller Look Me in the Eye, a memoir about growing up with Asperger’s. Amid the blaze of publicity that followed, he received a unique invitation. Would John like to take part in a study led by one of the world’s foremost neuroscientists, who would use an experimental new brain therapy in a major effort to understand and then address the issues at the heart of autism and Asperger’s?

In this keynote, based on his new book Switched On, Robison tells the extraordinary story of what happened next. Having spent forty years as a social outcast, misreading other’s emotions or missing them completely, John is suddenly able to sense a powerful range of feelings in other people. However, this newfound insight brings new problems and serious questions. As the emotional ground shifts beneath his feet, Robison struggles with the very real possibility that choosing to diminish his disability might also mean sacrificing his unique gifts—and even some of his closest relationships.

Look Me in the Eye My Life with Asperger’s

In affecting, unforgettable talks, John Elder Robison details how he overcame enormous odds to lead a fulfilling life: from an anti-social child to a successful father now running a multi-million dollar car specialty shop and his own photography business. Though his life is unique—he’s designed guitars for KISS and toys for Milton Bradley—it’s equally rich with clues to both spotting autism in children and harnessing the best from those already diagnosed. (Some autistic kids excel at math, in engineering, and with technology.) Robison has been applauded by thousands—the general public, teachers, mental health workers—for his storytelling skill, his on-stage compassion, and his insistence that anyone can lead successful lives according to gifts, not limitations. Asperger’s is not a disease that needs curing; it’s a way of experiencing life that requires only understanding and encouragement from others. Robison reminds us that people “on the spectrum” can develop throughout their lives, and that it’s never too late to hope for or expect change.

In this talk, John Elder Robison describes how the differences of autism and ADHD can disable us as children even as they confer powerful competitive advantages upon us as adults. Though poignant examples from his own life, Robison shows how traits that crippled him as a child actually facilitated some of his greatest accomplishments as an adult. He shares a new way to look at disability, difference, and giftedness, and offers a different paradigm for educators, parents, and neurodiverse people. Anyone who is personally affected by autism, Asperger’s, or ADHD will find this talk illuminating and inspiring.

In this talk, John Elder Robison presents a new way to look at the education of young people who are “different.” Why is this important? Researchers have begun to realize that many of humanity’s greatest minds showed traits of difference—what we now call neurodiversity (for neurological diversity.) As great a genius as Michelangelo was, he’d probably struggle to graduate high school if he were growing up today. The same can be said for Einstein, Newton, and a host of other great thinkers. Drawing on experience with his TCS high school program and his work as Neurodiversity Scholar in Residence at The College of William & Mary, Robison talks about how forward thinkers in high schools and colleges are blazing a trail to a new form of education which is more inclusive and more successful.

Hiring on the Spectrum Neurodiversity at the Workplace

People with autism often have special skills, especially in the fields of math, engineering, and technology. In this talk, John Elder Robison shares his story of life on the autism spectrum and as the founder of the only program that teaches a trade to special education students in a real-world environment. He reveals why companies should take an active role in hiring the neurodiverse, and navigates the benefits and pitfalls for both employer and employee. We can harness people’s special skills, he says, by looking for gifts instead of limitations. There’s much to be gained—for your bottom line, for the autistic person you employ, and for society at large—when hiring someone on the spectrum.

A Memoir of Brain Change and Emotional Awakening

A Father and Son's Adventures with Asperger's, Trains, Tractors, and High Explosives

My Adventures with Asperger's and My Advice for Fellow Aspergians, Misfits, Families, and Teachers

Look Me in the Eye

My Life with Asperger’s

John Elder Robison discovers the dark side of emotions

How an experiment gave me the ability to read emotions

An Experimental Autism Treatment Cost Me My Marriage

John Elder Robison lived with Asperger's Syndrome before people knew what to make of it. Now—just as...

John Elder Robison, author of the bestselling memoir Look Me In the Eye, will be adding another book...

John Elder Robison didn't know he had Asperger's syndrome until he was forty years old -- an...

John Elder Robison, Lavin speaker and author of Look Me in the Eye, was recently profiled on an...

Author, mechanic, designer, photographer, speaker — these are just a few words that could describe...