The passion for equality is the "hidden code" that will drive us toward a unified America. 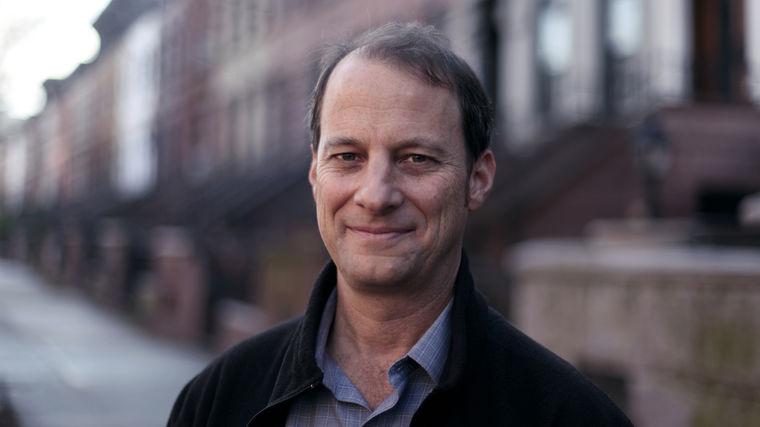 What Happened to the American Dream?

COVID-19 and the response that followed exposed America’s glaring inequalities like never before. In the wake of this deeply divided moment, is there anything that can bring us together? George packer says yes. In his book Last Best Hope, the National Book Award-winning author explores the nation’s descent into a failed state, and offers a new path forward for overcoming our injustices, paralyses, and divides.

“George Packer has given us a thoughtful and ultimately hopeful book about crisis and opportunity. Americans seeking to understand our current moment—which is to say, most Americans—will find much to profitably ponder in these pages.”

— Jon Meacham, author of The Soul of America

In the year 2020, Americans suffered a global pandemic, polarizing protests, and yet another tumultuous election. In his book Last Best Hope, selected as one of the New York Times’ 100 notable books of the year, George Packer traces the shocks back to their sources. He explores the four narratives that now dominate American life: Free America, which imagines a nation of separate individuals and serves the interests of corporations and the wealthy; Smart America, the world view of Silicon Valley and the professional elite; Real America, the white Christian nationalism of the heartland; and Just America, which sees citizens as members of identity groups that inflict or suffer oppression. In lively and biting prose, Packer shows that none of these narratives can sustain a democracy. To point a more hopeful way forward, he looks for a common American identity and finds it in the passion for equality—the “hidden code”—that Americans of diverse persuasions have held for centuries. Last Best Hope is a stirring, vital, and ultimately hopeful account of the crises we’ve endured and the opportunities that await us on the other side, should we be so willing to explore them.

In his 2016 book The Unwinding, a National Book Award Winner, Packer explored the rise of populism, institutional collapse, and the unraveling of the American Dream—themes especially relevant in the wake of Trump’s election. However, the book, called a “professional work of journalism that also happens to be more intimate and textured—and certainly more ambitious—than most contemporary works of U.S. fiction dare to be” (The Los Angeles Times), has also stood the test of time. In 2019, The Unwinding was named one of the “Top 50 Nonfiction Titles of the Past 25 Years” by Slate. Packer’s recent book, Our Man: Richard Holbrooke and the End of the American Century offered a vivid saga of the ambition, idealism, and hubris of Richard Holbrooke, one of the most legendary and complicated figures in recent American history. The Times wrote “Our Man not only revitalizes but in some ways reinvents the art of journalistic biography.”

Packer is the 2019 recipient of the Hitchens Prize; given in memory of the late Christopher Hitchens to a journalist or author who demostrates a deep commitment to the pursuit of truth and free expression, without concern for professional or personal consequences. He has published four other works of non-fiction: The Assassins’ Gate: America in Iraq; Interesting Times: Writing from a Turbulent Decade; Blood of the Librerals; and The Village of Waiting. He is also the author of two novels, The Half Man and Central Square, and a play, Betrayed. Packer is the editor of The Fight Is for Democracy: Winning the War of Ideas in America and the World, and of a two-volume edition of George Orwell’s Essays. He has been a Guggenheim Fellow and a Holtzbrinck Fellow at the American Academy in Berlin.

“Our event last night was an over-the-top success. George drew an impressively large crowd; his talk was outstanding; my computer this morning was jammed with congratulatory e-mails. Last night ranks as one of our best events ever.”

America in 2020 was, undoubtedly, a nation divided. And though we should be collectively celebrating the beginning of the end of the pandemic, many citizens remain disheartened by the inept response by our government and politicians; the weakened power of our public institutions; and the rising inequality that has become impossible to ignore.
In Last Best Hope, National Business Book Award-winning author George Packer returns with a sharp, clear-eyed analysis of our current moment. Breaking down the dominant ideologies that now define America, Packer offers fresh insights into how Americans of all backgrounds define freedom, and how we can use the underlying passion for equality to lead us toward a more unified, progressive nation.
Lucid and optimistic, this book and its accompanying talk, reveals a hopeful path towards overcoming our divides.
Politics & Society

Why is America in danger of coming apart at the seams? Why are elites no longer elite, institutions no longer functioning, and ordinary people left to improvise their own schemes for success? George Packer, author of New York Times bestseller and National Book Award winner The Unwinding: An Inner History of the New America, creates an intimate, documentary-style portrait of America today. He maintains that there’s been an undoing of the deal that used to exist between Americans: if you work hard and do your part, there will be a place for you and your children in the nation. In the last generation, this has begun to come apart. More and more people now feel they have to go their own way: for some people this has been a good thing, for others it’s been destabilizing and even devastating.

Drawing from extensive research and first-hand “method” investigation, Packer weaves together stories from America’s centers of power and its forgotten places. He takes audiences on a journey through the lives of several Americans, including Dean Price, the son of tobacco farmers, who becomes an evangelist for a new economy in the rural South; Tammy Thomas, a factory worker in the Rust Belt trying to survive the collapse of her city; and Jeff Connaughton, a Washington insider oscillating between political idealism and the lure of organized money. And, he warns audiences that we are getting closer to the America of The Great Gatsby—of life lived through the people at the top, through celebrities and their stories. What is the future of our fractured, collapsing nation? What can we learn from this generation’s successes and failures? Packer presents a profoundly moving and utterly original perspective on what it feels like to be alive and in America at this moment.

America in Crisis and Renewal

Richard Holbrooke and the End of the American Century

An Inner History of the New America

Writings from a Turbulent Decade

The Village of Waiting

Blood of the Liberals

The End of the American Century

The Agony and the Ecstasy of Richard Holbrooke

14 New Books to Watch For in May

The Unwinding: An Inner History of the New America by George Packer

Stories of Hope Amid America’s *Unwinding*

Review: The Unwinding: An Inner History of the New America, by George Packer

Bridging the Divide: The Top 10 Political Speakers Standing Up for Democracy

Ever since the 2016 election, American politics have seemed more like a circus than a system of...

In his latest book, award-winning journalist George Packer tells the story of controversial...

Are We Living in 1984? George Packer Revisits Orwell’s Dystopian Novel for The Atlantic

George Packer Wins the 2013 National Book Award for The Unwinding

Congratulations to George Packer, who took home the 2013 National Book Award last night for his...

An Unwinding American Dream: George Packer On Living In The U.S.A.

The cover of new speaker George Packer's breakthrough new book, The Unwinding, is graced with an...

"We are both more free and less equal than a generation ago," new speaker George Packer tells the...

Review: The Unwinding By George Packer Is The "Defining Book Of Our Time"