Justice in America is at a crossroads. We have the opportunity to forge a better, fairer future.

Prof. of Social Psychology & Organizational Behavior at Stanford | Director of the Polarization and Social Change Lab 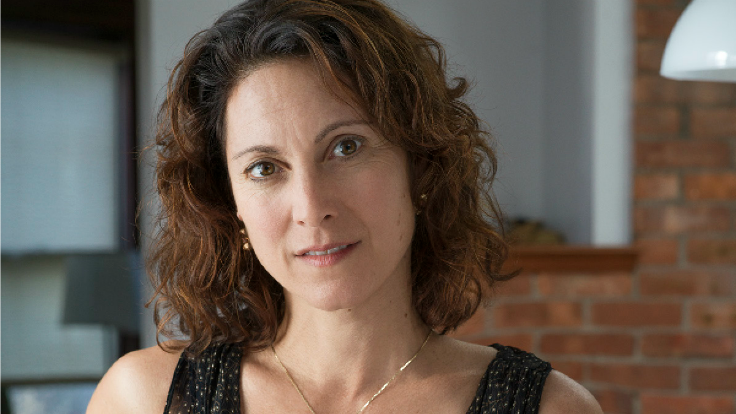 Restoring Faith in the Justice System

“Criminogenic” How Prisons Cause More Crime

Gender, Autism and the Empathy Deficit

Emily Bazelon sheds vital light on the enormous and oft-misused power of the American judicial system in shaping our society. Her book Charged—which debuted on the New York Times bestseller list—provides a bracing investigation of a criminal justice system with unchecked power, and the remarkable efforts being made to address and reform the national crisis that mass incarceration represents.

“This combination of powerful reporting with painstaking research yields a comprehensive examination of the modern American criminal justice system that appeals to both the head and the heart.”

— The New York Times on Charged

Emily Bazelon is a staff writer at The New York Times Magazine, where she writes on today’s most breaking legal matters—from voter fraud, national security and capital punishment, to abortion, prostitution, sexual assault and transgender rights. In her book Charged: The New Movement to Transform American Prosecution and End Mass Incarceration, Bazelon follows the story of two young people caught up in the criminal justice system, tracking every phase of the process. TIME named it one of the Best Non-Fiction Books of 2019 So Far. Throughout the book, Bazelon illustrates how criminal prosecutions can go wrong and, more importantly, why they don’t have to. How can we put a definite stop to the issue of mass incarceration in America? Bazelon argues that one answer is reform of the outsize role played by prosecutors in criminal justice. In a starred review, Publisher’s Weekly calls Charged “a powerful indictment of the traditional prosecution model.” An incredible new companion talk offers Bazelon’s lively analysis of both the optimistic counter-efforts and the systemic battles at play.

Bazelon’s ground-breaking investigative journalism (and knack for storytelling), coupled with her extensive legal knowledge—she is the Truman Capote Fellow for Creative Writing and Law at Yale Law School, as well as a lecturer there—makes her one of the leading authorities on jurisprudence and justice in America. A former senior editor of both Legal Affairs and Slate, Bazelon is now co-host of Slate’s popular weekly podcast Political Gabfest. She also hosts the Slate narrative podcast Charged: A True Punishment Story, about the fight to transform one big-city justice system.

Bazelon is also an expert on the shifting landscape of bullying in the cyber age: what constitutes bullying? What can parents, teachers, and educators do about it? What role do personality traits, such as “grit,” character, and empathy, play in overcoming childhood trauma, and finding social success? She covers this and more in her bestselling book Sticks and Stones, a major contribution to the urgent international conversation on bullying.

Bazelon has spoken to audiences from the Aspen Ideas Festival to the Texas Bar Association to TEDxWomen. She was a frequent guest on The Colbert Report, and has since appeared on The Late Show with Stephen Colbert. She has also appeared on Today, PBS Newshour, MSNBC, Fresh Air, and All Things Considered. Her writing has appeared in The Atlantic, O: The Oprah Magazine, The Washington Post, and Mother Jones.

In this revealing new talk, Emily Bazelon exposes the unchecked power of the prosecutor as a driving force in America’s mass incarceration crisis—and charts a way out. Drawn from the investigations of her book Charged, this fascinating keynote details the damage overzealous prosecutors can do—and also the second chances they can extend, if they choose. With realistic optimism, Bazelon tells of reform-minded D.A.s who have been elected in some of our biggest cities, as well as in rural areas in every region of the country, put in office to do nothing less than reinvent how their job is done. If they succeed, they can point the country toward a different and profoundly better future. Audiences will come away from this talk with a clear-eyed view of the American criminal justice system—and  the movement for change.
Grit at School

In this timely talk, Emily Bazelon cuts to the beating heart of an increasingly important topic: bullying. She guides audiences on a sweeping, thoughtful, and empathetic journey through the social and legal ramifications, and answers key questions: Which school programs work best to combat bullying? How effective are the laws at protecting our children from this trauma? What do recent high-profile cases of bullying tell us about how the issue has changed over the years?  How are people using new technologies—smart phones, social media, texting—to both spread and combat bullying? Most importantly: is bullying happening to the degree that media reports suggest? Insightful and engaging, Bazelon empowers parents, educators and students with the tools to stop bullying, both in the classroom and online. This powerful keynote is a reminder of all that we can—and must—do to help our children succeed in any environment.

Will Florida’s Ex-Felons Finally Regain the Right to Vote?

When the Supreme Court Lurches Right

The New Front in the Gerrymandering Wars: Democracy vs. Math

She Was Convicted of Killing her Mother. Prosecutors Withheld Evidence That Would Have Freed Her.

Billionaires vs. the Press in the Era of Trump

Bullying in the Age of Trump

What Really Happened to Phoebe Prince?

Words That Hurt and Kill

Lessons for Society From Bullying and Its Psychic Toll

How to Stop the Bullies

Netflix’s new series When They See Us tells the story of the Central Park 5: the five teenagers who...

The 2020 Presidential Race is densely packed with contenders. Journalist and Lavin Speaker Emily...

What Defines A Bully? A New Talk With Emily Bazelon

Is there a difference between bullying and simply being mean? Emily Bazelon, a speaker on bullying,...

How Parents Can Stop Cyberbullying: Emily Bazelon On Morning Joe

Emily Bazelon, speaker on bullying and author of Sticks and Stones, says that we're not necessarily...

"In its prescriptions Sticks and Stones shines," the New York Times writes about Lavin speaker Emily...

Emily Bazelon, A Speaker on Bullying, Extolls the Virtues of Empathy

While it's commonly said that 'sticks and stones may break my bones but words can never hurt me,'...