Astronaut, inventor, and NASA director, inspiring young people from every background to aim for the stars. 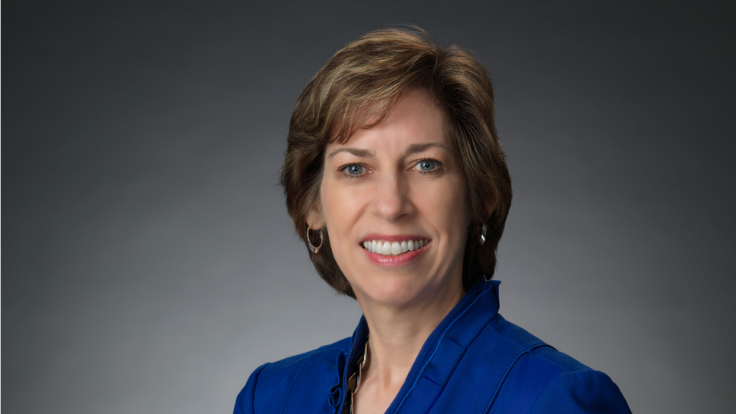 When Ellen Ochoa was a child, being an astronaut simply wasn’t an option for girls. She didn’t have role models in STEM who looked like her. But that didn’t stop her from climbing the ranks: from engineer to inventor and finally to the stars, making history as the first Latina in space. She didn’t stop there, becoming director of NASA’s Johnson Space Center, where she transformed its company culture to welcome diverse voices. Through her ground-breaking story, she became a role model for generations of girls and Latinx kids, inspiring them to aim high and speaking with authority on technology, innovation and sparking change in STEM fields.

Ellen Ochoa—inventor, astronaut and space center director—is a pioneer like no other. She made history as the first Latina to go to space, blazing a trail for other marginalized kids who dream of the stars. There were few minorities in leadership when she joined NASA—so she changed that, becoming the first Hispanic and second female director of the Johnson Space Center. Despite her many accomplishments, Ellen says the biggest role she’s played is in mentoring and advocating for the next generation: “astronauts, scholars, who will go on to accomplish more than we can imagine.” In her evocative talks, she draws from her wealth of experiences, both in space and on the ground, to empower audiences to break barriers and overcome adversity.

As a woman in engineering, Ellen often faced people who didn’t think she belonged there. Although she proved them all wrong, becoming a researcher and a patent-holding inventor, she remembers feeling lonely at times as the only Latina in many of her classes and jobs. That’s why she’s working to ensure that women and minorities feel seen and welcomed in STEM. She championed diversity and inclusion in her time at NASA, making life better for both those on the ground and those in space. Her revolutionary work on NASA’s company culture is still held up as an example of how to change the world by changing people’s minds—it was recently profiled in Think Again: The Power of Knowing What You Don’t Know, Adam Grant’s New York Times bestseller.

Ellen continues to give back to the community, inspiring the next generation of trailblazers like the early women in space inspired her. Helping people to dream bigger dreams is hugely rewarding to her. In addition to her talks, which engage hundreds of audiences across America, she chairs the National Science Board and served on its Vision 2030 Task Force to improve diversity in the STEM workforce. She’s in the Astronaut Hall of Fame and has received many honors, including NASA's highest awards: the Distinguished Service Medal and a Presidential Rank Award. She’s a fellow of the American Institute of Aeronautics and Astronautics and the National Academy of Inventors, among others.

“Ellen's talk at Oktane was so incredible! As a young engineer myself, it was really inspiring to see a woman who has had such an amazing career journey, and who also cares about improving the world for women in STEM. The in-session chat window was flooded with positive feedback and many even said it was their favorite session of the conference!”

“It was wonderful to have Dr. Ochoa. By far my favorite part of the conference, and my whole company was very excited. One colleague wrote: 'It is difficult to express how absolutely incredible it is to have Dr. Ochoa give a Postman Galaxy keynote chat!' Some of our attendees even brought their daughters to watch and ask questions, which warmed my heart so much. She's such a great speaker. Thank you for helping facilitate that. Honestly, virtual was difficult, but it gave us the opportunity to have speakers from all over the world and that feels worth it.”

Ellen Ochoa—the first Latina in space—has charted a dazzling and inspirational career path: from her early days as a researcher, to her four missions as an astronaut, to heading up NASA’s Johnson Space Center, Ochoa has seen first hand the importance of minorities in STEM, women in leadership positions, and the way innovative change management can push a team—an entire organization—forward. In customized keynotes, which can forefront any aspect of her work, Ochoa addresses a range of topics close to her heart and at the core of contemporary discussions about diversity, corporate management, science and engineering, space exploration, and so much else. An unforgettable evening with one of America’s trailblazers.

From the Archives: Ellen Ochoa’s first space flight made history

How Ellen Ochoa, the first Hispanic woman in space, dealt with ‘people who didn’t think I should be there’

NPR: Wisdom From The Top with Guy Raz