Keeping it real can be your business. If you have a story to tell, tell it. Your difference is your strength. 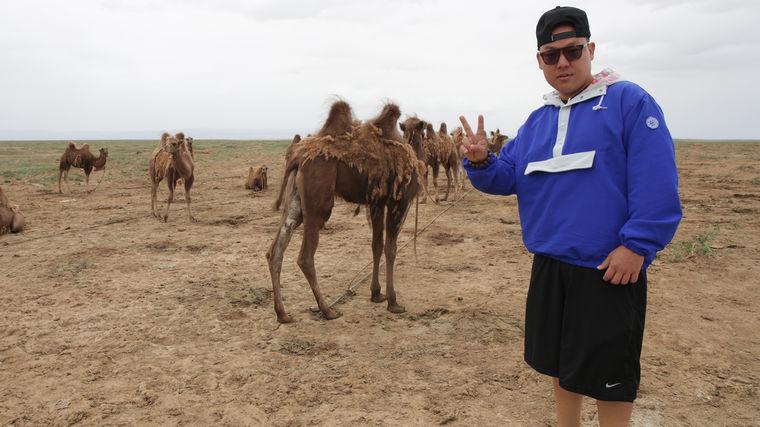 Race, Food, and Who We Are: Why Immigrants Need to Charge Full Price

Double Cup Love: Standing Up for Difference in Modern America

Learning Isn’t About Competing Against Others. It’s About Knowing Yourself.

Food as Politics and Food as Identity

Celebrity chef. Charismatic host of Huang’s World on VICE. Bestselling author of Fresh Off the Boat—adapted into the groundbreaking hit ABC sitcom—as well as Double Cup Love. Yes, entrepreneur Eddie Huang is many things, but beneath each incarnation is an irresistible story of entrepreneurship and self-made success. He speaks on how embracing cultural diversity—your own story—is vital if we want to grow as people, and as a society.

“I’ve devoted myself to speaking about people owning their own cultures that they’ve created, that they came over with, and educating people about the foundational values in culture.”

Eddie Huang’s memoir, Fresh Off the Boat, was hailed by The New York Times as “Bawdy and frequently hilarious ... a surprisingly sophisticated memoir about race and assimilation in America ... as much James Baldwin and Jay-Z as Amy Tan.” A sitcom based on the book, airing on ABC, is the first Asian American family-centric TV series in nearly 20 years. The show, also called Fresh Off the Boat, stars Randall Park as Louis, Constance Wu as Jessica, Hudson Yang as Eddie, Forrest Wheeler as Emery, and Ian Chen as Evan. It has been called “a long-overdue win for Asian-American representation in the primetime slot” (PolicyMic). Huang’s latest book, Double Cup Love: On the Trail of Family, Food, and Broken Hearts in China, is touted as a “fiercely original story of culture, family, love, and red-cooked pork,” and was called “another punch of passion” by Publishers Weekly. ​The New York Times ​calls it “an elaborate story of love and self-discovery … [Huang] regards the world with an understanding of its absurdities and injustices and with a willingness to be surprised.” In The New Yorker, ​Double Cup Love was praised for how it provides an authentic look at what being Asian American means in today’s American, and international, context, saying, “Huang is determined to tease out the subtle and not-so-subtle ways in which Asian-Americans give up parts of themselves in order to move forward … Fortunately for us, he’s not afraid to speak up about it.”

“Long before I met him, I was a fan of his writing, and his merciless wit. He’s bigger than food.”

Huang’s food/travel series, Huang’s World​, is now airing on VICE’s new television network Viceland. The show focuses on “exploring identity using food as an equalizer,” and reveals the world’s rich cultural and culinary diversities—with Huang as the ever-charming, idiosyncratic host (mixing “food, travel, and attitude,” writes The New York Times​). He is widely known as the chef and owner of the popular Taiwanese restaurant Baohaus in New York City’s East Village, and host of MTV’s Snack-Off. Huang is also a panelist on MTV2’s Jobs That Don’t Suck and has appeared on Anthony Bourdain’s The Layover.

“It was a pleasure meeting you last week at our NAMIC Conference. I wanted to say thank you so much for your moving and heartfelt speech. I appreciated you being aware of our needs and asking me to read your speech prior and discussing the audience, topic, and theme. And it was a perfect home run. The crowd was so moved and enlightened, and one executive said to me, ‘Wow, that was so impactful. I learned more about marketing from his personal story than listening to tactics and percentages.’ I hope your experience was as positive as ours. Thanks again and I can’t wait to eat at Baohaus!”

“Eddie’s keynote was the best one at our event. I should have had him as the last speaker because the Student Centre cleared out when he was finished. My colleagues all agree that Eddie represented what our Real Talks event is about. What I personally enjoyed is when Eddie finished his keynote and what he said really hit home with students in the audience, prompting a bunch of questions. I remember Eddie saying to a student, ‘Are you living life for yourself or your parents?’ The fact that Eddie’s keynote got some many students to open up to him in that setting speak volumes.”

Embrace your inner weirdo. Make things that excite you. Create, adapt, and rebuild if you fail. Use reason, think critically, work hard, worry less. Never let anyone else define you. These are Eddie Huang’s life principles. Here’s one more: do things your own way. That’s what Eddie did.  He owns a restaurant, hosts shows for Vice and MTV, wrote a bestselling book, started a clothing line—the list goes on. In this dynamic talk geared to young people and entrepreneurs, Eddie dispenses entrepreneurial lessons with his entertaining, no-holds-barred flair. Raw, profound, and uproariously funny, Eddie draws on his adventures and successes to tell audiences that definitions aren’t worth it, that diversity of thought is key, that embracing unknowns—as he’s done time and again—can reap huge rewards. Everything, he tells you, is an opportunity to learn, to grow, and to move forward.

Race, Food, and Who We Are

Eddie Huang grew up in theme-park America, on a could-be-anywhere cul-de-sac in suburban Orlando. In this talk, he takes a look at his life so far and asks: What does it mean to be Asian in America right now? Race is part of who we are, he says, but it doesn’t have to define us. We should have the confidence to do whatever we want to do, free of the hindrances of race. At the same time, we need to remember our culture and honor it. The end goal of discussions about equality and diversity, Eddie reminds us, is freedom. Personal freedom. Frank, hilarious, and hopeful, Eddie talks about his own life, tells “Eddie’s story”—the story of a bright, brash, and hardworking Taiwanese kid who never let race define who he was, and who he could be. Beating back stereotypes like whack-a-mole heads, Eddie inspires audiences to look within and to tell their own narratives.
Your own story, in the end, is the only one worth telling.
Politics & Society

Food as Politics and Food as Identity

This is not your average talk about food. For Eddie Huang—a Chinese-American kid who grew up in anytown, USA—food was a gateway into his culture. For millions of Americans, it’s the same story. In wide-ranging keynotes, Eddie talks about food as politics and food as identity. Next to religion, food is perhaps the one thing immigrants can hang on to, even when language and history are lost. From the appropriation of ethnic cuisines (the practice of taking “ethnic” foods and putting them on pretty square plates) to his own journey through the never-dull restaurant business, Eddie’s personal, passionate, and knowledgeable talk conjures a vivid world of food production, consumption, and celebration. It will help you rethink your own relationship to the one tie that binds us all.

On the Trail of Family, Food, and Broken Hearts in China

Fresh Off the Boat

Eddie Huang on the Oppressive Whiteness of the Food World

Eddie Huang Is Starting A Movement

Chef Who Refuses to Be Defined by His Wok

All Eddie Huang Ever Wanted Was Everything

For Eddie Huang—accomplished author, TV host, and restaurateur—what’s left to achieve? The answer,...

Fresh Off the Boat: Eddie Huang's Sitcom Puts Asian-Americans Back on Primetime

Everyone's talking about Fresh Off the Boat—the first Asian-American family-centric TV series in 20...