Technology has made our lives better in many ways—but embracing our analog experiences is the key to building a truly human world.

Author of The Future is Analog, The Soul of an Entrepreneur and The Revenge of Analog 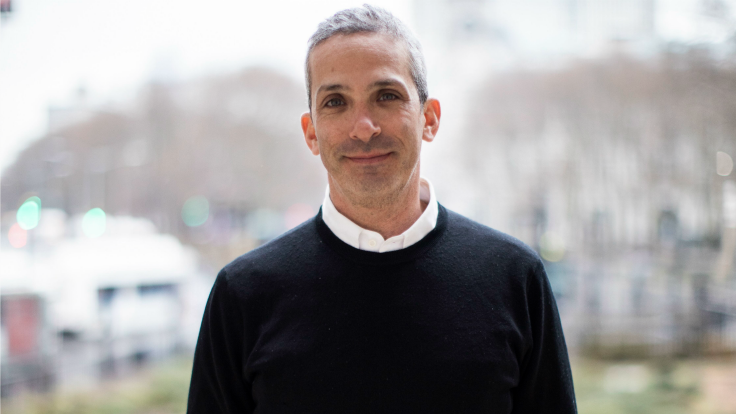 How Our Identities are Tied to the Tangible (4:12)

The Allure of Human Interaction (3:34)

Why the Human Touch Matters in a Digital World (3:12)

How Can Analog Tools Unlock Creativity and Productivity? (2:56)

We’ve been told that the future is digital—but over the past few years, we’ve learned that our real, analog lives are what make us feel most connected, purposeful, and human. Bestselling author David Sax argues that the key to thriving in our modern world is not accepting technology uncritically, but figuring out how to use digital tools to enhance our analog lives. Drawing on his new book The Future is Analog, David shows us how to build stronger relationships with customers, forge creative teams, make our workplaces more resilient, and “build a future with the human experience at the center.”

“Sax is great company, a writer of real and lasting charm.”

Award-winning author and business journalist David Sax argues that a digital future can augment our real, analog lives, but it can never truly replace them. The analog aspects of real life are so valuable—in the office, on campus, and in society—and David can show you how to build around them to innovate without losing sight of the human experiences that really matter. He presents a vision of the future where technology serves humans first and foremost, and where we can reject the downsides of technology while still embracing change. In funny, engaging talks, David draws on his new book The Future Is Analog—which Kirkus called “approachable” and “witty”—to make the case for taking hold of the best parts of our digital and analog worlds, so that we can build a future where technology frees us to be human.

In his #1 Washington Post bestseller The Revenge of Analog, David explores the cultural shift that occurred when digital upended every industry—and enabled a comeback for analog in the process. With common sense and uncommon charm, he’s a chief chronicler of this resounding shift both on stage and in this acclaimed book, named one of the best of the year by The New York Times’ Chief Book Critic, Michiko Kakutani. Retailers and tech giants the world over are fusing digital with analog to boost creativity and outsmart the competition—and David has his finger on the pulse of what this means for the future of innovation. In a starred review, Booklist called The Revenge of Analog “essential reading,” saying that David “thoughtfully, wisely, and honestly points out how analog experiences enhance digital creativity and how humans benefit from what both have to offer.”

The Soul of an Entrepreneur, David shows that becoming a successful entrepreneur doesn’t mean you have to be the next Steve Jobs or Elon Musk. Instead, he tells the real stories of everyday entrepreneurs —the local barbers, restaurants, family-owned factories, and businesses small and large that hold our communities and economies together. He reveals how we can ensure entrepreneurship is open and accessible to all—restoring the essential promise of our economy that anyone can be an entrepreneur. In his talks, he offers lessons and stories from a diverse group of entrepreneurs to teach us how we can build the emotional and spiritual resilience needed to withstand crisis.

A sophisticated analyst of major trends for consumers—and wider culture—David is also the author of two other fascinating accounts of pop culture and business. In The Tastemakers: Why We’re Crazy for Cupcakes But Fed Up with Fondue, he argues that food trends are not only a collection of photos on Instagram—they have an everlasting effect on our culture, workforce, economy, health, and day-to-day lives. The New York Times calls it “a romp” through the food industry that will “leave readers wondering about how susceptible we are to the charms of any new food.” His first book, Save the Deli: In Search of Perfect Pastrami, Crusty Rye, and the Heart of Jewish Delicatessen, won the James Beard Award for Writing and Literature. His other writing appears regularly in The New York Times, Bloomberg Businessweek, The New Yorker’s business blog, and LA Times, and he is a regular feature on CBC Radio and NPR.

“David delivered a great virtual session yesterday! It was the perfect fit for Small Business Week and certainly matched the passion that we see demonstrated by our tourism partners.”

The Future is Analog How to Create a More Human World

We’ve been told that the future is digital. But living in a digital world for the past few years has us all craving real, analog experiences again. How do we reject the downsides of technology while still embracing change? Drawing on his new book The Future is Analog, bestselling author David Sax argues that we can take hold of the best parts of our digital and analog worlds, and build a future where technology frees us to be human.

We can build around a core analog experience to add value to our relationships and businesses. For example, we can leverage embodied cognition—the way physical spaces provide enormous information that is lost in digital spaces—to brainstorm and innovate in radical ways. Whether you’re looking to build stronger relationships with customers, forge creative teams, or make your workplace more resilient and meaningful, David will show you how to design and innovate without losing sight of the human experiences that really matter.

In today’s interconnected world, food trends are popping up quicker, growing bigger, and having a greater impact on more of what we eat than ever before. In this talk, David Sax explores where these trends come from, how they grow, and what impact they have: on marketing, business, and the consumer. In doing so, he helps us not only understand why some foods become popular while others don’t, but he reveals how the power of consumer behaviour takes it way beyond just what we eat.

From the cronut craze to the impact of social media on food to world-changing trends (third-wave coffee, anyone?), Sax opens our eyes to the economic and cultural impact of what’s on our plate and in our pantry.

The Future Is Analog

How to Create a More Human World

The Soul of an Entrepreneur

Work and Life Beyond the Startup Myth

The Revenge of Analog

Real Things and Why They Matter

Why We're Crazy for Cupcakes but Fed Up with Fondue

In Search of Perfect Pastrami, Crusty Rye, and the Heart of Jewish Delicatessen

Why Strangers Are Good for Us

The Globe And Mail

‘The Soul of an Entrepreneur’ Review: Doing It for Themselves

To Get Through COVID-19, Entrepreneurs Need to Embrace These 2 Truths

The Coronavirus Is Showing Us Which Entrepreneurs Matter

What You'll Discover When You Unplug Over Christmas

The Revenge of Analog: An Interview with David Sax

Our Love Affair With Digital is Over

What Toronto Knows About Trump After Living Through Rob Ford

Pause! We Can Go Back!

The Analog Spaces in Digital Companies

The Failure of the iPad Classroom

How Years of Macho Food Marketing Is Killing Men

The Breathless Rhetoric (and Prosaic Economics) of Virtual Reality

In the Age of Cybercrime, the Best Insurance May Be Analog

Why Would Amazon Want To Be the New Barnes & Noble?

The Bacon Boom Was Not an Accident

Confessions of a Bandwagon Fan

Paleo, vegan, gluten-free—the only certainty about health trends is their reversal

"How Au Courant I Am, Eating This Pig Face"

Why Should Anyone Care About Food Trends?

Meetings Matter. The Revenge of Analog Author David Sax Explains Why In His New Talk.

As companies globalize and everyone shifts to digital conferences, Skype meetings, and online...

David Sax is a consumer behavior expert and the critically acclaimed author of The Revenge of...

“Analog may be more cumbersome and costlier than its digital equivalents,” says consumer behavior...

“Why do we buy the things we buy?” Asks David Sax, author of The Revenge of Analog and expert on...

A decade into the digital utopia, and its dark side is finally showing. Every day we learn another...

The promise of digital seems too good to pass up. With advanced technology, operations become...

Why Business Should Pay Attention to the Bacon Trend: David Sax

Cupcakes, cronuts, and the bacon we’re suddenly compelled to wrap around everything we eat are all...

Nothing Beats Bacon: Speaker David Sax on the Economic Impact of Food Trends

We're so pleased to announce that James Beard Award-winning writer David Sax has joined Lavin as a...