Knowing the difference between what we say we value, and what we actually value, goes a long way. 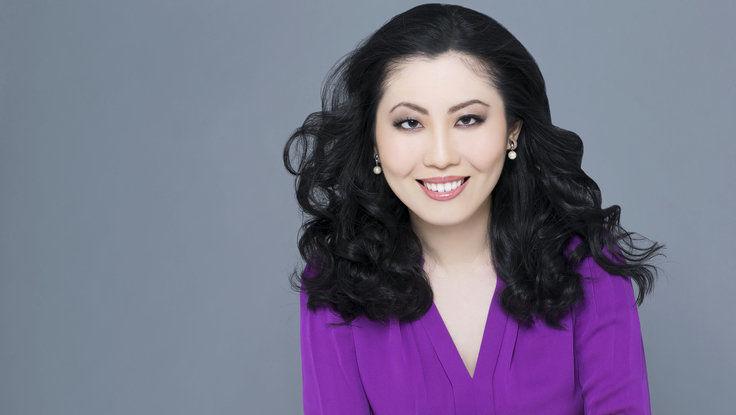 Can You Taste Price?

How can we attract—and retain—the talent we say we want in our organizations? According to Chia-Jung Tsay, a psychologist who specializes in judgement bias, it’s by understanding that we are not necessarily privy to our preferences. A lot of our decision-making is influenced by non-conscious beliefs, which in turn affects how we hire, invest, and negotiate. In her gripping, absorbing talks, Tsay lifts the veil to show us how we can overcome preconceived notions, make decisions based on real value, and develop mindfulness when it comes to building our organizations.

Chia-Jung Tsay is a tenured Associate Professor with the UCL School of Management. She examines the psychology behind decision-making, especially when it comes to selecting (and evaluating) candidates. One of her streams of research revealed a counterintuitive result: that while we think we prefer those who work hard to achieve success (“strivers”), we actually prefer people with in-born abilities (“naturals”). As Tsay discusses in her fascinating talks, understanding our biases can help us when it comes to tasks like recruiting new employees. Her work provides the skills and knowledge to not only attract talent, but retain them once they’ve come onboard.

Tsay’s work has been featured in The Atlantic, The Boston Globe, The Economist, Forbes, Harvard Business Review, Nature, Scientific American, TIME, The Wall Street Journal, WIRED, and on ABC, BBC, NPR, and many others. Tsay graduated Phi Beta Kappa with an A.B. in Psychology and an A.M. in History of Science from Harvard. As a classical pianist, Tsay has performed at venues including Carnegie Hall, Lincoln Center, and the U.S. Embassy. She holds degrees from the Juilliard School and the Peabody Conservatory of the Johns Hopkins University, where she later served as faculty. Tsay received a Ph.D. in Organizational Behavior and Psychology with a secondary Ph.D. field in Music from Harvard University, and has previously taught at Oxford, and the Wharton School of the University of Pennsylvania.

“I’d like to personally thank Chia for her inspiring talk at the DIT Policy School last week. It was a resounding success and her topic captured the attention of all participants.”

“I just wanted to thank you for your talk today. I found it both insightful and inspirational, and it’s inspired me to look up courses and continue learning at UCL”

“I attended the RI talk at which Chia spoke. I found her section by far the most interesting and original. My only regret was she didn't speak longer!”

“Chia delivered an outstanding half-day masterclass at our recent management conference in London, resulting in exceptionally positive ratings from our audience of business leaders. Chia talked about her ground-breaking research on the psychological influences on decision-making and interpersonal perception. It was a compelling mix of intellectual gravitas, thought-provocation and humour that kept our audience enthralled.”

“I really enjoyed your talk! Your insights are analysis are fascinating.”

A Better Way of Finding—and Keeping—Talent Retaining Your Recruits

What if you approached recruitment and hiring with fresher, more strategic criteria? Chia-Jung Tsay, an expert in the factors that influence our decision-making, instructs us to start by deciding on the skills and talents that we’re looking for—and then learning how to see it in candidates. Are you more willing to hire people who seem naturally talented, over those who have persisted through striving and effort? How much are you impacted by first impressions of candidates - what they say versus the nonverbals they seem to convey? These elements play heavily into the dynamics of recruiting and hiring, says Tsay, and if you can work with the knowledge she provides you with, you’ll also be better equipped when it comes to retaining that talent you worked so hard to bring onboard. How can we think differently, and expand beyond our traditional evaluation processes, on a grand scale? Tsay will help your audience understand how to identify an inclusive range of people who will complement each other in both skills and personality. The result? A better, happier, and more constructive workplace.
Consumer Behavior

Visual Biases How to Harness Visual Cues for Evaluation and Performance

Could you guess the winner of a music competition by sight alone? In a series of experiments, Chia-Jung Tsay revealed a counter-intuitive finding: that we’re more likely to pick the winners of live competitions through solely visual cues—no music needed. Visual cues can dominate our decision-making processes, and this has a profound impact on how we evaluate both people and information. In this keynote, Tsay awakens audiences to our mostly unacknowledged visual bias. We want to make wise decisions and long-term investments. And we want to select, promote, and reward actual talent. But to do so, we need to be mindful of our inclination to favor certain forms of information over others. Conversely, we can also learn how to harness visual cues to create lasting value—in everything from hiring more diverse staff to encouraging more accountability. It’s all about harvesting the power of visuals, Tsay argues—for better relations, organizations, and so much more.

Strivers v. Naturals What Do We Look for in Teammates, Candidates, and Leaders?

What do you value more when hiring a new employee: natural talent or hard work? Most of us are quick to say that we value grit and perseverance over in-born ability—especially when it comes to hiring and admissions. But, according to Chia-Jung Tsay, we’re more likely to choose “naturals” over “strivers.”

But why? Where does this hidden bias come from? And how can we address this preference openly, to transform the way we evaluate, recruit, and reward? Drawing from examples in both corporate and university settings, Tsay explores our preconceptions and cultural biases, and offers eye-opening and emboldening frameworks for thinking past them.

The Science of Snobbery: How We're Duped Into Thinking Fancy Things Are Better

People Favor Naturals Over Strivers — Even Though They Say Otherwise

NBA Finals: Are You a LeBron or a Curry?

Cooks Make Tastier Food When They Can See Their Customers

The Problem With Favoring Natural Talent Over Hard Work

How To Win That Music Competition? Send A Video

Do We Judge Music More on Sight Than on Sound?

The sound of silence

What Do We Look for in Teammates, Candidates, and Leaders? Chia-Jung Tsay Reveals Our Non-Conscious Biases

Are the decisions we make truly grounded in logic, or is there some other factor at work? New...