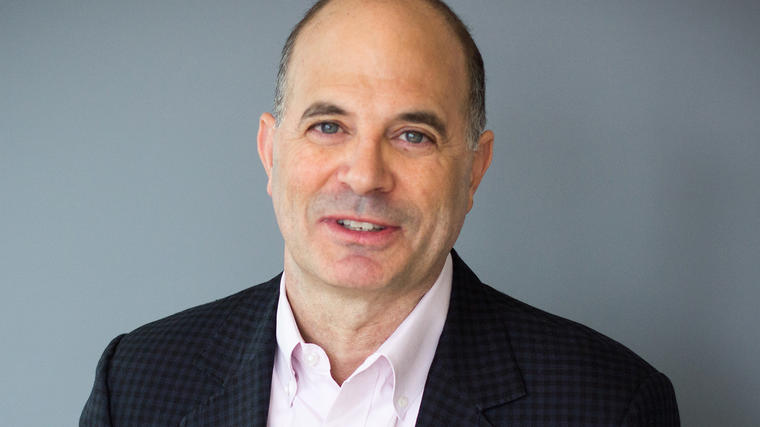 Cracking Open the World with a Silly Question (18:09)

Why Failures Leading up to the Moon Landing Were a Gift (5:28)

The moon landing didn’t just inspire a nation—it proved that, with the right leadership, we can solve complex problems and innovate quickly and under pressure. In his New York Times bestsellerOne Giant Leap, Charles Fishman explains how NASA rose to the impossible challenge set before them—inventing both space travel and modern project management. In talks, Fishman applies the revolutionary lessons of Apollo 11 to today’s urgent problems in business, education, and public life.

When JFK proposed the moon mission, NASA had no rockets, no computer that could navigate there, and certainly no spacesuits for the astronauts to wear. Yet eight years later, the American flag was firmly planted at Tranquility Base. The space race marked the most ambitious, most urgent, and most public project the world had ever seen. To get the job done not only required herculean effort, but bold leadership, creativity, discipline, and the teamwork of an entire country. In One Giant Leap, acclaimed New York Times bestselling author Charles Fishman explains how NASA managed 400,000 people over the course of eight years, without once losing sight of their goal—no matter how daunting it seemed.

Drawing from his years of original research, Fishman dives into the notion of “innovation on-demand:” Can we simply invent what we don’t know? And can we do it on a deadline? A budget? NASA narrowed in on the country’s shared—albeit, unprecedented—goal to create a culture of accountability, trust, autonomy, and community that fueled the project onward. Using the space agency’s unique management model as a blueprint, Fishman shows audiences that creativity does not have to be stifled by process, nor mired in bureaucracy. Intriguing, dramatic, and awe-inspiring, the moon landing undoubtedly makes for a great story, but it offers even more valuable lessons: how to unite in times of crises, how to think about human potential, and how to solve problems big and small. As the world once again faces large, complex, seemingly insurmountable challenges, we turn to mankind’s greatest achievement to guide us through.

Fishman—a three-time winner of the prestigious Gerald Loeb Award for Distinguished Business and Financial Journalism—is a renowned investigative and explanatory journalist, and no stranger to NASA. He spent six months covering the Challenger space shuttle disaster as a national reporter for The Washington Post, and has reported on space ever since, for The Atlantic, Fast Company, and Smithsonian. Fishman is also the author of The Wal-Mart Effect, the New York Times bestseller that was the first book to get inside Wal-Mart and explain how the world’s largest company really works. He is also the author of The Big Thirst: The Secret Life and Turbulent Future of Water, the bestselling book about water in a generation, chosen as a common read for a dozen schools and universities. Fishman is a contributor to The Atlantic, Fast Company, and Smithsonian, and is also the co-author of the #1 New York Times bestseller, A Curious Mind, about the power of curiosity, with Hollywood producer Brian Grazer.

“We had an amazing session with Charles and our global leadership team. Our thinking is often too linear — learning about Apollo showed us how to frame our Unilever ‘moonshots.’ By reaching for the Moon, we ultimately fast-tracked our own digital revolution.”

“We have had the pleasure of having Charles Fishman speak at two different events over the past 8 years. He was so popular with 'The Big Thirst,' we just had to bring him back. The Apollo moon landing story was the perfect way to start the last day of the conference, delivered in a riveting, enthusiastic and fun manner that earned the talk one of the highest rated keynotes we have had in 18 years. Thank you Charles!”

“Charles was a rock star. The executive committee enjoyed breakfast with him, and his talk went over very well. The Q&A could have gone on for way longer! He also did a book signing with a local bookseller. All in all, a great keynote, and an even better guy. Super nice, pleasant and fun to be with. He was very complimentary of our group but he may say nice things to all the kids!”

“Charles’ lecture was a tremendous success, I have received numerous comments from our patrons on how informative and engaging his lecture was. They particularly appreciated his ability and efforts to connect his lecture to Saratoga Springs and the time and research he did to help make it more relatable to them. He was wonderful to work with and we were so pleased to have him in Saratoga!”

When JFK unleashed NASA and America in a race to the moon in 1961, even the scientists and engineers inside the space agency had no idea how to do what Kennedy had charged them with. The U.S. at that moment had 5 minutes of spaceflight experience, there were 10,000 problems that needed to be solved to get to the moon—and Kennedy said it had to be done in just 8 years. In this talk, Fishman explains what innovation under-pressure looks like, and how to manage a project that never lost focus or momentum.
As Fishman explains, for every hour of spaceflight during Apollo, 1 million hours of work had to be done on Earth. The phrase “if we can put a man on the moon” captures exactly the power of those moon landings: what does it take to accomplish nearly impossible goals, under pressure, and on deadline? The race to the moon is as much a tribute to the people working in research labs at MIT and factories in California as to the 27 astronauts who flew there. It’s a story with relevance for our lives at work, and also for our lives as citizens, as we ask how to tackle some of the biggest problems the world has ever faced, like climate change. As Apollo (and Fishman) so vividly remind us, we can tackle and solve those problems.
Innovation

The Race to the Moon The Secret Story of Radical Innovation

To get to the moon, researchers at MIT had to develop what was in the 1960s the fastest, smallest, most reliable and most innovative computer ever invented—the computer that actually flew the spaceships. It was the first computer in the world ever entrusted with human lives. But it had less power than your dishwasher has today, says Charles Fishman. How did they get such a basic device to do the work necessary to fly to the moon? The moon-landing spacesuits were designed by the same company that brought the world the “cross-your-heart bra”—Playtex. The electric car that zoomed across the surface of the moon was designed by America’s leading industrial company—General Motors. But a GM engineer had to make a toy version to persuade NASA how important taking a car to the moon would be. In the middle of it all were three people—unknown to most Americans—who stepped up at critical moments and rescued Apollo from failure with innovative thinking and a renegade spirit that getting to the moon required. Fishman has done years of original research, and brings the race to the moon, and the turbulent culture of the 1960s, back to life in a way that is both riveting and inspiring. Although the popular image of NASA’s engineers in the 1960s was as the original crowd of buttoned-down geeks, they were as radical in spirit and performance as the rest of the 1960s.
Climate Crisis

The Big Thirst The Future of Water Is Our Own Future

Water is going to turn out to be the most important and the most contentious resource issue for almost every country in the world in the next 50 years, even places like the United States where water has typically been abundant, safe, and inexpensive. Climate change, economic growth, and the growing middle class around the world will put pressure on water supplies like never before. People will live or die, and countries will succeed or fail, based on their ability to re-imagine how to use water in the new era of scarcity and climate change. Charles Fishman, author of the most influential water book in a generation, The Big Thirst, has become one of the most provocative and inspiring voices on water issues in the last few years. He takes audiences on a lap of the world to show what water problems look like, how they happen, and most important, what the most innovation solutions to those problems look like.

The Untold Story of How We Flew to the Moon

The Secret Life and Turbulent Future of Water

Water Is Broken. Data Can Fix It.

The moon landing wouldn’t have happened without President John F. Kennedy, he who boldly promised...

In One Giant Leap, Charles Fishman writes the untold story of the moon landing—charting how the...

NASA has teamed up with the National Symphony Orchestra (NSO) for a one-night-only musical and...

In One Giant Leap, Charles Fishman lifts the curtain on America’s near-impossible journey to the...

The Moon Landing Was Virtually Impossible. In One Giant Leap—Out Tomorrow—Charles Fishman Charts How We Arrived.

In 1969 Neil Armstrong and Buzz Aldrin went to the moon, and their skill, courage, and the moment...

New Lavin Speaker Charles Fishman Explains What We Can Learn from Some of the Biggest, Most Innovative Projects in History

Charles Fishman is a world-class storyteller. He’s spent his career getting inside...