We need to open a transparent dialogue about food insecurity, structural racism, and poverty. 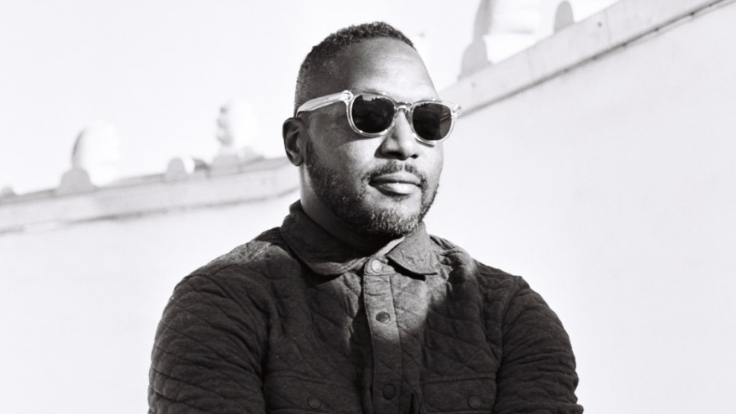 Bryant Terry is a chef, food justice activist, and critically acclaimed author fighting for a more just and sustainable food system. Groundbreaking and rich, his work illuminates the intersections that exist today between poverty, structural racism, and food insecurity, in order to pave a new, better path forward. In his new book Black Food, Bryant offers a stunning and deeply heartfelt tribute to Black culinary ingenuity, capturing the broad and divergent voices of the African Diaspora in a way that’s never been done before.

“Bryant Terry knows that good food should be an everyday right and not a privilege.”

Black Food, the latest book by James Beard award-winning author and chef Bryant Terry, is as much a joyful celebration of Black culture as it is a cookbook. The first publication under Terry’s 4 Color Books—a publishing imprint focusing on amplifying BIPOC voices—it’s already been named one of the best books of the year by Time Out and Publishers Weekly, as well as one of Amazon’s best cookbooks. “Black Food tells a global story of creativity, endurance, and imagination that was sustained in the face of dispersal, displacement, and oppression,” writes Imani Perry, a Professor of African American Studies at Princeton University. It won the 2022 Art of Eating prize for best food book of the year—judges called it “timely and innovative in structure” and “one of the most important of this generation.”

Terry himself serves as the Chef-in-Residence of the Museum of African Diaspora in San Francisco, making him the perfect expert to curate this innovative collection, which features contributions from more than 100 Black cultural luminaries—including recipes, poetry, artwork, and moving essays that describe the Black experience. Notable contributions include Emory Douglas, the creative director of Black Panther Party, and artist Sarina Mantle. “I want readers [...] to engage with their various odes to the Black experience, from an examination of Africa’s far-reaching culinary influence to a reflection on the deep connection between spirituality and land,” Terry tells Bon Appétit, which dubbed the book as “genre-defining.”

As the founder of 4 Color Books, Terry channels his lifelong activism and community work into telling new stories, ideas, and perspectives. In part, this means nurturing and mentoring younger writers and people of color who are navigating the world of publishing for the first time—leading Terry to describe the imprint as “a pipeline for Black food creatives and people of color in publishing,” to The New York Times. Terry will collaborate with the most forward-thinking and groundbreaking BIPOC chefs, writers, artists, activists, and innovators to craft inspirational nonfiction books that give rise to a more healthy, just, and sustainable world. “I’m excited to realize my vision of a library that reflects the contribution of a diverse and inclusive creative community, and points the way to more mindfulness, health, and equity in our individual lives and beyond,” says Terry.

Terry is also the founder of b-healthy (Build Healthy Eating and Lifestyles to Help Youth), a multi-year initiative in New York City designed to empower youth to fight for a more sustainable food system. He won the 2015 James Beard Leadership Award for his work in creating a more accessible, equitable, and ethical food system in America. Previously, he also received the National Gourmet Institute Award for Excellence in Health-Supportive education along with author and educator Marion Nestle. Terry was chosen by the U.S. State Department as one of 80 American chefs to be a part of its new American Chef Corps. That same year TheRoot.com included him on its list of “100 most influential African Americans,” and the San Francisco Bay Guardian named him “Best Cookbook Cheftivist” in the Bay Area. Earlier in his career, Terry was included in Ebony Magazine’s “Power 100 list,” as well as featured in The New York Times magazine among a handful of other “food fighters.”

An expert on several media programs, including the documentary Soul Food Junkies, the PBS educational film Nourish, and the Sundance Channel’s original series Big Ideas for a Small Planet, Terry is also the host of Urban Organic, a multi-episode web series that he also co-created, as well as the public television series The Endless Feast. He has made dozens of national television and radio appearances, including being a guest on The Martha Stewart Show, Emeril Green, All Things Considered, Morning Edition, and The Splendid Table. His work has been featured in The New York Times, Food and Wine, Gourmet, O: The Oprah Magazine, and Essence, among many others. In addition to Black Food, Terry is also the celebrated author of several other cookbooks including Vegetable Kingdom and Afro-Vegan, which was named one of Amazon’s best cookbooks of the year. His other titles include Vegan Soul Kitchen, The Inspired Vegan, and Grub. He presents frequently around the country as a keynote speaker at community events and colleges, including Brown, Columbia, NYU, Smith, Stanford, and Yale.

Food Justice At the Intersection of Food, Politics, Poverty, Public Health and the Environment

How can we provide healthy food choices for all Americans, regardless of income, geography or race? In this interactive talk, Bryant Terry shows us how the food we eat directly affects issues such as poverty, sustainability, and structural racism. How can we get healthier food into low income urban areas? What can each of us—whether urban dweller or suburbanite—do to eat healthier? And how will these choices affect everything from the environment to social justice? Terry doesn't push faddish or prescribed diets. But he will occasionally sing and even cook a meal to demonstrate how simple (and delicious) making better food choices can be. Fusing food justice and personal history, Terry shows us how to improve access to fresh food in our communities: whether that community is your campus, your workplace, your neighbourhood, or just your own set of friends gathered in the kitchen.

Stories, Art, and Recipes from Across the African Diaspora

The Abundant World of Vegan Recipes

Ideas for an Urban Organic Kitchen

With 4 Color Books, Bryant Terry Looks to Color Outside the Lines

Hip-Hop Turned This Chef On To Healthy Food

Bryant Terry's 5 Thoughts That Will Change the Way You Eat

"One million dollars is spent every hour encouraging children to eat and drink the worst beverages...

Lavin speaker and food justice advocate Bryant Terry has been selected as one of less than 100 chefs...