Give people the tools they need, treat them with respect, and they will perform miraculous deeds. 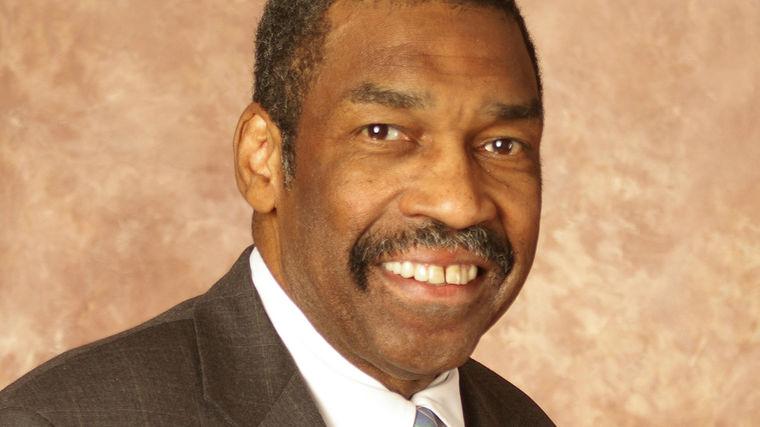 Building a Community Through Education

A Legacy of Learning with Dignity

Bill Strickland created an empire by stoking genius in those who believed they had nothing. The Founder and Chairman of Manchester Bidwell—an arts and training center with a $10 million annual budget—Strickland fuels hope, generates jobs, and empowers underprivileged citizens to become experts in any field. With his company tied with Apple for most Harvard Business Review case studies (four), Strickland confidently shows us how to pursue social restoration and profit with a conscience.

Having endowed thousands of skilled laborers—guiding them towards employment, passion, craft, and dignity in their actions when it seemed like the odds were against him—Bill Strickland won’t teach you how to succeed by the book. Instead, he’ll show you how to defy habit and build your business against the grain of typical logic. After years of trying to raise the money for what would become Manchester Bidwell, Strickland changed tack: he raised his ambitions and persuaded one of Pittsburgh’s leading architects to design a new arts and training center. Then, he hit the pavement, showing the city’s business leaders, charity foundations, and public authorities why it was in their interest to fund his plan. 40 years later, he has a paradigm-shifting social enterprise that’s partnered with billion-dollar brands like Heinz and Bayer, won awards, broken records, restored the notion of ethical leadership, and reshaped the business of social change.

Recently, Strickland was named as one of the 25 members of the White House Council for Community Solutions by President Obama. And for years now, in front of rapt audiences, this MacArthur Genius has shared his unshakable message of leadership, self-worth and the intrinsic ability in all of us to achieve remarkable transformation in our lives. He was also honored by the US Senate for his contribution to social innovation. Strickland is also the author of Make the Impossible Possible, a recipient of The White House’s “Coming Up Taller” Award, and the founder of the Grammy-winning MCG Jazz, the most successful jazz subscription series in America.

“Bill’s talk was so moving and inspirational, that if I had only seen him, the conference would have been worth it. His message will resonate with me forever.”

“I’m writing to thank you for your help facilitating Bill Strickland’s engagement at our national convening this week. Despite the snow, we had a full house to hear his remarks, and we were so glad. People from around the country were moved to tears and moved to action (even better). One team made a commitment at the closing remarks. They said, ‘Yesterday we had a fully compliant state plan. This morning, after hearing Bill Strickland, we decided to blow it up and create a disruptive, innovative state plan.’ That is awesome!”

US Department of Education
Testimonials

“Bill Strickland spoke to 502 Freshman students about his book *Make the Impossible Possible.* He also engaged some of our faculty, who are teaching this book, in an informal discussion. He made such an impression on our students and faculty. Our students were inspired by his talk, as at least 100 or more waited for him after the presentation to take pictures, get autographs and speak with him personally.”

“Everyone is still raving about Bill’s keynote. He received a standing ovation which is rare for our conferences as many of our delegates are fairly cynical after seeing many, many speakers over the years. However, Bill’s inspiring story really touched them and I’m sure will stay with them for a long time to come. He is also just a lovely man and everyone really enjoyed the opportunity to speak with him at our gala dinner.”

The Art of Leadership and the Business of Social Change

Strickland is a mesmerizing speaker who will inspire you to make a difference, in your life and in the lives of those around you. Ever-gracious, he delivers a profoundly simple, optimistic message for leaders: give people the tools they need, treat them with respect, and they will perform miraculous deeds. He also delves into his story of hope: of how a kid from Pittsburgh’s ghetto would go on to lecture at Harvard and serve on the board of the National Endowment of the Arts; of his meeting with a pottery teacher who would change his life; of growing a near-bankrupt community center into one of the most acclaimed social organizations in the world. Throughout, he shares his powerful set of beliefs: for example, that we all make ourselves “poor” in one way or another when we accept that we are not smart, experienced, or talented enough to accomplish something. “A successful life is not something you simply pursue—it is something that you create, moment by moment.”

A Teacher Saved My Life

Growing up in a rough part of Pittsburgh, Bill Strickland saw a hopeless path laid out before him. Then one day a chance encounter with a high school pottery teacher gave him a new passion. It gave him something to look forward to every day. Strickland credits that teacher with saving his life. That’s the power of one teacher. Strickland’s acclaimed Manchester Bidwell organization has the same impact, but on a grander scale. It comes down to respect and attention, on an individual level. Technology can make educating easier, but it’ll never be able to replace the emotional support that’s so key in helping young people succeed. Only a teacher can provide that. This rousing keynote is Strickland’s call-to-arms for fellow educators. He champions them as some of the most important people in the world and, calling on over three decades of experience, will demonstrate the power they have to make lives better. This talk is for all education groups, and will cast teachers in a great light.

Bill Strickland’s Visit to Akko, Israel — And His Promise

Bill Strickland describes himself as “a kid from the neighborhood who got involved in the arts.”

As the founder of Manchester Bidwell—a revolutionary center which gives the poor and...

Building Hope, One School at a Time: The Financial Times Profiles Bill Strickland

As a “black kid growing up in a bad neighbourhood” in Pittsburgh in the 1960s, Bill Strickland...

"Bill Strickland Is Changing The World": Twitter Reactions to His Recent Keynote

What will the workforce look like in the next decade? How can employers attract the best talent and...

While many people might not see the location surrounding the Manchester Bidwell Foundation as...

Leadership Speaker Bill Strickland: "Don't Give Up On The Poor Kids"

"People are a function of the environment where you teach them," says leadership speaker Bill...

A Lifetime Of Achievement: The U.S. Senate Honors Bill Strickland

Bill Strickland's contributions to education and his community are about to be recognized in a big...

Bill Strickland: The Kids Are Fine, It's The Schools That Need To Change

Bill Strickland recently appeared on a local NPR affiliate station to discuss the opening of a new...

For the past three decades, speaker Bill Strickland has been transforming the lives of thousands of...