Aging is a natural, powerful, lifelong process that unites us all.

Cognitive Scientist | Expert in the Fields of Language and Cognition 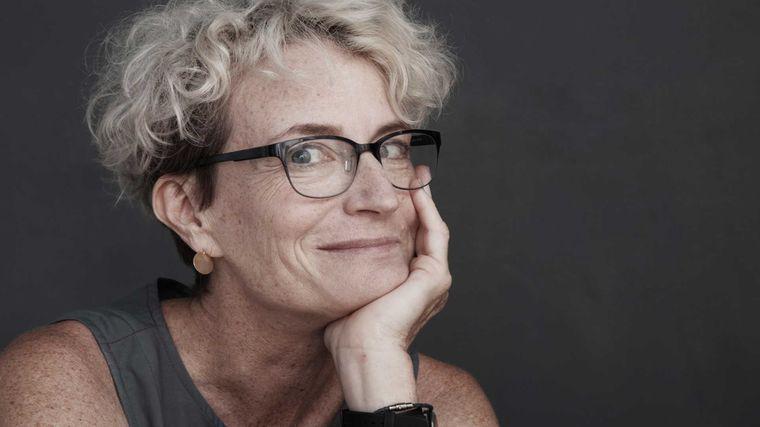 TED: How Ageism Warps Our View of Long Life

Confront Ageism, Or the Rest is Noise

Ageism is Everywhere. Train Yourself to See it.

What Kind of World (and Culture) Do We Want to Grow Old In?

What if discrimination on the basis of age were as unacceptable as any other kind of prejudice? Ashton Applewhite is a leading voice in an emerging movement dedicated to dismantling ageism and making age a part of diversity. The author of This Chair Rocks and a TED mainstage speaker, she reveals the untapped possibilities of late life—in our communities, at work, and in ourselves.

“Anti-ageism now boasts a popular champion, activist, and epigrammatist in the lineage of Martial and Dorothy Parker. Until This Chair Rocks we haven’t had a single compact book that blows up myths seven to a page like fireworks.”

Why is society’s view of aging so grim when the lived reality is so different? Why isn’t age treated as an opportunity to increase diversity and inclusion in the workplace?  In her book This Chair Rocks: A Manifesto Against Ageism, Ashton Applewhite declares that it’s time to dismantle the last acceptable prejudice; it’s time for age pride. Her manifesto is so popular that Macmillan launched its brand new imprint with it in 2019, and it was also named on of Forbes’ list of “10 Books To Help You Foster a More Diverse and Inclusive Workplace”. In her candid talks—as she does on her blog, This Chair Rocks, and her Q&A Tumblr, Yo, Is This Ageist?—she debunks our culture’s most pervasive myths and truthless stereotypes about getting older. And with her funny, straight-talking approach (showcased on the TED mainstage, where she received a standing ovation), audiences realize the often-overlooked benefits of advanced age, championing the need for greater age-based diversity in our institutions. The corporate world is waking up to the reality of age discrimination in the workplace, and its negative effect on business and individuals: it’s time to make change and get ahead of the anti-ageism curve.

In 2018, Applewhite was named a member of the Yerba Buena Center for the Arts’ “100” list. She was also recognized on the PBS site Next Avenue’s annual list of 50 Influencers in Aging as their Influencer of the Year. She has been acknowledged by the New York Times, New Yorker, NPR, and the American Society on Aging as an expert on ageism, and has written for Harper’s, The New York Times, FastCompany and The Guardian. Applewhite speaks widely, at venues that have ranged from universities and community centers to the Library of Congress and the United Nations.

“Ashton was a big hit with our audience and they loved her message and energy! What an engaging speaker!”

“Ashton Applewhite’s thoughtful, funny, and very smart talk This Chair Rocks was perfect for launching our new center. It attracted a lively, multigenerational crowd, reflected our core message that aging can be met head-on with optimism, and got people fired up about the prospect. What could be better?”

“Ageism begins at home—in us. With humor and insight, Ashton Applewhite’s terrific keynote at the Positive Aging Conference reminded all of us what's at stake, since elders are ‘our future selves.’ Thank goodness we've got her telling this story.”

“This Chair Rocks is a talk that confirms our knowledge that emotional well being is abundant in later life, challenges us to face our own internalized ageism, and inspires us to envision a future in which our society is released from the fetters of age-related prejudice and discrimination. And it’s fun, too!”

“Every attendee was captivated by Ashton Applewhite’s charm, intelligence, and easy way of explaining the origins and complexities of ageism. I knew her keynote resonated, as they gave her a standing ovation and then bought her book! This presentation is a must for any group interested in raising awareness of age bias and dispelling harmful myths and stereotypes.”

Deal With It: A Woman’s Conference
Testimonials

“Applewhite ... was by turns factual, passionate, and witty as she recounted anecdotes from her own life and the lives of “olders” she has encountered. She coined that term because it emphasizes the spectrum along which chronological age becomes increasingly irrelevant. The audience gave Applewhite a rousing ovation and stayed around for a lively discussion afterwards.”

“Thank you so much for your very valuable contribution to our retirement conference. Your keynote received so many positive comments that I don’t know where to start (the most frequent comment was, ‘Inspiring!’).”

“Ashton Applewhite’s plenary address at our New York State Adult Abuse Training Institute was compelling and original, and really resonated with our 400 participants. She is an articulate and committed voice for an important cause: challenging the demoralizing shadow that ageism casts across society.”

“Thank you again for your terrific keynote. I heard from so many attendees that it affected them deeply. You are wise, funny, and provocative – a great combination!”

We Are All Aging Taking Action to End Ageism

From childhood on, we’re barraged by messages that it’s sad to be old. That wrinkles are embarrassing and old people are useless. In this provocative, funny, and deeply informed talk, Applewhite explains the roots of ageism—in society and in our own age denial—and how it divides and diminishes us. Applewhite sets out the personal and professional consequences (especially for women), shows how ageist myths and stereotypes cripple the way our brains and bodies function, critiques the portrayal of elders as burdens to society, describes what an all-age-friendly world would look like, and concludes with a rousing call to action. It’s time to work together to make discrimination on the basis of age as unacceptable as any other prejudice.

This Chair Rocks How Ageism Warps Our View of Long Life

We may think we know what lies ahead: a grim slide into depression, dementia, and dependence. But that’s just the party line, and author, activist, and speaker Ashton Applewhite debunks it in spades. Part monologue, part consciousness-raiser, this talk charts her journey from apprehensive boomer to pro-aging radical. In the process, she debunks myth after myth about late life and proposes an alternative to all the hand-wringing: wake up to the ageist messages that frame two thirds of our lives as decline, cheer up, and push back.
Why are we so afraid of growing old? Because ageism—internalized and in the culture at large—obscures all but the most negative messages about life after 65 (or 50, or just aging past youth), with disastrous personal and political implications. In the 20th century, the civil rights and women’s movements raised our awareness of racism and sexism. It’s high time to do so around discrimination and stereotyping on the basis of age. Whether you’re older or hoping to get there, this talk will shake you by the shoulders, and change the way you see the rest of your life.
Gender

What makes aging different for women—and so much harder than it has to be? How does the double impact of ageism and sexism affect women’s health, income, and well-being? And how does competing to “stay young” dig the hole even deeper? In this rousing talk, Ashton Applewhite proposes throwing away the shovel, forging cross-generational compacts, and collaborating on new ways of thinking and behaving. The women’s movement taught us to claim our power; a pro-aging movement will teach us to hold onto it.

In cultures with meaningful social and economic roles for older people, physical health is just one aspect of aging. But in our culture, sickness takes center stage. Aging is not a disease, but our society conflates the two, as it does with disability—although people with disabilities will assure you that they are not sick.

In this talk, Ashton Applewhite looks at who benefits when old age is reduced to illness, and the effects of a cultural climate that barrages the old (and disabled) with the message that their lives are not worthwhile, nor worth paying for. Why should a long future have value but not a long past? Why are the healthy and vigorous old missing from the policy agenda? Why should it be it acceptable to weigh the healthcare needs of the very young against those of the very old, when making the same case on the basis of race or sex would be unthinkable? A society obsessed with physical perfection and mental acuity vastly underestimates the quality of life of older people and those with disabilities—and its value. When we confront our own internalized prejudice and challenge underlying prejudices and misconceptions, we move towards a society of age equality: one that that sees age as asset and population aging as not just a challenge but a remarkable opportunity.

A Manifesto Against Ageism

Don’t Believe the Ageist Myths. We Only Get Better in Our Golden Years

Why Do We Treat Old People Like Babies? That’s Ageism.

How Did Old People Become Political Enemies of the Young?

I Hope I Get Old Before I Die

A Stigma Rooted in Denial: On Ageism and "Aging Thoughtfully"

“Claim Your Age”: Ashton Applewhite Gets Fired Up About Aging & the Workplace

From 17 to 103: We Asked Disruptors What Their Very Best Year Was

Three Must-Read Books on Getting Old

It’s no longer okay to be sexist or racist. She asks why it’s still okay to be ageist.

To Age Well, Change How You Feel About Aging

An Age-Old Dilemma for Women: To Lie or Not to Lie

Ashton Applewhite Talks Ageism with Katie Couric on Next Question

What if discrimination on the basis of age were just as unacceptable as other kinds of prejudice?...

When thinking about diversity, we tend to consider factors like gender, sexuality, and ethnicity....

Early Reviews for Ashton Applewhite’s This Chair Rocks: “An Essential Tool for Healthy and Happy Aging.”

Misconceptions about our aging population abound. As Ashton Applewhite proves in This Chair...

Companies do better when they embrace and support diversity. But diversity isn’t just about...

“Ageism is the last acceptable prejudice,” says Ashton Applewhite, but it doesn’t have to be. In...

Our busy speakers are always making the news, both literally and figuratively. The Lavin Weekly is...

“Aging is a natural process that unites us all”: Ashton Applewhite, Anti-Ageism Activist

One of the freshest faces to the Lavin roster is the wonderful Ashton Applewhite, author of This...