You can’t base your life’s decisions on potential future regrets. 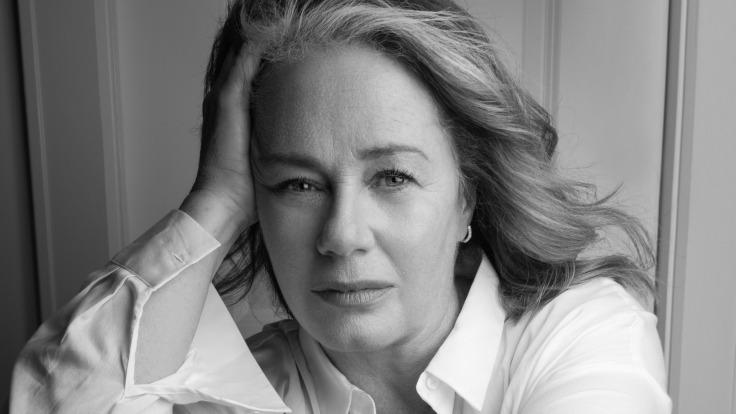 What is the Real Power of One Person?

Honouring an Exemplary Career in Business and Philanthropy

Arlene Dickinson is one of Canada’s most legendary business icons. She turned a small, Calgary-based agency into a powerhouse marketing firm as President and CEO of Venture Communications; written several bestselling books on the tricky balance of maintaining an entrepreneurial lifestyle; and has become a celebrity investor on the multi-award-winning series Dragons’ Den. Today, Dickinson speaks candidly about her entrepreneurial journey, and with light and warmth, shows us how we can constantly reinvent ourselves and our business to  achieve success and fulfillment.

“Arlene is dynamic and energetic, the kind of person who brings a gust of air into a room and attracts notice without trying.”

Arlene Dickinson has spent over twelve seasons as a venture capitalist on Dragons’ Den, where she guides budding entrepreneurs through the highs and lows of starting a new business. As someone who’s climbed the ranks to become one of the nation’s most highly sought-after entrepreneurs, Dickinson has the personal experience to back up her leadership skills. In addition to her role as CEO of Venture Communications, Dickinson is General Partner of District Ventures Capital, a fund focusing on growing companies in the food and health space. A wellspring of information on the unique emotional and personal demands of entrepreneurship, Dickinson shares her insights in her three books: Persuasion, All In, and her most recent release, Reinvention, a blueprint for rediscovering your purpose and transforming your life. In addition to her acclaimed role on Dragons’ Den, Dickinson has also appeared as an investor on The Big Decision, and a judge on Recipe to Riches.

Dickinson’s success and leadership have been recognized with multiple honours and awards, including Canada’s Most Powerful Women Top 100 Hall of Fame and the Pinnacle Award for Entrepreneurial Excellence. She has also been recognized by both PROFIT and Chatelaine magazine’s TOP 100 Women Business Owners Awards. A Marketing Hall of Legends inductee, Dickinson has recieved honorary degrees from Mount Saint Vincent University, Concordia University, Saint Mary’s University, and NAIT. For many years she has served as an Honorary Captain of the Royal Canadian Navy, and is also the proud the recipient of the Queen Elizabeth Diamond Jubilee medal. Dickinson sits on  numerous public and private boards and is dedicated to giving back to her community and country.

“We loved Arlene! What a fantastic night for us at the Vic Juba Community Theatre. It has been a pleasure working with everyone at Lavin and Arlene was amazing. She was very well received by the audience and was wonderful at the reception. Thank you again. We look forward to working with you.”

Lessons from the Den Succeeding at Business and Being an Entrepreneur

Can anyone be an entrepreneur? Arlene Dickinson's emphatic answer is “Yes.” In this talk, one of Canada’s most high profile business speakers distills a lifetime of experience to reveal everything you need to know—and do—to start, to run, and to grow a great business. (A customized clip from the hit show Dragons’ Den provides buzz, though that’s just a starting point.) On stage, as on the small screen, Dickinson is an inspirational speaker. She displays a palpable and infectious belief in the entrepreneurial spirit; she reminds us of the major contributions Canadians have made to international business and the entrepreneurial tradition. This keynote is highly requested by those who are looking to hire Arlene Dickinson as a speaker.

“Like laying bricks to build a house, each dollar you spend on marketing should measurably build your business.” Marketing plays a fundamental role in all businesses—yet it is seldom held accountable the way other departments are. A superstar marketer driven by corporate objectives, celebrity speaker Arlene Dickinson shows us why marketing must be a top concern of leadership, and why creativity and accountability must go hand in hand. Otherwise, why bother with marketing at all? Dickinson, as she does weekly on Dragons’ Den, will help decision-makers grasp the essential strategic function of marketing in an insightful, accessible and frank talk, anchored squarely to the bottom line.

Don’t Slash Your Marketing Budget! (Not Now, Not Ever)

The marketing guru on Dragons’ Den, business speaker Arlene Dickinson shows us why the best companies don’t stop marketing during a recession. With striking examples, and peerless business sense, she shows you how to leverage your marketing through the tough times—in order to come out ahead when the good times return.

Success is often taken for granted; few stop to think about where it came from, what shaped it, what trials were involved. In this refreshing business talk, keynote speaker Arlene Dickinson tells her story, providing a rare look into the making of one of Canada's most powerful business women. Brimming with lessons in self-doubt and self-confidence, this refreshing talk is underscored by modesty, grit, and enormous heart.

A New Approach to Changing Minds

Arlene Dickinson can be one persuasive Dragon

Dragon’s Den alum Arlene Dickinson is no stranger to reinvention. She has remade herself, her...

A Day In The Life of Dragons' Den Judge Arlene Dickinson

No two days are the same for Arlene Dickinson, a judge on the hit business show Dragons' Den. Except...

Arlene Dickinson: In Business, Emotion is Not a Dirty Word

Arlene Dickinson has a successful track record of picking companies on the rise. A master...

Anyone can be persuasive. Disagree—says Arlene Dickinson in her new book, out now, fittingly titled...

Arlene Dickinson: To Be Persuasive, You Have to First Be Authentic

Yesterday, Arlene Dickinson, one of Canada’s most renowned marketers, and the only female judge on...

Arlene Dickinson: From Poverty to the Corner Office, via the Art of Persuasion