Build the systems you want to see in the world. 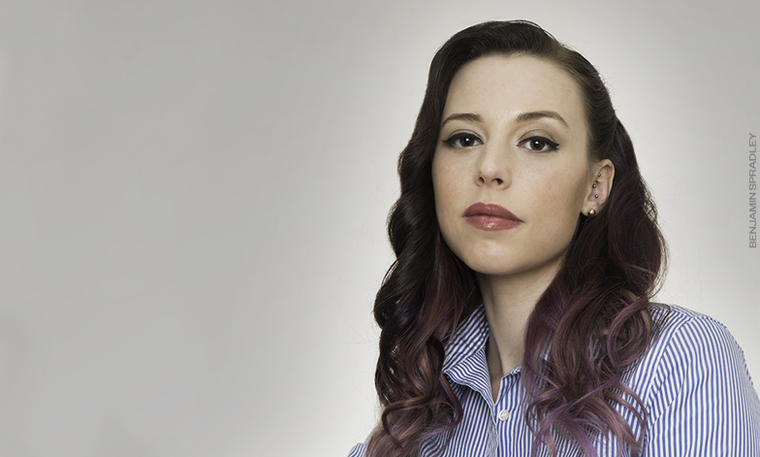 How Do We Govern Blockchain?

We’ve seen what happens when the bulk of our data falls into the hands of the few—elections are manipulated; lies flourish and spread—there are real consequences to fake news. Enter Amber Baldet, a member of Fortune’s 40 Under 40, and co-founder and CEO of a company which makes it easier to build, distribute, find, and use software that treats your data better. In clear, info-packed talks she examines how the next generation is pushing back against the big tech companies who broke the world.

“Amber Baldet handily bridges the divide between Wall Street and the crypto set.”

Baldet is the co-founder and CEO of Clovyr, an organization which helps consumers, developers, and businesses implement the decentralized technologies which will help us take back our data and restore our digital privacy. Prior to the startup world, she led JP Morgan’s Blockchain Center of Excellence—one of Wall Street’s first high-profile initiatives to harness blockchain technologies. There, she helped develop Quorum, which “has since become one of the most popular places for corporations and governments to start building blockchain projects” (Times). “I have a relatively unique view on where we’re going,” she says of her ability to bring together the corporate and hacker camps. In fact, she was a Featured Speaker on the subject at Austin’s SXSW Festival in 2019, explaining how to “bridge the divide between Wall Street and the crypto sets.”

Since its founding, Baldet has served as the Chair of the Financial Industry Working Group within the Enterprise Ethereum Alliance. She has delivered speeches at SXSW, MIT, Wharton, Harvard, Cornell, EthCC, Defcon, Money 20/20, Consensus, and other prestigious events. She has also been named to CoinDesk’s 10 Most Influential in Blockchain and is the recipient of the Microsoft Award for Corporate Innovation.

The New York Times calls blockchain speaker Amber Baldet one of the people who are “crucial in pushing the technology forward.” In upbeat keynotes, Baldet shows you—with concrete examples in soaring everyday language—how, why, and when blockchain technologies might reshape your organization, your industry, even the world at large. She connects the dots to draw a vivid picture of what an integrated “Internet of Value” might look like for citizens, consumers, and companies.
Baldet’s keynotes are packed with useful information, but accessible in delivery. Customized based on the audience, her talks can expand to include realistic discussions of business models, government regulation, geopolitical threats, ethical issues, surveillance, information security, privacy, consumer sentiment—anything relevant to this vital topic. The decisions we make today, she reminds us, hold the potential to shape the world we want to see tomorrow.

The People Leading the Blockchain Revolution

Cryptocurrency Is Not Just a Boys' Club

What is the future of bitcoin? That is the question that Fortune posed to seven CEOs and one COO at...

South by Southwest (SXSW) is a conference that has dedicated itself to helping creative people...

To book Amber Baldet for your next speaking event, contact The Lavin Agency, her exclusive speakers bureau.