To stay on track with the future, we must remain obsessed with reinvention.

Reporter and Founder of Big Technology | Author of Always Day One 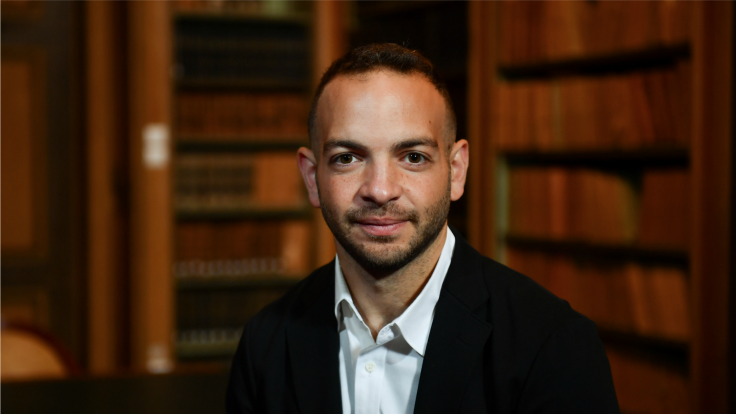 Why Developing the Engineer Mindset is Crucial for Business (2:10)

How do the tech titans—Facebook, Amazon, Google, and Microsoft—stay on top? Alex Kantrowitz, one of the world’s most prolific tech reporters, has made it his mission to find out. In his debut book Always Day One, he explores the precedent-setting culture and leadership practices these companies have built to spark invention and move beyond the status quo. In his talks, Kantrowitz reveals how you, too, can use the tech titan playbook to invent and reinvent in a rapidly-changing economy.

“The Tech Giants are far from perfect, but Always Day One reveals the inventive elements of their culture that entrepreneurs can and should learn from”

Traditional companies build flagship products and protect them all costs — that’s why they’re losing to the tech giants. Amazon, Facebook, Google, and Microsoft dominate the economy by reinventing constantly: They build the future while their competitors obsess over the past. How do they do it? Their secret lies in developing a counterintuitive leadership framework that strips away unnecessary corporate interference and encourages the free flow of ideas. In Always Day One, investigative tech reporter Alex Kantrowitz explores how Amazon’s Jeff Bezos, Facebook’s Mark Zuckerberg, Google’s Sundar Pichai, and Microsoft’s Satya Nadella, run the world’s most powerful companies— redefining how we work and lead to grow more dominant at the stage when most big companies begin to fail.

With exhaustive research spanning years, Kantrowitz reveals how an obsession with reinvention lies at the heart of these innovative companies. Business today is unpredictable and rapidly changing. Thanks to advances in artificial intelligence and cloud computing, companies are able to create and release new products in a blink of an eye. As a result, challenge is constant, and no advantage is safe, says Kantrowitz. But those same technological advances offer a path forward—allowing us to create swiftly, and at a much lower cost. And while some of these tools, like machine-learning, are still in their infancy, they will soon become inevitable. In his sharp reporting, Kantrowitz shows us that by embracing these technologies now, along with a reinvention-focused mindset, we can create the types of cultures that fuel growth and innovation.

Kantrowitz was formerly a senior technology reporter at BuzzFeed News and is one of the most cited technology reporters in the world. His work has been referenced by dozens of major publications, from The New Yorker to The Wall Street Journal to Sports Illustrated. He is a graduate of Cornell University’s School of Industrial and Labour Relations.

‘Always Day One’ is more than a mantra. It's a way of life. At Amazon, the phrase is code for inventing like a start-up, and it’s embedded into the bedrock of the company’s culture. Day Two, warns Jeff Bezos, equals “stasis, followed by irrelevance, followed by excruciating, painful decline, followed by death.”
Unfortunately, the hard truth is that most companies  today operate from Day Two: they aggressively defend what they’ve already built, rather than continually reinventing themselves. Amazon and fellow tech titans Facebook, Google, and Microsoft are the outliers. Despite their size and scope, they've stuck to the Day One mentality, prioritizing reinvention over tradition and collaboration over ownership. It may sound radical, but those who don't act like it's always Day One do so at their own risk.
Having conducted hundreds of interviews, with everyone from Mark Zuckerberg to hourly wage workers, Alex Kantrowitz reveals the blueprint for sustainable success modeled by the world’s most powerful companies. In his scrupulously reported talk, he shows the way forward for everyone who wants to compete with—and beat—the titans.
Strategy

In the past, it may have been possible for companies to operate by protecting their legacy assets above all else. But in a post-pandemic world, that standard of doing business no longer applies. Those that stand a chance in surviving the economic shock caused by COVID-19 are the companies that are able, and willing, to reinvent. In his debut book Always Day One, investigative tech reporter Alex Kantrowitz took readers behind the curtain of some of the world’s most innovative companies. By not becoming too attached to their flagship products, the tech giants have been able to propel their growth and dominance at the stage when most big companies begin to fail. This also puts them in a uniquely flexible position to adapt and innovate quickly during times of crisis. In this talk, Kantrowitz extracts the principles and lessons from his book to help companies big and small not only confront this disaster, but build a robust future-focused framework for the next era of business.
Innovation

The Amazon Effect Unpacking Amazon’s Success From The Inside Out

The world is fascinated by the tech giants. Love them or hate them, we’re always waiting to see what companies like Facebook, Google, Amazon, and Microsoft will do next. But what continues to remain a mystery is exactly how they do what they do. In his talk, technology reporter Alex Kantrowitz tells the story of Amazon—the book seller that took over the world—in a way that’s never been done before. From uncommon leadership practices, to the company’s unique approach to automation, Kantrowitz digs into the processes that have allowed Amazon to achieve unparalleled growth and innovation. How has their expansion into machine-learning helped them redistribute their workforce and invest in their people? Why did the company get rid of PowerPoint presentations? And what can more traditional companies take from the Amazon model and apply immediately to their own organizations? In this story-driven, actionable talk, Kantrowitz cogently breaks down the steps Amazon took to become an ideas-focused company—and reveals how you, too, can embrace an ethos of reinvention in your business.

How the Tech Titans Plan to Stay On Top Forever

The Man Who Built The Retweet: “We Handed A Loaded Weapon To 4-Year-Olds”

Twitter Got A Big Tax Break To Stay In San Francisco. Now Jack Dorsey Says Its Future Is No Longer In The City.