Diversity, Equity, and Inclusion Leader | Former Senior Partner at Deloitte | Author of The First, the Few, the Only (forthcoming)

Founder and CEO of Tala 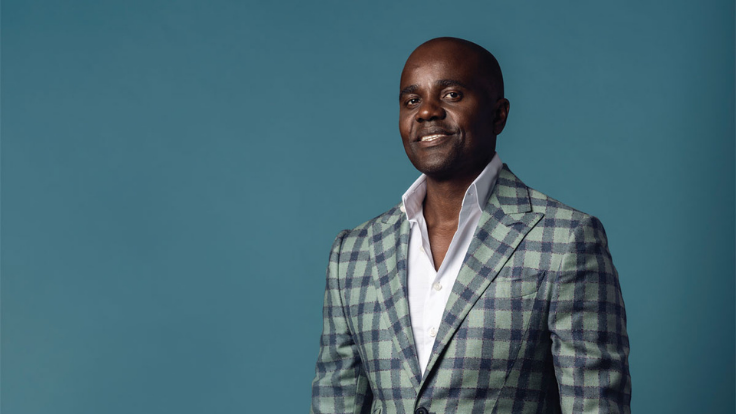 An Impossible Journey: The Immigrant Story of Success (3:39)

Fighting Systemic Racism as a Collective (1:34)

Keeping Our Promise of Diversity, Equity, and Inclusion (4:20)

The newest judge on the cult classic show Dragons’ Den, Wes Hall is both a corporate juggernaut and a champion for Black leaders. Despite being dubbed one of North America’s “most influential power brokers” (The Globe and Mail), Hall comes from humble beginnings. Growing up in a tin shack in rural Jamaica with 13 siblings, he quickly learned the value of hard work, perseverance, and dreaming big. Today, whether he’s orchestrating billion-dollar deals, or helping organizations tackle anti-Black systemic barriers, Hall offers inspiring and actionable business guidance for the post-pandemic future we’re building.

“Anti-Black racism is not an abstract concept to be theorized about. It is a threat to the very essence of humanity.”

Wes Hall owns the leading shareholder advisory firm in North America, helping organizations either stay independent or become bigger. But before he reached peak success, Hall worked every job imaginable: he was a cleaner, a security guard, even a chicken catcher, before eventually finding himself in the mailroom of a prestigious law office. As he began working his way up the corporate ladder, one thing became immediately obvious: “When I go into a boardroom, there’s generally no one that looks like me. I wanted to change that,” Hall explains. That’s when he founded Kingsdale Advisors, a company specializing in mergers and acquisitions. “I was never invited into the boardroom, so I had to create my own.” Hall will soon tell his remarkable story of overcoming the odds in his upcoming book, No Bootstraps When You’re Barefoot (Random House, 2022). To date, he has delivered an unparalleled track record of success for North America’s biggest names including: Air Canada, Barrick, BHP Billiton, Citigroup, and Suncor. A newly minted judge on Dragons’ Den, Hall describes himself as a “sector-agnostic” investor, looking for great people with cutting-edge ideas he can coach to their full potential.

In addition to mentoring entrepreneurs on the show, Hall is dedicated to helping the next generation of Black leaders forge an easier path to success. We can use our collective corporate talents to solve for the lack of diversity, equity, and inclusion, just as we used it to solve challenges during the COVID-19 pandemic, says Hall, who hosts the podcast Between Us—a show where he speaks to family, friends, and powerful changemakers about tackling racism in the corporate world. Hall also recently founded the BlackNorth Initiative, challenging major companies to remove anti-Black systemic barriers. So far, more than 300 CEOs—of big banks, law firms, universities, mining companies, hospitals, airlines, charities, and more—have signed the initiative’s pledge to “create opportunities within our companies for Black people,” and adopt measurable targets to track their progress. Hall also serves as the Founder and Chairman of The Canadian Council of Business Leaders Against Anti-Black Systemic Racism. As a speaker, he channels his drive, passion, and commitment into presentations that leave audiences unwavering in their motivation to enact real change.

Hall has been sought out to lead some of North America’s highest profile deals and activist campaigns, including Enbridge’s $37 billion merger with Spectra Energy, Tim Hortons’ $12.5 billion merger with Burger King, and Petro Canada’s $19 billion merger with Suncor. He is also the owner of QM Environmental, a leading national environment and industrial services provider, and The Harbor Club hotel, one of St Lucia’s premier resorts. Hall currently sits at #16 on Maclean’s Power List, a ranking of 50 influential Canadians, and in 2020, he was one of five people appointed to the Ontario government’s Capital Markets Modernization Taskforce, an advisory group of experts tasked with revamping the province’s capital markets regulations. Hall received the designation ICD.D from the Institute of Corporate Directors (ICD) in partnership with the Rotman School of Management of the University of Toronto.

The Corporate World, Reimagined How We Can Unite To Fight Anti-Black Systemic Racism

By all accounts, Wes Hall’s story is an inspirational one: a Jamaican immigrant who worked odd jobs by day and studied by night, he eventually founded one of the most successful corporate advisory firms in North America. His break-through success was inspired by his grandmother’s industrious nature and powered by his tireless work ethic and determination. Yet, as Hall climbed the corporate ladder, he couldn’t help but notice he saw fewer and fewer people who looked like him at the top. “We appreciate the people who go from the mailroom to the boardroom. But we don’t see them until they actually get there,” explains Hall. “There are so many people knocking on that door, just waiting for a chance to get in, but not getting in because there aren’t enough people looking at what they have had to overcome.”
Today, Hall is a judge on CBC’s Dragons’ Den and founder of the BlackNorth Initiative, an organization that challenges companies to create new opportunities for Black employees. In this presentation, he not only tells his personal story of success, but reveals concrete steps that leaders and organizations can take to reduce anti-Black systemic barriers, advance POC in the workplace, and increase inclusion and belonging among everyone.

How Wes Hall is attacking racist systems, starting at the top

Man on a mission: How Wes Hall and the BlackNorth Initiative are bringing change to Bay Street

When I look in the mirror, I see George Floyd – and so do others