Lively (and hilarious) debate is the best remedy for today’s hot-button issues.

Comedian and Host of CBC’s The Debaters 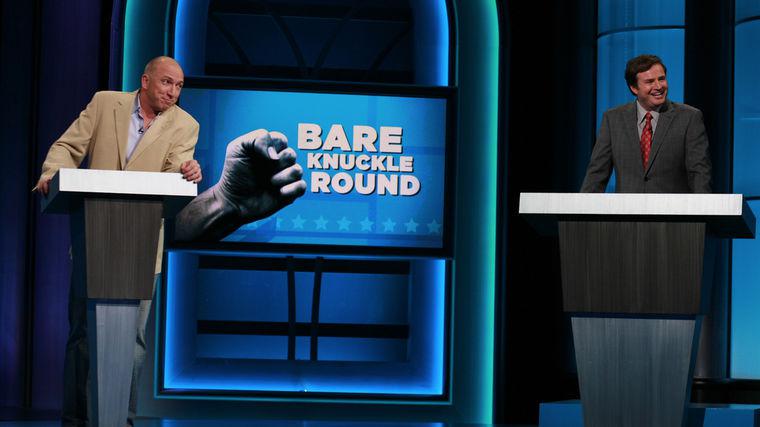 Should Old Rockers Give it Up?

The Debaters Live brings all the hilarity of the hit CBC series to your organization. Veteran comedian Steve Patterson and two guest comics at the top of their game deliver a rapid-fire exchange of facts and funny, customized to your industry or event. Guaranteed to educate and entertain, The Debaters is 100 percent original, super-smart, and wicked funny.

The Debaters has been entertaining audiences (with over 750,000 weekly radio listeners) for nearly a decade, and for good reason. This unique travelling show is the perfect dose of timely laughs for corporate events, fundraisers, and end-of-year gatherings. Here’s how it works: host Steve Patterson handpicks two guest comedians—in the past, they’ve included such Canadian comedy darlings as Mary Walsh, Scott Thompson, and Elvira Kurt—to perform a snap stand-up set before rolling to the main event: a topical debate. Topics can be as tailored—and silly—as you like. After opening rants, bare-knuckle and firing-line rounds, audience questions, and closing summations, your spectators get the final say on which comic was more convincing. This is high-energy live entertainment at its best—and most uproarious.

“The Debaters was the perfect “cherry on top” for our event. The comedians were hand-picked to fit our conference theme, the show was expertly planned, and the humour appealed to everyone in our audience. This is Canadian comedy that’s world-class! We were blown away with the customization of this show! Steve connected with our audience from the second he stepped on stage. He’s simply in a league of his own.”

The Grain Farmers of Ontario
Testimonials

“This is the first event that I have been to where there was actually more laughter than silence during a performance. The Debaters were great. They were also fabulous at our post show reception- where we had almost 1,200 folks in attendance.”

“The Debaters were amazing!”

The Debaters with Steve Patterson

CBC’s The Debaters—the hit radio show where comedians debate, and the audience adjudicates—is also a...