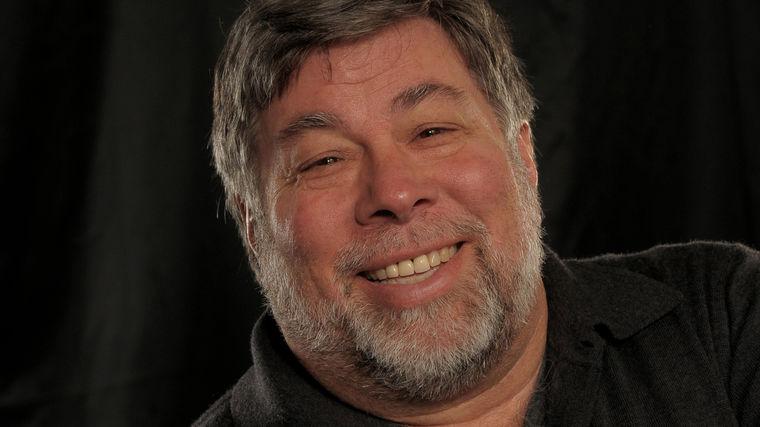 The Early Days of Apple

Before laptops were sleek and razor thin, and smartphones existed as a portal to infinite knowledge and entertainment, there was Steve Wozniak—world-class engineer and inventor of the world’s first personal computer. Joining forces with Steve Jobs, Wozniak co-founded a little organization called Apple Computer Inc. The rest, as they say, is history. In his no-holds-barred talks, Wozniak tells the story of how he ignited the computer revolution and effectively transformed the world, and reveals why making technology accessible for all is the key to creating a better future.

Silicon Valley icon and philanthropist Steve Wozniak—known as “The Woz”—made his mark in the 1970s with the design of Apple’s first products: the Apple I and II. The latter design included a central processing unit, a keyboard, color graphics, and a floppy disk drive—all the ingredients needed to launch the personal computer industry. He was awarded the highest honor bestowed on America’s leading innovators—the National Medal of Technology—by the President of the United States, and later inducted into the Inventors Hall of Fame. Wozniak also recieved the Hoover Medal, a prestigious honor given for “outstanding extra-career services by engineers to humanity.”

Wozniak’s biography, the New York Times bestselling iWoz: From Computer Geek to Cult Icon, not only shares the thrilling behind-the-scenes story of how the Apple Computer was born, but also gives readers a peek into how the famous tech wizard’s brain really works. His candid, funny, boisterous talks do the same, dazzling audiences with Wozniak’s good humour as well as his smarts.

After leaving Apple, Wozniak dedicated himself to various business and philanthropic ventures, focusing primarily on improving computer literacy in schools and encouraging hands-on, creative learning. He won the prestigious Heinz Award for Technology, Economy and Employment for “redirecting his lifelong passion for mathematics and electronics toward lighting the fires of excitement for education in grade school students and their teachers.” Making significant investment of both his time and resources, Wozniak “adopted” the Los Gatos School District, providing its students and teachers with hands-on teaching and state-of-the-art technology equipment. Wozniak founded the Electronic Frontier Foundation, and was the founding sponsor of the Tech Museum and Children’s Discovery Museum of San Jose.

How I Invented the Personal Computer, Co-Founded Apple, and Had Fun Doing It

An Interview with Steve Wozniak

Make Your Own Rules: Steve Wozniak On Innovation [VIDEO]

As innovation speaker Steve Wozniak says in a presentation at the Georgia State University...

Fresh off the stage after giving a keynote at TEDx Brussels (video shown above), Steve Wozniak...

Innovation speaker Steve Wozniak doesn’t like the cloud. In an article for Gizmodo, the co-founder...

Fulbright scholar, author, and former Symantec principal security advocate—Tarah has spent her career demystifying the cyber world for non-tech professionals. As a CFR Senior Fellow for Global Cyber Policy, she’ll help us make sense of policy issues that affect everyone.

A new study in the world’s top scientific journal—co-authored by David, an expert in the psychology of persistence—proves that it only takes half an hour to transform stressful situations into a challenge instead of a threat, sparking energy and motivation.

“It Takes Guts,” a delightful look at the inner workings of the digestive system, won the ILA’s 2022 award for Intermediate Nonfiction. It’s Jennifer’s second kids’ book, and she draws on her career as a scientist, writer, and broadcaster to make science interesting and engaging for people of all ages.

An award-winning photographer and MacArthur Genius, LaToya travelled to Flint, Michigan to document the community’s struggle against poisoned water and environmental racism. There, she found hope, resilience, and community.

The best change-makers are rebels with a cause, and the best organizations make room for them. Todd's book "The Art of Insubordination" is a scientific handbook for rebelling well, which Kirkus called “a useful primer for those determined to make waves for a good cause.”