Hatred drives politics more than any other consideration—but there is another way.

Novelist and Culture Writer | Author of The Next Civil War 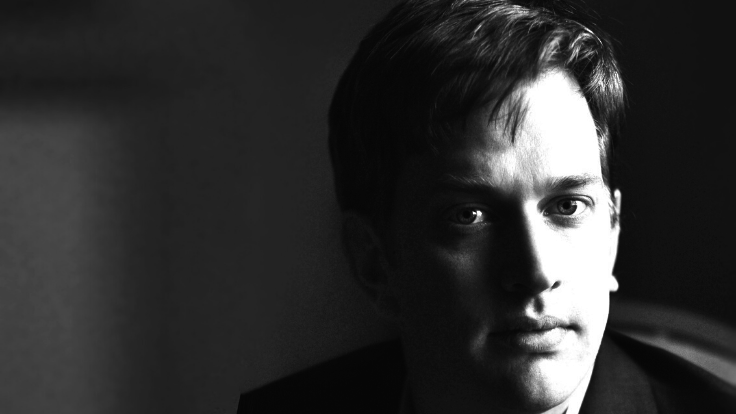 What Is Happening to American Democracy? (1:18)

The High Stakes of Polarization (1:35)

What Would the Next American Civil War Look Like? (1:12)

No matter your political leaning, most of us can see America is barreling toward a catastrophe of one kind or another. In The Next Civil War, acclaimed author and journalist Stephen Marche takes a divided nation and vividly breaks down the many threats looming before it—so that we may ensure they never happen. A stunning piece of speculative non-fiction, this book is a must-read for anyone concerned about the future of its people, its land, and its democracy.

“Brilliant . . . Marche has created a stunning, evocative, and impressionistic account of the ascent of wealth in the twentieth century.”

In the aftermath of the January 6th insurrection, it is not unwise to consider what the world could like if America were to fall to internal chaos. Drawing upon sophisticated predictive models and hundreds of interviews with experts—from military leaders and law enforcement, to environmentalists, war historians, and political scientists—Stephen Marche predicts the terrifying future collapse unfolding in front of our eyes in his book The Next Civil War. Assassinations, financial crashes, and devastating climate disasters are just a few of the events that could play out. Thankfully, though Marche’s chilling fiction is based on real data, it’s not too late for us to change our course—if anything, his powerful storytelling and lush prose act as a motivating force, compelling us to do everything we can to avert such a gruesome future. Engaging and charismatic, Marche is as expressive on stage as he is on the page, illuminating the possibilities that lie before us in a way that is informative, entertaining, and honest.

As both a writer and a speaker, Marche is interested in exploring the thorny problems that plague humanity, whether that’s political polarization, inequality, the COVID-19 crisis, or the rise of promising, yet troubling technology such as artificial intelligence—and in particular, natural language processing. “Artificial intelligence is an ethical quagmire,” he writes in “The Chatbot Problem,” a piece exploring the gendered and racialized implications of our speech and how that bias can be encoded in our technology. Published in The New Yorker, the article poses the question: What is an ethical framework for the distribution of language? And more importantly, what does language do to people? Marche’s talks are ultimately an extension of his brilliant writing, taking aim at the subtle, structural issues that are often unnoticed or disguised.

Marche’s previous books include three novels: Hunger of the Wolf, a genre-busting tale of money, morality, and the American Dream; Raymond and Hannah, a love story about two people drawn to each other despite the impediments of geography and culture; and Shining at the Bottom of the Sea, a vividly imagined anthology of a fictional country. His other non-fiction books include The Unmade Bed, a “poignant, thought-provoking” (National Post) exploration of gender roles in the 21st century, and How Shakespeare Changed Everything, an examination of the iconic playwright’s hidden influence in our culture. Marche’s writing has also appeared in The Atlantic, The New York Times, The Wall Street Journal, The New Yorker, and Esquire, where he wrote a monthly column.

The Next Civil War Dispatches From the American Future

Could the United States be swiftly careening toward a violent end? In his book The Next Civil War, author and cultural critic Stephen Marche considers a number of scenarios around which a civil war might emerge, from the assasination of a president to the rise of armed militias to natural disasters creating rampant food insecurity. Far from being alarmist, these hypothetical catalysts shine a light on how dangerous our present-day social tensions really are, and how little it would take to push us over the edge.
Marche has spoken to many people in the creation of this book, ranging from sociologists and political scientists, to white nationalists and gun enthusiasts—in an effort to understand our current and fiercely divided moment, as well as imagine where we can go from here. In this accompanying talk, he distills those insights and offers his own sharp commentary and resonant storytelling to explore the country’s most hot-button issues. Urgent, provocative, and brave, this presentation will inspire audiences to think deeply, and differently, about the challenges facing America today.
Artificial Intelligence

The Chatbot Problem Artificial Intelligence and the Future of Language

We are moving towards a world in which machines will be intelligent enough to create language. But what are the consequences of such a leap? Journalist Stephen Marche is fascinated with the coming implications that natural language processing will have on our lives and work. “Whatever field you are in, if it uses language, it is about to be transformed,” he writes in the New Yorker. “The changes that are coming are fundamental to every method of speaking and writing that presently exists.”
The ethics of AI are often debated: to what end will we allow technology to shift our lives? Or put another way, are we allowing technology to replace something distinctly human? Very soon, we will not be able to read a piece of text and assume a person has written it. In this rousing presentation, Marche explores the unease and anxiety around these innovations, as well as imagines a future in which they will be practically applied. Moving and original, this talk is a must-listen for anyone curious about how technology will intersect with our self-expression and communication.

The Next Civil War

Dispatches from the American Future

The Messy Truth About Men and Women in the 21st Century

The Hunger Of The Wolf

Love and the Mess We’re In

How Shakespeare Changed Everything

Shining at the Bottom of the Sea

Covid-19 proves it: unity is the only remedy for 21st century global crises

The Pursuit of Clarity in a Time of Plague

The Charms of Toronto for Prince Harry and Meghan Markle

The Woke Will Always Break Your Heart

The Burning of Notre Dame and the Ephemerality of the World