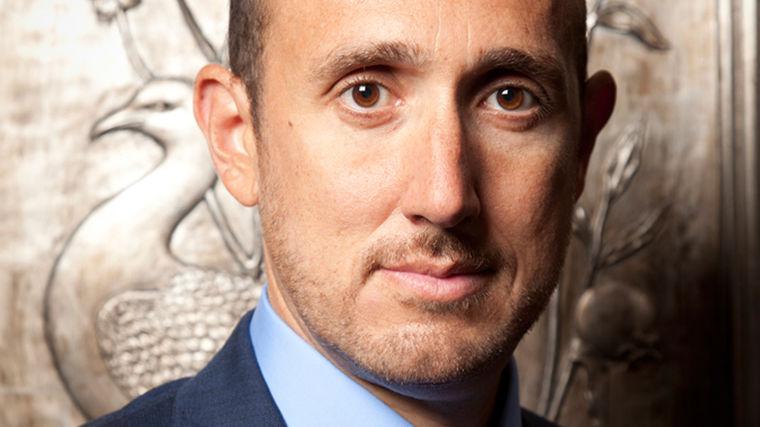 The One Mindset that Helped Snapchat Succeed (5:46)

What Do Americans Want From Corporations? (4:26)

As the Chief Content Officer of Forbes, Randall Lane led the magazine to its highest ever readership across both digital and print platforms. He also founded and organized some of Forbes’ most successful franchises, including the Forbes 400 Summit on Philanthropy and the now-iconic 30 Under 30 list. With a unique insight into entrepreneurship capitalism, Lane sheds light on how we can use market-based thinking to adapt, innovate, and solve the world’s most pressing problems.

“Randall is a unique and talented leader at Forbes. A true innovator, he’s the creator of many of Forbes’ popular editorial franchises.”

Want to get inside the minds of some of the world’s foremost billionaires, CEOs, and entrepreneurs? To better understand the hallmarks of progressive leadership, adaptive thinking, and lightening-quick innovation? Look no further than Randall Lane, the Chief Content Officer at Forbes Media and Editor of Forbes Magazine. The defining voice of entrepreneurial capitalism, with a foundation of over 100 years, Forbes ranks as the largest global business media brand in the world. Under Lane’s dynamic leadership, the magazine experienced growth in a time when many other publications were folding. Lane increased readership to historic highs: 71.1 million for digital, and 6.8 million for print. In addition to his editorial responsibilities—he continues to write in-depth, thoughtful business stories—Lane developed two of the company’s major annual events. The Forbes 400 Summit on Philanthropy is a gathering of philanthropists, social entrepreneurs, and business leaders dedicated to tackling the world’s most critical problems. His other project, 30 Under 30, started off as an annual list of America’s entrepreneurial trailblazers. It eventually expanded into lists for Asia, Europe, and Africa—and now hosts a yearly conference of game-changers and industry-shakers in each continent.

Lane started his career as a reporter, staff writer, and Washington Bureau Chief at Forbes magazine, but left to pursue his own entrepreneurial ventures. He co-founded P.O.V., a magazine that was named Adweek’s Start-Up of the Year, and served as Founder and CEO of Doubledown Media, a publisher that produced six magazines, including Trader Monthly and Dealmaker. As a result, Lane returned to Forbes with a wealth of hands-on entrepreneurial experience: “I used to think chronicling the world's greatest business minds made me a great entrepreneur, but I now realize my time as an entrepreneur made me an acute business journalist,” he says.

A fluid speaker and a regular on MSNBC’s Morning Joe and other television programs, Lane sits on the board of directors of Global Citizen and Just Capital, chairs the advisory board of Last Mile Health, and also serves on the Board of Overseers of Columbia’s School of Professional Studies. He also sits on three  boards affiliated with his alma mater, the University of Pennsylvania, where he graduated with a degree in History and Political Science. In addition to his business reporting, Lane has authored two books: The Zeroes: My Misadventures in the Decade Wall Street Went Insane and You Only Have to Be Right Once: The Rise of the Instant Billionaires Behind Spotify, Airbnb, Whatsapp, and 13 Other Amazing Startups.

Should billionaires even exist? Is socialism really all that bad? Should we tax the rich—or take even more drastic action? Questions that would have seemed crazy even just a few years ago are common now. Americans’ trust in capitalism is at an all-time low, young people are turning to socialism, and everybody’s talking about the 70% tax on the country’s wealthiest. And when it comes to the nation’s highest earners, Randall Lane—entrepreneur, economic expert, and the youngest editor of Forbes—has got their number, literally. Lane has been up close and personal with the likes of Bill Gates and Warren Buffett, people who’ve undeniably benefited from capitalism and should, you’d think, be unequivocally singing its praises. But even among the rich there’s a rising worry that capitalism as we know it is just not working. Should 72 individuals be worth as much as $3.75 billion? Is the person who invented Candy Crush more valuable than the person who invented the dishwasher? With income inequality increasing, fewer low-wage earners able to access to the advantages of capitalism, and a growing resentment toward the ultra-rich among the 99%, disparity isn’t just depressing: it’s dangerous. In this hard-hitting, info-packed keynote, Lane unpacks the pessimism around American’s personal prospects, and the nation’s economic future—what got us here, and what can get us out.

The Expert Guide Navigating the New Frontiers of Business

Randall Lane isn’t just the youngest editor of Forbes; he’s also a successful entrepreneur who founded two start-ups. It’s this experience that makes his keynotes so insightful: Lane has seen, done, written about, and covered corporate America from every angle. He goes beyond buzzwords to explain how new technologies and a host of other disruptions are changing management, leadership, creativity, and innovation as we know them. And, with the clarity of the best journalists, he helps you understand what this means for your industry. He offers customized takeaways for anyone who wants to move slightly ahead of the times. Contemporary business is accelerating, and there’s no better guide to this new frontier than Randall Lane.

The Millennial Miracle Lessons from the Greatest Generation of Business

As the creator of both Forbes’ wildly popular 30 Under 30 lists and the Under 30 Summit, as well as the author of You Only Need to Be Right Once (Penguin), which chronicles the rise of the young tech billionaire, Randall Lane is at the center of a historically unprecedented event. For the first time in human history, it’s actually a professional advantage to be young. The stories behind how these first-generation digital natives have disrupted entire industries, which Lane chronicles with gusto, offer great lessons and a blueprint for business and professional reinvention. His keynote ends with a candid Q-and-A, fielding deeper questions on this topic, as well as general questions about business or the media.

As the founder of the Forbes 400 Summit on Philanthropy, the world’s most exclusive get-together on giving, and someone who has re-focused Forbes Magazine’s coverage on this topic, Randall Lane brings a uniquely informed perspective on how a focus on mission and purpose can take any organization to new levels. He draws on first-hand anecdotes from some of the most famous, influential entrepreneurs and business leaders to draw out lessons that are as entertaining as they are important. His keynote ends with a candid Q-and-A, fielding deeper questions on this topic, as well as general questions about business or the media.

You Only Have to Be Right Once

The Unprecedented Rise of the Instant Tech Billionaires

My Misadventures in the Decade Wall Street Went Insane

Inside Trump's Head: An Exclusive Interview With the President, And the Single Theory That Explains Everything

Reimagining Capitalism: How The Greatest System Ever Conceived (And Its Billionaires) Need To Change

Two Flights From Hell: Delta, United And The Future of Brand Authenticity

With One New App, The Entire World's Oral History Is About To Go Viral

Randall Lane, the Chief Content Officer of Forbes, announced the magazine would be continuing its...

Over 300 of the most influential entrepreneurs will gather for the fourth annual Forbes Under 30...

“For the past year I’ve had one-on-one discussions with no fewer than two dozen billionaires,...

American Business Under Trump: Randall Lane, Editor of Forbes, on Innovation and Ingenuity under the New Presidency

How will business fare under Trump? How will this new government affect entrepreneurship, tech, and...

As the editor of Forbes Magazine, Randall Lane stands on the cusp of what’s new in...