Technology and science continue to make the world a better place—we can’t lose sight of that core truth. 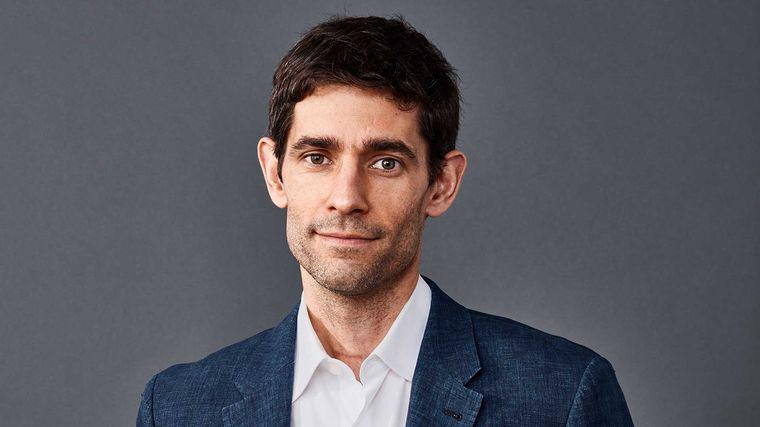 Covering the Ways Technology Is Changing What It Means to Be Human (17:07)

The Divisive Role of Technology in Politics (1:48)

Confronting the Social Biases in AI (5:10)

Technology Is Making the World Better. Except When It Doesn’t. (11:52)

The Most Crucial Innovation Since Fire and Electricity? AI (4:42)

The story of how science and tech will change our lives is one of the most important in the world. And no one’s more equipped to tell it than NICHOLAS THOMPSON. As the editor-in-chief of Wired, he is the first person to know—and investigate—both the technological and ethical developments as they unfold in Silicon Valley. He speaks at the cutting edge of digital innovation—championing tech’s role in making the world a better place.

“Nick is an accomplished editor, and his leadership at The New Yorker speaks for itself. Nick’s return to Wired, combined with his impeccable journalistic skills, will give the Wired team a tremendous advantage in covering the world of technology.”

As the editor-in-chief of Wired—one of the most prestigious positions in the world of technology—Nicholas Thompson is staking out a bold, optimistic vision for covering, and responding to, the changing realm of digital culture. From artificial intelligence to entertainment, privacy to social media, ethics to war, Thompson leads the news cycle—and in talks, he champions the ways tech can enhance our lives, both as a quick-witted, brilliant keynote speaker and as a charming, provocative host.

Thompson served previously as a senior editor at Wired from 2005–2010. There, he edited both National Magazine Award-nominated writing and “The Great Escape,” the story that became the feature film Argo. Thompson then played a pivotal role with The New Yorker—first as senior editor, then as editor of the magazine’s digital platform, where he helped re-design the website, launch the New Yorker app, spark an eight-fold increase in monthly readers, and quadruple the number of new digital subscribers each month (based on his editorial focus on offering loyalty to writers, diversifying the magazine’s social media presence, and publishing “more, better stories”). He is also the author of the critically acclaimed biography The Hawk and the Dove: Paul Nitze, George Kennan, and the History of the Cold War.

“Nicholas Thompson provides a white-knuckle glimpse inside the 20th century’s most dangerous moments.”

— Time Magazine, on The Hawk and the Dove

Earlier in his career, Thompson worked as a Senior Editor at Legal Affairs, as an editor at the Washington Monthly, and co-founded The Atavist, the National Magazine Award-winning publishing company which he sold to WordPress. He appears regularly on CBS This Morning and the CBS Evening News, and is a contributor to the network. With a massive and vigilant following on social media, Thompson was named by LinkedIn as #4 on their 2018 list of top influencers, just behind Melinda Gates and one spot ahead of Justin Trudeau. He earned the 21st Century Leader Award from The National Committee on American Foreign Policy, was a Future Tense Fellow at the New America Foundation, and is a member of the Council on Foreign Relations. Thompson graduated from Stanford University, where he was a United States Truman Scholar. He is also an accomplished runner is currently the #23 ranked master’s marathon runner in the world.

“He was unbelievable. Not one person had anything negative to say, in fact, the opposite. Everyone thought he was so entertaining, smart, insightful and compelling. We want to hire him again.”

“Your speech was extraordinarily well received and your moderation of the panel was done with great skill. The conversations that followed amongst our senior leadership during the rest of the day's programming proved that the experience was invaluable for everyone in our organization.”

“I am fairly certain that was one of the most interesting sponsored events ever. You gave even those of us who are deep into these issues much more to think (and worry) about. Every single client, all of whom deal with these issues on a daily basis, are still talking about your presentation and the importance of understanding the quality of data and potential biases that go into A.I. in the first place. Thank you!”

“Aside from organizing the call, I wanted to thank you for your time at the conference. Your presentation added to our day, making it full of interesting discussion and topics.”

9 Trade-Offs The Future of Technology and Its Compromises

As the Editor-in-Chief of Wired, Nicholas Thompson is an unparalleled insider with corner office connections at Facebook, Google, Apple, and more. Any oracular ability he has is tempered with deep pragmatism—a sense of great possibility in tech—and the knowledge that nothing comes for free. In this intellectually thrilling keynote, Thompson breaks down the nine trade-offs that all of us, whatever our business, should be aware of when it comes to adopting new tech. What should you consider when it comes to security versus privacy? What about social biases embedded in AI? As Thompson discusses, certain biases might be beneficial to your business and to society. Then there’s retail: how will data-driven AR in in brick-and-mortar outlets affect our perception of reality, let alone how consumers make purchases? With clear takeaways and fascinating precedents, Thompson will initiate you and your audience into the trade-offs of an increasingly innovation-driven economy—and help guide you towards your priorities.

As Wired’s new editor-in-chief, Nicholas Thompson is committed to pushing the magazine to the forefront of technology. And as a veteran public speaker—a great explainer and entertaining moderator, comfortable with hosting, interviewing, or delivering keynotes himself—he’s uniquely situated to offer informed commentary on everything new and vital in this inexhaustible field. How will artificial intelligence and robotics change our devices, the way we work, earn a living, fight wars, solve problems—our very selves? How will privacy, security, and cyber-espionage evolve in the coming years of interconnectivity (and how much should the average person or company care)? How will the world’s dominant tech corporations—Apple, Google, Facebook, Amazon, Microsoft—interact with citizens, help write policy, and exert power over governments and citizens? And how can the media continue upholding the truth throughout, especially under an administration that’s declared war on journalists? No matter the subject—design, culture, media, tech, ethics, or our digital future—Nicholas Thompson is more than ready to break the news with big ideas and fearless takes.

Modernizing one of the oldest and most pedigreed publications in the nation might seem like a tall order, but Nicholas Thompson was more than ready. Prior to taking the helm at Wired magazine, Thompson spearheaded a radical digital makeover at NewYorker.com, expanding the magazine’s online readership and ultimately increasing circulation in the print edition as well. How did Thompson successfully draw 25% more visitors to the storied magazine’s digital platform? While diversified social media and cutting-edge SEO strategies are all part of the plan, Thompson’s counterintuitive approach was to resist the trend of fast, disposable online media. “The main strategy for growing audience is to publish more, better stories,” he says. “The stories we’re prouder of, the stories we put more effort into, attract more readers” (Poynter). In an age when listicles and clickbait seem to hold court, Thomson’s illuminating keynote explores the “wonderful value in aligning your business model with your editorial model” (CJR)—and how consistently excellent content is the first action item in transforming digital platforms.

When Wired was founded, it heralded—even celebrated—a coming revolution in technology. To new editor-in-chief Nicholas Thompson, that revolution has arrived—just not in the way he’d hoped. Today, despite its abundance, tech is still unevenly distributed across society, with disruptions already having a massive impact on previously dependable employments; our journalists face a new era of alternative facts and ‘fake’ news; Facebook users often sit in an algorithmic echo chamber of ideas; and a cynical suspicion of science means even expert consensus is cast into doubt. But, as Thompson argues, today also marks a critical time to protect Wired’s early vision: to “make sure science keeps going forward, that we can all agree on facts, and make sure all that information makes our lives richer” (CNN). In this keynote, Thompson discusses the ever-changing frontier of business and technology, science and design, from Silicon Valley to Wall Street—and how good design and the highest values can help ensure the digital revolution remains at the service of human beings. “Technology and science continue to make the world a better place,” Thompson tells CJR—and we can’t lose sight of that truth.

The Hawk and the Dove

Paul Nitze, George Kennan, and the History of the Cold War

Inside The Two Years That Shook Facebook—And The World

Author Franklin Foer on Controlling the Power of Big Tech

Sex, Drugs, and The Inside Lane: Recapping the 2017 World Championships of Track

Our Minds Have Been Hijacked By Our Phones. Tristan Harris Wants to Rescue Them

Instagram Unleashes an AI System to Blast Away Nasty Comments

The Pentagon Looks to Videogames for the Future of War

The Former Secretary of Defense Outlines the Future of Warfare

Q&A: Nicholas Thompson looks to push Wired into the future by returning to radical roots

With truth and science under attack, Wired’s new editor Nick Thompson is planning a defense

The talk of the Web: How The New Yorker grew its digital audience by focusing on quality

The New Yorker’s Nicholas Thompson: ‘You have to be good at the beginning’

As the Editor-in-Chief of WIRED, Nicholas Thompson published two critical exposés on one of the...

How Does Tech Influence Modern-Day Communication? Nicholas Thompson Weighs In

How does technology intersect with different life stages? What is the narrative of technological...

What Can Social Media Learn from LinkedIn? Nicholas Thompson Speaks to the New York Times

Beginning as an alternative to job listing databases, LinkedIn has grown into a professional...

WIRED Editor-in-Chief Nicholas Thompson is the go-to authority on the world’s most important...

Plan the Conference of the Future with Lavin + WIRED: A New, Exclusive Partnership

The four-day summit, named WIRED25, was a celebration of the ideas, innovations, and icons that...

Among the “Top Influencers” on LinkedIn for 2017 Is Nicholas Thompson, Editor-in-Chief of Wired

LinkedIn’s Top Voices: Influencers are those who are “curating what you need to know to stay ahead...

The Lavin Weekly: Instagram’s Hate Filter, Cracks in the Administration, A First for Marvel, & a New Innovator in Residence

In this edition of The Lavin Weekly, Nicholas Thompson explores the ethics of Instagram’s hate...

The Lavin Interview with Nicholas Thompson: New Editor-in-Chief of Wired on the Future of Tech, A.I., and Humanity

Newly minted Wired EIC Nicholas Thompson is ready to revitalize the iconic tech monthly. As the...