The road to creativity is right beneath our feet—we just need to learn how to walk it. 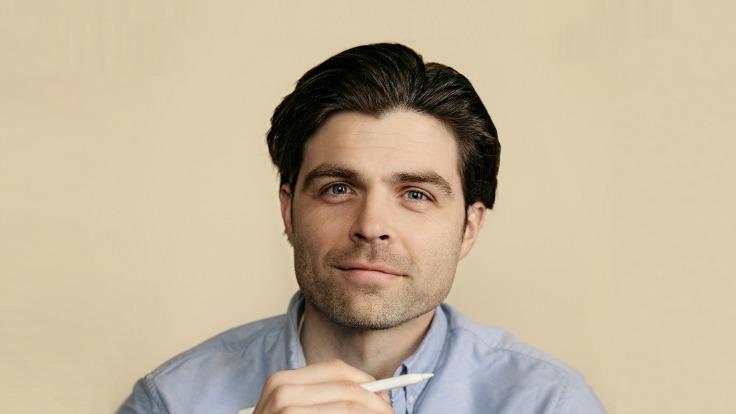 How often do we see the world as if it were brand new? Do we ever stop to think about the strange things we need to do every day? That’s what makes Nathan Pyle and his work on Strange Planet—an Internet sensation—so special. Deeply funny and adorably surreal, Nathan’s comic strip follows the residents of an oddly familiar world as they act out their favorite rituals—along the way, Nathan holds up a mirror that exposes just how weird and wonderfully absurd we all are. He wants to show us that inspiration and creativity are everywhere, and that seeing things with fresh eyes can empower us to think and innovate in completely new ways.

“Pyle is a master at creating things that resonate. Everything he observes has the potential to become art.”

Nathan Pyle has spent the last decade making art for the Internet—but it’s his latest creation, Strange Planet, that has truly taken the world by storm. A comic strip-turned-cultural-phenomenon, the series is so beloved, and so enjoyable, because it’s all about taking a fresh look at the ordinary things we do every single day. Nathan asks: “Why do we think something is important and something else is less important?” He pokes and prods the social traditions we take for granted and shines a light on how weird they really are, from singing happy birthday to feeling like we need to tidy up our apartment before guests arrive.

Nathan is endlessly fascinated by everything – nothing is too small or trivial. His talks on creativity teaches us not only how we can recapture that wonder in our own daily lives, but how to channel it effectively. With unparalleled imagination, unforgettable storytelling, and contagious humor, he expertly flips traditional scripts on their head to reveal the layers of meaning beneath the ordinary world.  The result is an entertaining, awe-inspiring presentation that will leave audiences with an expanded sense of what’s possible, at work and in their personal life.

Strange Planet is not Pyle’s first viral success story. He landed both a book deal and a job at BuzzFeed after a 12-part Reddit comic he created outlining how to survive living in New York City. The series was picked up by HarperCollins and later became the New York Times bestseller NYC Basic Tips and Etiquette.