Architecture can be an engine for social change—and social justice. 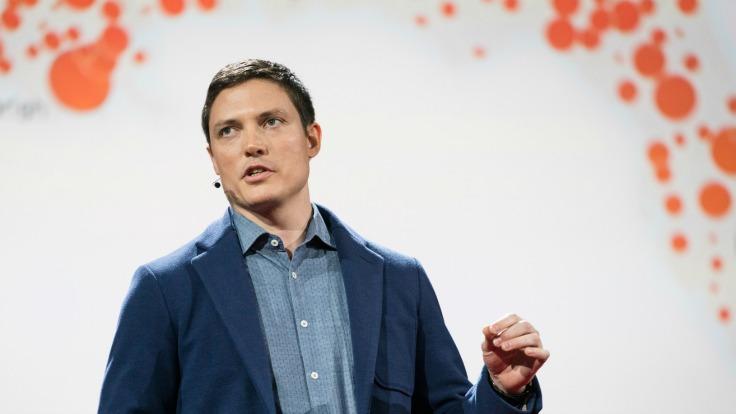 If you want to know what we prioritize as a society, look to our architecture. This is the philosophy of Michael Murphy, one of the most acclaimed architects in America. What happens when we redraft those priorities to promote justice, and human dignity? With MASS Design Group, Murphy creates engines for social change in the form of hospitals, schools, and monuments—transformations that are seen and felt. He speaks eloquently on how the buildings we make, work, and live in can nourish us, bringing function and beauty to individuals and communities alike.

How can we enhance our communities, positively alter behavior, and make social progress? To Michael Murphy, architecture isn’t limited to its physical form of concrete and steel—it shapes the behaviors and emotions of those who live, work, and move within its walls. Founding Principal and Executive Director of MASS Design Group, Murphy’s visionary work is driven by the belief that architecture is never neutral: it either heals or hurts. “Why is it that the best architects, the greatest architecture—all beautiful and visionary and innovative—is also so rare and seems to serve so very few?” asks Murphy in his standing ovation-garnering TED Talk. With MASS, Murphy’s edifices are a living answer to that question, beautiful and restorative to the people who enter them. MASS’ recent project, the National Memorial for Peace and Justice in Montgomery, Alabama, was called the “the single greatest work of American architecture of the 21st century” by the Dallas Morning News.

Murphy prioritizes hiring locally, sourcing regionally, and using every design decision as an opportunity to invest in the dignity of the communities he serves. For the Butaro District Hospital in Rwanda, he hired locals, empowering them to build their own structure from the ground up. The result was a space of literal and figurative healing: allowing citizens to heal through the dignity of shared labor, as well as creating a space which drew from healthier design principles—open hallways, intentional colors, and windows—to facilitate faster healing from patients.

As a speaker, teacher, and architect, Murphy’s work investigates the social and political consequences of the built world. In his sweeping, optimistic talks, Murphy advocates for a new empowerment that calls on citizens and architects to consider the power relationships of design, while simultaneously searching for beauty and meaning. MASS Design Group received the 2018 J. Irwin and Xenia S. Miller Prize, the 2018 American Academy of Arts and Letters Award in Architecture, and the 2017 Cooper Hewitt National Design Award in Architecture. Alabama’s National Memorial for Peace and Justice has been featured in over 400 publications including The New York Times, The New Yorker, The Washington Post, and 60 Minutes. Murphy is an Adjunct Associate Professor at the Columbia Graduate School of Architecture, Planning, and Preservation, has taught at the Wentworth Institute of Technology, the Boston Architectural College, and the Harvard Graduate School of Design. In 2018, he was a Santa Fe Art Institute Equal Justice Resident. Murphy holds a Master of Architecture from the Harvard Graduate School of Design.

Architecture is more than the buildings that shelter us. It has the power to hurt and heal us, as people and communities. Award-winning architect and Executive Director of MASS Design Group, Michael Murphy has leveraged this power in a holistic approach that produces community-centric buildings which promote health, justice, beauty, and human dignity. In this inspiring and optimistic talk, Murphy explores the advantages of designing buildings to improve the well-being of individuals and communities, using low-impact and environmentally conscious construction that enriches the community, and evaluating each design’s impact in improving lives. Your audience will leave this talk with a heightened awareness of how the spaces we move through affect our health and behavior, and how as citizens and community members, we can all become more involved in shaping the architecture that structures our civic, professional, and personal lives.

A Visit to Montgomery’s Legacy Museum

A Memorial to the Lingering Horror of Lynching

The way we make buildings reveals a lot about us says Michael Murphy—the acclaimed, visionary...