We must extend empathy and compassion to the people who show us hostility and contempt.

Author of Dirty Work: Essential Jobs and the Hidden Toll of Inequality in America 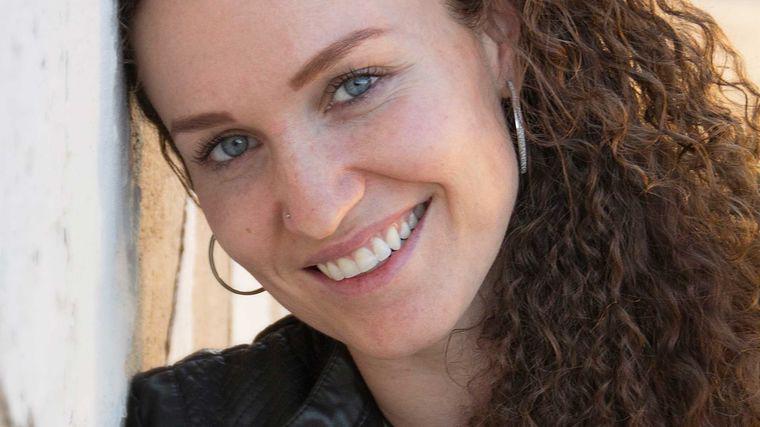 What Did It Take to Leave the Westboro Baptist Church?

Megan Phelps-Roper grew up in the Westboro Baptist Church: an infamously intolerant group. But engaging in open dialogue with strangers on Twitter showed her another life was possible—and, she escaped her home, family, and faith. Now, with her brand new memoir, Unfollow, she’s able to share her fascinating journey even more deeply than in her major New Yorker profile and popular TED Talk. Phelps-Roper is a unique example of how empathy can overcome hate, and how acceptance can bridge ideology.

“Phelps-Roper’s intelligence and compassion shine throughout with electric prose...For anyone interested in the power of rhetoric, belief, and family, [her] powerful, empathetic memoir will be a must-read.”

Megan Phelps-Roper was raised within the virulent religious group The Westboro Baptist Church: known for picketing against the LGBT community, funeral services for soldiers, and nearly every other religious faith. By 2009, she was running the church’s Twitter account (as granddaughter of Fred Phelps, church founder, and daughter of Shirley Phelps-Roper, former church spokesperson, Megan played a central role in spreading its signature brand of hateful rhetoric to a global audience). However, after interacting with calm, civil, and genuinely empathetic individuals online—including one user who would eventually become her husband—Phelps-Roper began to question the dogmatic assertions of her faith and its celebrations of human tragedy. In 2012, she and her sister made the incredibly brave (and rare) decision to abandon their cloistered way of life, leave their family and home, and renounce their teachings.

“Megan’s story is encouraging. It shows that we can harness the power of social media for good. That it can be a medium for gentle and patient conversation, that it can help us to find our share in humanity.”

— Morgan Freeman, The Story of Us

Since then, Phelps-Roper has championed the power of empathetic dialogue to change minds and connect with those we may disagree with. Her inspiring, moving, and deeply human story of change is also the subject of her memoir, called Unfollow: A Memoir of Loving and Leaving the Westboro Baptist Church.  Already, it’s set to be transformed into a major feature film—directed by Marc Webb, scripted by Nick Hornby, and produced by Reese Witherspoon. Recently, she’s appeared on Sarah Silverman’s Hulu series, I Love You, America, and on the National Geographic series The Story of Us, with Academy Award-winner Morgan Freeman. In her popular TED Talk, she shares how understanding and compassion can transform lives, even across the widest of ideological gulfs.

As a keynote speaker and educator, she engages with schools, faith groups, law enforcement, and anti-extremism organizations on strengthening human bonds through better public discourse. She has been covered, most significantly, by The New Yorker, The Guardian, VICE, The Globe and Mail, NPR, and other international organizations.

Empathy for the Other Side Dialogue That Overcomes Hate, Makes Connections, and Changes Minds

In this inspiring talk, Megan Phelps-Roper advocates for a better, more empathetic way to overcome disagreements—for engaged communication that not only heals wounds and forges bonds, but helps us expand our narrow perspectives.

Red states vs. blue states. So-called liberal elites vs. racist, misogynist trolls. Entrenched political divides. Impenetrable public stances. Online shaming and intimidation. These polemical forces dominate the zeitgeist (as Phelps-Roper discovered through the harrowing process of moving from zealotry to her new vocation: an anti-bullying, anti-extremism educator). But they also silo our communities and widen the gulfs between us. As she says: “Listening is not agreeing. Empathy is not a betrayal of one’s cause. These are tools of effective persuasion.” And this is the essence of her timely message—a nourishing defense of civil discourse, open inquiry, and consideration for those who challenge our points of view.  Ultimately, it’s about approaching others for what they are: as human beings, full of frailty, full of potential. And in so doing, we extend to them the rarest of gifts: understanding, generosity, and compassion.

A Memoir of Loving and Leaving the Westboro Baptist Church

4 Tips for Talking to People You Disagree With

If You're Raised To Hate, Can You Reverse It?

How One Woman Left the Hate Group She Grew Up In

I grew up in the Westboro Baptist Church. Here's why I left.

How to Talk to People You Hate About Politics

Have we lost the ability to convince people who don't already agree with us?

Fleeing the grip of a sect can be a matter of life or death.

The New Yorker Piece on Megan Phelps-Roper Is an Amazing, Heartbreaking Portrait of a Human

“I think for some people who leave Westboro, losing that sense of specialness feels like you’ve...

Marking the launch of her new memoir, Unfollow: Loving and Leaving the Westboro Baptist Church,...

Could you leave your family and lifelong friends behind and start over? The hotly anticipated...

First a Memoir, Soon a Film. Megan Phelps-Roper’s Story of Leaving the Westboro Baptist Church Is a Study in Empathy

Megan Phelps-Roper, once a prominent member of the Westboro Baptist Church, known for its vicious...

Speaking Truth to Power: Though Their Activism Looks Different, These Speakers All Fight for Human Rights & Equality

“It couldn’t happen here, not in 2017.” This is the soothing delusion many of us have recited over...

Can you track the precise moment change is cued? With Megan Phelps-Roper, former member of the...