Democracy is never complete: it is always a dream. 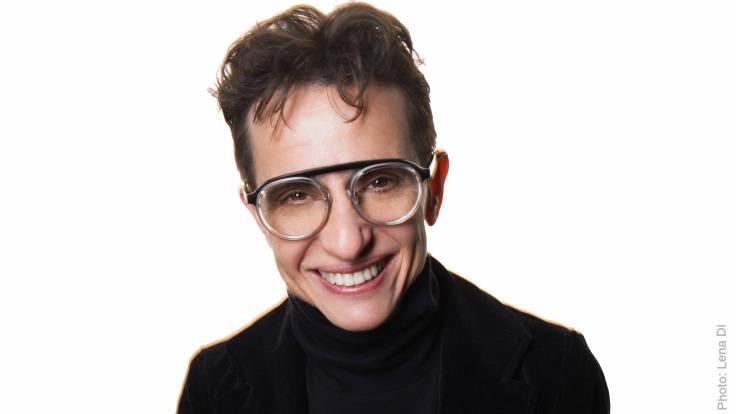 When National Leaders Live in an “Alternative Reality” (3:50)

What has happened to America—its political system, its institutions, its media, even its language—since the rupture of the 2016 election? In urgent talks, National Book Award-winning author Masha Gessen examines the Trumpian turn this country has taken. Expanding on the landmark article “Autocracy: Rules for Survival,” Gessen reveals how, together, we can defend the law, the ideals—the democracy—on which our country is based. A failure to imagine the future has cost us so much in the past few years; in timely keynotes, Gessen explores how we can create a shared vision of the future.

“Remarkable…Gessen’s deft blending of…stories gives us a fresh view of recent Russian history from within, as it was experienced at the time by its people. It is a welcome perspective.”

— New York Review of Books, on The Future is History

Bestselling author Masha Gessen is a New Yorker staff writer and one of the most acclaimed journalists of this generation. Gessen is at work on two highly anticipated books, tied to the cultural and political moment. In Surviving Autocracy, based on the viral New York Review of Books article “Autocracy: Rules for Survival,” Gessen takes stock of what America has become, and is at fear of becoming, under the current administration. (Among the rules: “Don’t make compromises” and “Remember the future.”) Gessen addresses the damage done to institutions, to the free press, to language itself, and explores the dangerous cordoning off of white male America, among other pressing topics. In a second book, based on extensive travels around the world, Gessen looks at imaginative political projects—small, visionary models that show us a better way of living together. Both forthcoming books form the basis of new keynotes.

Called a “fiercely independent journalist” (New York Times Book Review) who “has shown remarkable courage” (Wall Street Journal), Masha Gessen has lectured widely and written ten books, most recently The Future is History: How Totalitarianism Reclaimed Russia, which won the National Book Award. Gessen’s writing—on Trump, on Putin, on autocracy, on human rights, on L.G.B.T. issues, on many topics—has appeared in Vanity Fair, The New York Times, and elsewhere. Gessen has also worked as a science journalist, covering AIDS, medical genetics, and mathematics. The recipient of numerous awards, including a Guggenheim Fellowship, a Carnegie Fellowship, and the Hitchens Prize, Gessen is a visiting professor at Amherst College.

Breaking Down Putin's Latest Move To Consolidate Power In Russia

The Future is History

The Man Without a Face

The Unlikely Rise of Vladimir Putin

The Passion of Pussy Riot