Let’s focus on honest execution and engagement instead of chasing the next big thing.

INSEAD Professor | Author of The Culture Map and No Rules Rules 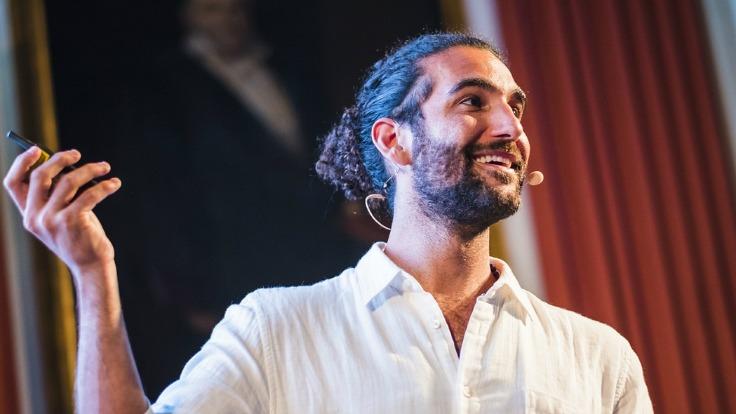 What Fyre Festival Teaches Us about Failure (3:14)

What’s a benefit of everything going up in smoke? You can learn how to do things right next time. Entrepreneur and Wharton graduate Marc Weinstein is recognized as the voice of reason from Fyre, the Netflix documentary about the unparalleled disaster of the overly ambitious destination music festival, Fyre Festival. Weinstein is uniquely able see both successes and crises as opportunities to produce a powerful message of mindful entrepreneurship. You can learn from mistakes before they’re made, and engage ethically and meaningfully with the attention economy.

“Slapping slick marketing and charismatic storytelling on top of a weak foundation is a recipe for disaster. Fake it till you make it does not always work. It’s time for a new paradigm.”

“Often in start-up culture, we hear phrases like we don’t take no for an answer, solutions not problems, and every problem is an opportunity,” says Marc Weinstein. These clichés might be true in some circumstances, but they can also lead to egregious decision making, like what Weinstein witnessed firsthand as Fyre Festival’s music festival consultant. In the Netflix doc, Fyre—viewed over 20 million times in its first month alone—Weinstein stands out as one of the few levelheaded people advocating for caution and cancelation before the calamity really strikes. We’re all familiar with the stories of  heroic entrepreneurs who nearly failed, but pulled it off in the 11th hour—but what happens when they don’t? Weinstein’s anchoring talks challenge us to resist the hero narrative, and instead opt to surround ourselves with the right colleagues, take expert advice when it's provided, and empower those around us to make realistic decisions.

Weinstein is currently a Principal at Wave Financial, a leading venture capital firm in the blockchain and cryptocurrency industry, where he leads the investment team. He is an active advisor to start-ups, including Prime Social Group, Siempo, and Swytch. Prior to this, he worked as an investment banker at Morgan Stanley and Jefferies & Co. A serial entrepreneur with multiple start-ups (like the smash 90sFest) under his belt, Weinstein also has a notable podcast, “The Look Up!”, which addresses the modern challenges Millennials face, like social media addiction. The show shines an insightful light on entrepreneurs and researchers trying to solve these problems.

Happiness in the Age of Influencers Health, Wellness and the Modern American Dream

We are currently experiencing “peak influencer culture” that has created a Frankenstein version of the American Dream. While we once simply sought the opportunity for self-sustenance, we now crave so much more. Why? Armed with our personal data, armies of engineers to tweak their algorithms, and online celebrity influencers, companies now have more tools at their disposal than ever before to convince us that we are lacking. Faced with the 24/7 bombardment of our attention, how can we possibly take back control in order to lead happier, healthier lives?

An entrepreneur, venture capital investor, and certified yoga instructor, Marc Weinstein addresses the problems that chasing the modern American dream have caused him and those around him. Through sharing his own personal struggles with toxic entrepreneurship, social media addiction, and the now-infamous Fyre Festival, Marc offers practices that can help us to take control of our attention and ultimately our happiness.

The Future of the Internet The Attention Economy, FOMO, and Privacy

The rise of Web 2.0 platforms like Facebook, Instagram, Google, and Amazon led to an entirely new take on an old business model: advertising. In exchange for convenience and connectivity, users unknowingly surrendered the right to their personal data. As more of our information was collected by these platforms, the content we saw was adapted to our unique desires, not necessarily for the better.

Though the promise of these social platforms was to serve as connection engines that brought us closer together, the proliferation of these weaponized marketing tactics has in fact, created comparison engines that are driving us further apart. Curated content has led to confirmation bias and tribalism that is tearing at the fabric of our society. Young millennials and aughts are experiencing increased feelings of isolation, depression, and FOMO (fear of missing out), and frustration and anger have become ubiquitous on the Web.

In this engaging talk, Marc discusses his experience with Fyre festival, an event that took social media marketing to a new level and may represent a microcosm of the broader issues at play and the start of a cultural shift. He offers a new way forward, Web 3, founded on the principles of privacy, individuality, and data security.

Lessons from the Fyre Working Through Disaster

Netflix’ Fyre was the most watched documentary in the company’s history with over 20M views in the first 30 days. Just as the world enjoyed watching Fyre rise through FOMO and influencer posts, it equally enjoyed the schadenfreude of seeing it all burn down. But why did a tiny festival on a remote island capture the attention of a generation and what does it have to teach other start-ups and corporations?

Fyre management hired Marc Weinstein in the eleventh hour as an operational consultant to try to help turn the ship around. He experienced first hand all of the problems that led two its ultimate failure. In this invigorating talk, Marc discusses what went wrong, how it could have been made right, and why it matters to all founders and executives now more than ever.  With stories like Fyre, Theranos and Cambridge Analytica on the rise, all start-ups and corporations should take note. When does a “solutions, not problems” mentality go too far? And how can we be sure that we’re not marching towards the next disaster when we say claim to “never quit” and when we “won’t take no for an answer?”

Lessons from the Fyre

The Voice of Reason From Fyre (the Netflix Doc about Fyre Festival), Marc Weinstein Talks About How To Learn from Failure

One of the benefits of everything going up in smoke? You learn how to avoid making that kind of...