What will the world look like in 2050? With a warmer globe, who will win, and who will lose? 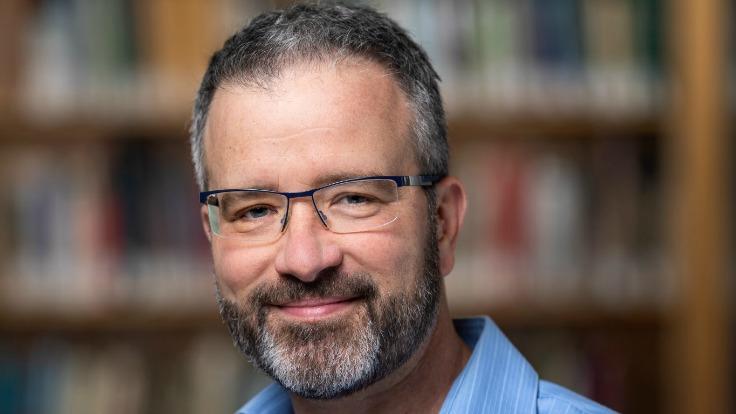 How will the combination of a booming global population, global warming, and rising sea levels transform the world? To Dr. Laurence C. Smith, one of the world’s leading climate scientists and author of the award-winning book The World in 2050, the North is set for major gains. In sweeping talks covering demographics, climate science, and economics, Smith outlines the changes our world will face in both the distant and immediate future.

“Smith’s planetary palm-reading would be impressive enough, but he also managed to pull it off with literary gusto. He combines a wide-angle-lens analysis reminiscent of Jared Diamond with a knack for narrative, including tales of numerous visits to the Arctic.”

Dr. Laurence C. Smith’s work envisions the future of a warmed planet; drawing especially from the groundbreaking research he and his team conducted on the melting ice sheet in Greenland. It was the first of its kind, and work that can “help scientists figure out how rapidly sea levels will rise in the 21st century, and thus how people in coastal areas from New York to Bangladesh could plan for the change” (The New York Times). Smith’s debut book, The World in 2050: Four Forces Shaping Civilizations Northern Future, is a work of enormous scope, cross-cutting themes of population demographics, globalization, natural resource demand, and climate change. It’s science fiction—without the fiction. It won the Walter P. Kistler Book Award, was a Nature Editor’s Pick, and has been translated into 14 languages.

His forthcoming book, Rivers of Power: How a Natural Force Raised Kingdoms, Destroyed Civilizations, and Shapes Our World, exploring the connection between civilization and rivers, is set for release in spring 2020. Laurence shares how we can trace back cultural and economic ties between nations, and the migrations and histories of their people, back to the topographic divide, rivers, and river valleys that carve out the world. How will environmental issues like flooding and sea level rise affect the way we inhabit an increasingly uninhabitable planet—and what opportunities for innovative collaboration and problem-solving will they present? Offering both a rich historical overview and future-forward approach, Rivers of Power will also showcase bold new solutions like riverfront renewal projects, river diversion projects, and using rivers themselves as renewable energy.

Smith is currently the John Atwater and Diana Nelson Chair of Environmental Studies at Brown University, in the Department of Earth, Environmental and Planetary Sciences (DEEPS) and Institute at Brown for Environment & Society (IBES). Previously, he was Professor of Geography at UCLA, where he held a joint appointment in the Department of Earth, Planetary, and Space Science. He has published over 100 peer-reviewed articles in leading journals including Science, Nature, and PNAS, and has won more than $9M in research funding from the National Science Foundation and NASA. A Guggenheim Fellow, Smith has assisted the National Academy of Sciences with a major report on abrupt climate changes; NASA with a new satellite mission to monitor global water resources; and the World Economic Forum with issues of Arctic development. His research has received coverage in outlets like The New York Times, The Wall Street Journal, The New Yorker, The Economist, and many more.

“It was quite a delight to have Laurence visit UNBC and be part of our Polar Week activities. His public presentation was excellent and at the level we were hoping for such an event. We particularly enjoyed the significant amount of Canadian (and even British Columbian) content that Laurence presented, this engaged the audience even further on the topic of change in the Arctic including northern Canada. It also had the social dimensions of change that many appreciated. Further to this, the visuals were stunning, particularly those images of Greenland. So it was quite an honour to have Laurence do this presentation and we wish to thank him sincerely for his visit to campus and the wonderful presentation he delivered.”

“I just wanted to send you a quick message and thank you for the cooperation. It was a pleasure to have Laurence here, he made an excellent contribution to our opening conference and it was a pleasure to work with you in advance. Please find enclosed a pdf of the front page article from the leading financial daily here in Norway. Needless to say, we are very happy with that. The conference received excellent coverage and Laurence’s speech was very well received by the audience.”

“I'm deeply appreciative of all of the care you [Laurence Smith] gave to the many different dimensions of your time with us—the attention offered to guests at the dinner, the wonderful lecture, the generosity and openness with which you met students on Thursday morning. Some things that really stand out to me in reflecting on how you were present with everyone: your warmth and openness and the thoughtful regard you gave to every question and perspective that came forward were outstanding; the breadth of your interests and unique ability to value the many contributions of different disciplines, researchers, and approaches underscored a twenty-first century approach to deeper understanding and problem solving; your patience with each person who approached you and your willingness to give so much of your time and energy made a strong impression on many who met you.”

In this all-encompassing talk, Laurence Smith presents a vivid and timely projection of what the world might look like in ten years’ time. Here, Smith identifies key global pressures and trends, like urbanization, population aging, energy tech, water supply, immigration, and the rising economies of China, India and the developing world. He goes on to describe the emergence of a new geographic region, which he coins the “Northern Rim”—eight northern countries and their surrounding seas set to experience profound transformation over the next ten years, making the Northern Rim a place of rising human activity and global strategic value relative to today. A fascinating, cross-disciplinary talk, Smith gives audiences a glimpse into the future, and describes the world that we can leave for the generations to come—if we choose to.

This is not a talk just about climate change: it’s about the adventure and beauty of the spectacular Greenland ice sheet. In this thrilling keynote, Laurence C. Smith describes the rare breed of scientists who work on the sheet, and the story of three planes that went down there during the second World War (which his friend Dr. Alberto Behar helped to find again in 2012 after being frozen under the ice for 70 years; also the subject of the bestselling book Frozen in Time). Smith interweaves this compelling story with his research on the meltwater rivers flowing on the ice sheet and the physical and economic changes that are going on in Greenland today to describe why this extraordinary landscape matters to us all.

Canada in 2022 The True North Strong and Warm?

This keynote contains valuable information for any Canadian firm eager for a forecast of the country’s future migration, natural resource shifts, and political implications of this new era. The image of a remote, sparsely populated, Canadian North might not be around for much longer. In this talk, Laurence C. Smith outlines how Canada will look by 2022. While some of the world may be worse off by 2022, Canada and a group of northern countries Smith calls the “Northern Rim” will actually benefit from a warming planet. Smith expects Canada will experience an uptick in settlement of barren lands, and heightened northern strategic values from newly thawed trade routes. Canada’s role as steward of the largest wilderness on the planet—with abundant water and other natural resources—will also come under pressure as demand for these resources increases with a swelling world population.

Greenland Is Melting Away

Laurier was wrong. It's the 21st century that's ours

Will We Decamp for the Northern Rim?

In this Lavin Weekly, Laurence C. Smith explains where the water goes when Greenland melts; Shlomo...

The release of a major new report by the White House has the scientific and political community...

Environment speaker Laurence C. Smith is the co-author of an important new study on climate...

Is the Arctic the next emerging market? That's the question environment speaker and Arctic expert...

What if one day your entire neighborhood, nay, your entire city suddenly became inhospitable? The...

Call To Action: Laurence C. Smith On The Economics Of Climate Change

The arctic is one of the last untapped frontiers on our planet. As environment speaker Laurence C....

With the passing of another Earth Day, Smithsonian Magazine took a moment to reflect on the most...

"The new north, as I call it, is transforming very rapidly—for better and for worse," says...

The Arctic is set to become "much more accessible than ever imagined," environment speaker Laurence...

According to environment speaker Laurence C. Smith, our changing climate is poised to redefine the...

"None of us can predict the future," Laurence C. Smith says in an interview on NPR's Talk of the...

In a new article in Discover, Laurence C. Smith,  author of The World in 2050: Four Forces Shaping...

Laurence C. Smith, renowned climate scientist and popular environment speaker, is among a group of...

If Dr. Laurence C. Smith happened to peruse through Scientic American this week, he would have read...

Scientist Laurence C. Smith is a bit of a celebrity in Norway—at least he's treated like one when we...

“Everyone wants to predict the future, but Laurence Smith actually does.” -Los Angeles Times UCLA...