Cyberspace—it’s another domain we need to protect, just like our land, sea, and air. 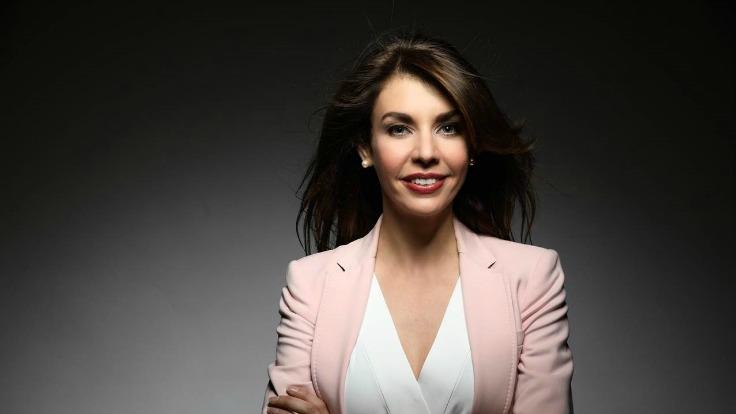 How Governments Can Effectively Respond to Cyberattacks (3:18)

Solving the Psychological Piece of the Cybersecurity Puzzle (2:08)

Cyber spying. Russian hacking. DNC leaks, fake news, and manipulation. To Laura Galante, cybersecurity—and cyber literacy—are indispensable tools for any government or corporation. From The New York Times and CNN to the TED main stage, Galante makes sense of a subject notorious for spin—and links the need for digital literacy to a defense of both corporate security and democracy itself.

Laura Galante analyzes how the modern state uses cyberspace, or information space, to further its interests. She describes a domain where militaries, intelligence services, criminal groups, and individuals interact and jockey for power—with far fewer restraints than in the physical world. To assist governments, corporations, and private citizens in recognizing and responding to the myriad of cyber threats coming from every direction, she founded her own organization: Galante Strategies. There, she directed analysis for the 2019 Ukrainian Election Task Force, developing a security framework for the Ukrainian government and serving as an expert witness for cyber warfare claims.

Galante previously served as Director of Global Intelligence at FireEye (formerly Mandiant), where her teams investigated network activity, profiled advanced threats, and communicated the political, military, and financial implications of cyber operations. Her teams exposed Russian and Chinese military operations and authored numerous public intelligence reports, including APT28: A Window into Russia’s State Cyber Espionage; Red Line Drawn: China Recalculates its Use of Cyber Espionage; and Hacking the Street? FIN4 Likely Playing the Market. Prior to her work at FireEye, she led a team analyzing state cyber capabilities contracted at the U.S. Defense Intelligence Agency.

Galante has testified at the UN Security Council, and regularly comments in global and industry media. She is both a leading voice and trusted authority for organizations seeking plain-spoken, lucid explanations on cyber security, including CNN, Bloomberg, NPR, BBC, Fox News, The New York Times, The Financial Times, and The Wall Street Journal. Galante also speaks frequently about the future of state conflict and security, including in her brilliant talk given on the TED mainstage. She holds a J.D. from the Catholic University of America and a B.A. in Foreign Affairs and Italian from the University of Virginia.

Stories about hacking, fake news, leaked emails, and rigged elections—linked to reports of Russian-sponsored interference—have made alarming, bewildering headlines. But one thing’s for certain—they’re not going away. In the age of social media, information warfare is set to have major consequences for industry, geopolitics, and democracy itself.

To Laura Galante, this is the world we live in—whether we’re ready to accept it or not. And for CEOs of Fortune 500s, as well as leaders in the public sphere, she’s here to remind us that it’s not a matter of if, but when your organization needs to respond. In this talk, this cyberspace expert helps us understand the evolving history of how states have navigated (and manipulated) the digital sphere. How did Chinese military hackers steal a decade’s worth of R&D from global corporations? How did a frequently dismissed state—North Korea—cause the first major US response to a cyber attack? How did hackers with Wall Street-fluency breach media and healthcare companies so they could play the market?  How were pro-Assad hackers able to lure Syrian rebel forces to give up battle plans and supply routes at a critical time in the Syrian war? And how did Russia go from elusive boogey man to actively influencing domestic political dialogues?

Beyond outlining historical junctures, Galante also speaks larger ideas around the new digital zeitgeist: how information can be weaponized, and public opinion can be swayed with a carefully planted idea. She stresses the need for a greater cyber-fluency: how it’s up to us, and not rarified tech experts, to gain a working knowledge of the field. And she reminds us it’s not just systems, but minds that are under attack. In the age of information, critical thinking has never been more crucial—and with Galante, we can renew our commitment to honoring, and questioning, the truth.

Cybersecurity expert: Russian strategy of 'reflexive control' exploited our brains in the 2016 election

Why we must question the truth: Laura Galante speaks at TED2017

Here's What We Know About Russian Hackers

Russia: Ridiculous to say it's behind US hack

China’s Cyber Spying on the U.S. Has Drastically Changed

In an interconnected world, digital literacy and cybersecurity are so much more than the domain of...

Investigations into Facebook’s mishandling of users’ data—which The New York Times reports as...

“Our realities are increasingly based on the information that we’re consuming in the palm of our...

New Lavin Speaker Laura Galante: Defending Cyberspace As We Would Our Land, Sea, and Air

To Laura Galante, cyber security—and cyber literacy—are indispensable tools for any government or...