Racist ideologies are a destructive force on our collective health and well-being. 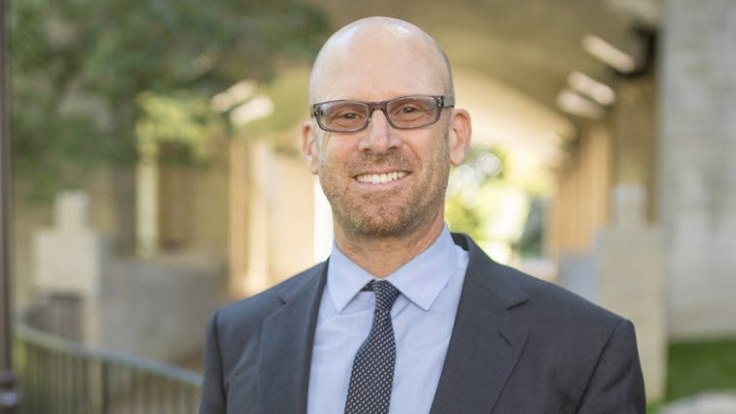 Can racial resentment have an impact on public health? In his explosive book Dying of Whiteness, psychiatrist, sociologist, and award-winning author Jonathan Metzl revealed how right-wing policies, rooted in white supremacy, have had destructive, often fatal consequences on our well-being. As the lopsided effects of the pandemic once again illuminate our inequities, he steers us toward a path of empathy, cooperation, and better health for all. Insightful and provocative, Metzl’s talks are a sorely needed intervention for a society confronting its biases and rebuilding anew.

“Dying of Whiteness unveils how the very policies marketed to white people as 'making America great again' end up harming the well-being of whites as a demographic group. This is must reading for anyone interested in understanding the current racial landscape of the United States.”

Jonathan Metzl is a professor, psychiatrist, and prominent expert on gun violence and mental illness. He is widely known for being the founder of structural competency: a clinical approach that considers relationships among race, class, and symptom expression in health. For too long, clinical care has remained focused on the individual—in contrast, structural competency aims to reduce health inequalities at the level of neighborhoods, institutions, and policies.  As a speaker, Metzl considers some of our most urgent issues—healthcare reform, education policy, guns, politics, American race relations, and diversity—and how we might approach them to create a kinder, more equitable society. Metzl’s most recent book, the critically acclaimed Dying of Whiteness: How the Politics of Racial Resentment is Killing America’s Heartland, paints a blistering portrait of how right-wing policy-making in the United States has made life sicker, harder, and shorter—especially for the populations it claims to help. Falling life expectancies, slashed healthcare spending, and rising gun violence are just a few of the tangible results emerging from these laws. But why do people so often vote against their own interests? And how can we build a movement towards justice and compassion rather than chasing false ideals of supremacy? Metzl explores these questions with his signature psychiatric insight, lucid prose, and empathetic story-telling.

Named one of the most anticipated books of the year by Esquire, The Boston Globe, and Publishers Weekly, Dying of Whiteness was also the recipient of the 2020 Robert F. Kennedy Book Award. “Jonathan Metzl chillingly shows how white identity permeates present-day policymaking outside of Washington,” writes The Washington Post. Meanwhile, The National Book Review calls the book “insightful and original,” while Kirkus Reviews dubs it a “provocative, instructive contribution to the literature of public health as well as of contemporary politics.” Metzl’s earlier books include The Protest Psychosis, a shocking chronicle of how associations between schizophrenia and Blackness emerged during the 1960s and 70s; Prozac on the Couch, a cultural history of treatments for depression, anxiety, and other mental illnesses through a look at the reception of three “wonder drugs”; and Against Health, which explores how our health is more than an individual pursuit, but a culturally configured and socially sustained practice.

Metzl is the Frederick B. Rentschler II professor of sociology and psychiatry at Vanderbilt University, and director of its Center for Medicine, Health, and Society. He is also the Research Director of The Safe Tennessee Project, a non-partisan, volunteer-based organization that is concerned with gun-related injuries and fatalities in America and in Tennessee. The winner of the 2020 APA Benjamin Rush Award for Scholarship, Vanderbilt Chancellor’s Award for Research, and a 2008 Guggenheim fellowship, Metzl has written extensively for medical, psychiatric, and popular publications about some of the most hot-button issues facing America and the world. Metzl has also appeared on MSNBC’s Morning Joe, C-SPAN, CNN, AM Joy, PBS’s Amanpour & Co, HBO’s Real Time with Bill Maher, as well as written opinion pieces for The New York Times, The Washington Post, VICE, Politico, and others.

The COVID-19 pandemic set into motion a series of events that will reshape society in lasting ways, from how we live, work, and learn, to the social issues we protest and aim to change, and the stories we consume. These changes will be shaped by innovations from fields including technology, medicine, architecture, humanities, politics, science, and economics. Ultimately, the post-COVID era will affect how we think about ourselves, our relationships with others, our sense of social and racial justice, and perhaps most importantly, our place in the world for years to come.
In this talk based on his own interactive class, professor Jonathan Metzl will explore the pandemic’s impact on our past, present, and future. By engaging in the narratives from politicians, artists, activists, doctors, scientists, educators, and many more, he paints an illuminating portrait of our current moment, as well as answers looming questions: How will we address diversity, equity, and inclusion? What is the future of our jobs and careers? What have we learned about battling misinformation? This is a must-listen presentation that covers everything from structural inequality to public health to our social and economic futures.
Politics & Society

In the era of Donald Trump, many lower- and middle-class white Americans were drawn to politicians who pledged to make their lives great again. But as physician Jonathan Metzl’s book Dying of Whiteness shows, the policies that resulted actually placed white Americans at ever-greater risk of illness and even death. Racial resentment fueled pro-gun laws in Missouri, caused resistance to the Affordable Care Act in Tennessee, and drove cuts to schools and social services in Kansas. The results of these policies? Increasing deaths by gun suicide, rising dropout rates, and falling life expectancies.
In this stunning presentation, based on the critically acclaimed book, Metzl reveals why racial hierarchies, or the struggle to preserve white supremacy, is leading our nation towards its demise. Thoughtful, poignant, and vital, this talk offers a smart and necessary plan for working collectively toward a society that would be healthier for everyone.
Politics & Society

Mental Illness, Mass Shootings, and the Politics of American Firearms

There is perhaps no one more qualified to speak on gun violence in America than Jonathan Metzl, a professor of sociology and psychiatry at Vanderbilt University, an award-winning author, and the director of Vanderbilt’s Center for Medicine, Health, and Society. In this talk, he breaks down four frequent assumptions that often arise in the aftermath of a mass shooting: 1) that mental illness causes gun violence, 2) that psychiatric diagnosis can predict gun crime, 3) that shootings represent the deranged acts of mentally ill loners, and 4) that gun control “won’t prevent” another shooting.
“No current psychiatric diagnosis manifests itself in core symptoms that include aggression toward others, and many mental illnesses in fact produce the opposite effect,” explains Metzl. Even when mental illness is a factor, these events almost always reflect larger cultural stereotypes and anxieties about race, class, and politics. Unfortunately, those issues become obscured when mass shootings come to stand in for all gun crime, and when “mentally ill” ceases to be a medical designation and becomes a sign of violent threat. In this thought-provoking presentation, Metzl uses scientific evidence and engaging story-telling to paint a nuanced picture of the increasingly lethal realities of American life—and how we can move forward.

How the Politics of Racial Resentment Is Killing America's Heartland

How Schizophrenia Became a Black Disease

Prozac on the Couch

Prescribing Gender in the Era of Wonder Drugs

How Health Became the New Morality

'Dying of whiteness': why racism is at the heart of America's gun inaction

What White Supremacy Is and Isn’t

White Men Keep Killing Themselves With Guns. The NRA Is Making It Worse.

Many Americans 'shooting themselves in the foot' to maintain racial hierarchy

The Chronicle of Higher Education

He Wrote About Racial Resentment in the White Working Class. Then White Nationalists Proved His Point.

Speak Out with Tim Wise

Dying of Whiteness: A Conversation with Scholar Jonathan Metzl

I’m a Psychiatrist. Making Gun Violence About Mental Health Is a Crazy Idea

When the Shooter is White

When shootings happen, gender has to be part of the conversation

We are only just beginning to understand the deep impacts of racial resentment—including its fatal...