Turning ideas into impact depends on one thing: can they be replicated at scale? 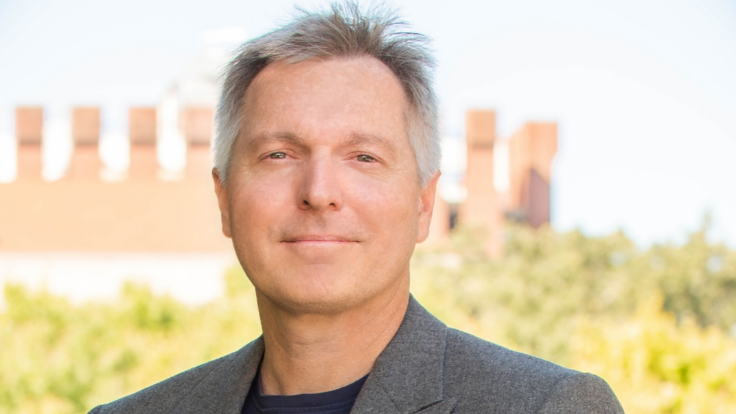 Uber and the Economics of Apologies (6:16)

Why do some great ideas make it big while others fail to take off? John List—a leading economist at The University of Chicago and Chief Economist at Lyft—demystifies one of today’s trickiest questions in his upcoming book The Voltage Effect. Whether you’re growing a small business, rolling out a diversity and inclusion program, or delivering billions of doses of a vaccine—to achieve success, you need to be able to replicate your ideas at scale, explains List. In his high-impact talks, he reveals the qualities of a scalable idea, and how to best engineer them to drive change in our workplaces, schools, and communities.

“Brilliant, practical, and grounded in the very latest research, this is by far the best book I've ever read on the how and why of scaling. If you care about changing the world, or just want to make better decisions in your own life, The Voltage Effect is for you.”

One of the most revolutionary minds working today, John List has forever transformed the field of economics. His unique ideas and experimental methods go beyond theory to understand how people behave in the real world. Hands-on and results-driven, List admits his “first inclination is not to gather data in the lab, but to go to the field.” To date, his fieldwork in behavioral economics has influenced how policy-makers address social issues, and led him to work with some of the world’s most innovative companies: Lyft, Uber, Facebook, Google, Tinder, and Walmart, to name a few. In his upcoming book The Voltage Effect: How To Make Good Ideas Great and Great Ideas Scale (Penguin Random House, 2022), List turns to the science of scaling to help us build better organizations, communities, and society at large. Scalable ideas—or ideas that have reached “high voltage”— share a common set of attributes, whether they’re in the realm of business, education, or public health, shares List. In The Voltage Effect, he reveals the vital signs an idea must possess to take off, as well as proven strategies for creating them. Cass R. Sunstein, the New York Times bestselling co-author of Nudge, writes: “John List is a scientist, but he’s also a magician, and he’s changing the world. The Voltage Effect shows how. This is one of the best economics books I have ever read—and an instant classic in behavioral economics.”

In his previous book, the international bestseller The Why Axis, List and his co-author Uri Gneezy show us how economics can be both passionate and people-focused. By running large-scale field experiments “in the wild”—our factories, schools, communities, and workplaces—List and Gneezy offer revalatory insights on topics such as how to close the wealth gap between students, how to reduce violence in inner-city schools, and how to confront bias and discrimination in day-to-day life. The book has been compared to the fun and engaging style of Freakonomics, with co-author Steven D. Levitt, calling the pair “[T]rue trailblazers in one of the greatest innovations in economics of the last fifty years.”

List is the Kenneth C. Griffin Distinguished Service Professor in Economics at the University of Chicago. His experimental research considers incentive schemes, behavioral economics, early childhood education and intervention, and most recently, the gender earning gap in the gig economy. In addition to his books, List has written over 200 peer-reviewed journal articles. His work has been featured in The New York Times, The Economist, Harvard Business Review, Fortune, NPR, Slate, NBC, Bloomberg, and The Washington Post. List has served on the Council of Economic Advisers and is the recipient of numerous awards and honors including the Kenneth Galbraith Award. He is a current Editor of the Journal of Political Economy.

“Scale” is probably a term you’ve heard before—a buzzword amongst Silicon Valley entrepreneurs and tech start-up circles. But at its core, “to scale” simply means to achieve a desired outcome when you move from a small group—of customers, students, or citizens—to a much larger one. And it’s not just for start-ups. Scaling ideas underpins all social and technological progress, since, as List says, “the innovations that change the world are those that reach the largest number of people.”
In his upcoming book The Voltage Effect, List reveals why some ideas take off (or scale) and why others fall flat using a mix of original research and real-world anecdotes from working with companies like Uber, Lyft, and Tinder. His ideas are brought to life in this engaging presentation with actionable, science-backed take-aways for leaders, teams, and organizations looking to take their ideas to the next level.

How to Make Good Ideas Great and Great Ideas Scale

Hidden Motives And The Undercovered Economics Of Everyday Life

The University of Chicago

The man who taught Uber how to say sorry

When Not Paying Attention Pays Off

Should We Invest More In Pre-Schools Or Parents?