Only through independent reporting are you able to really aggressively pursue the truth. 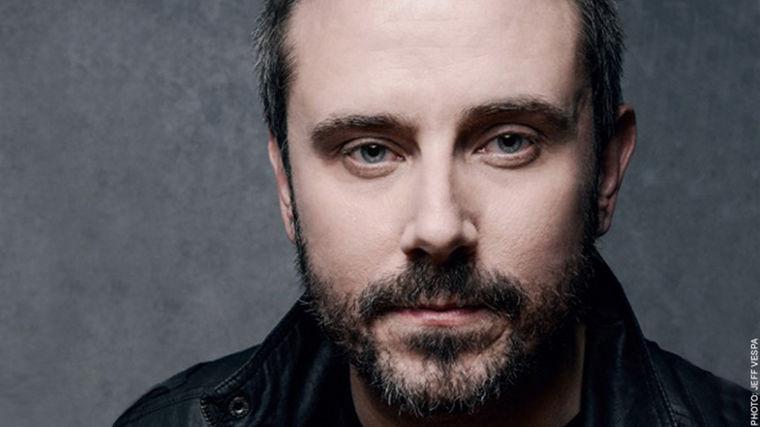 How Do You Surrender to a Drone?

What Is the Most Important Foreign Policy Story of Our Time?

Jeremy Scahill confronts America’s War on Terror—a campaign of assassinations, drone strikes, surveillance, and covert ops—with rare insight. In talks, he draws from his nearly two decades of investigative reporting to illuminate the biased media coverage and hidden agendas of US foreign policy. In so doing, he offers an ethical appeal for greater transparency and accountability in both election coverage and international journalism.

An investigative reporter and war correspondent, Jeremy Scahill is one of the three founding editors of The Intercept. His latest book, featuring a foreword by Edward Snowden and written with the staff of The Intercept, is The Assassination Complex: Inside the Government’s Secret Drone Warfare Program. He is also the international bestselling author of Blackwater and Dirty Wars: The World Is a Battlefield. The film adaptation of Dirty Wars, which he wrote, produced, and narrates, was nominated for an Academy Award for Best Documentary Feature. Teju Cole calls the book “[A] courageous and exhaustive examination of the way a number of clandestine campaigns—full of crimes, cover-ups, and assassinations—became the United States’ main strategy for combating terrorism.”

“[A] fantastic piece of investigative reporting.”

Scahill has reported from Afghanistan, Iraq, Somalia, Yemen, Nigeria, the former Yugoslavia, and elsewhere. He has served as the national security correspondent for The Nation and Democracy Now!. His work has sparked several congressional investigations and has twice won the George Polk Book Award, one of journalism’s highest honors.

This talk reveals a number of key components of US foreign policy. It shows how thousands of secret soldiers, drawn from Blackwater Worldwide, the Navy and CIA, Delta Force, and other special operations are deployed to carry out America’s kill/capture raids across hundreds of countries. It describes how, from Afghanistan to Iraq, Yemen to Somalia to Syria, the American government has sentenced individuals to death without arrest, trial or appeal. It explains how this practice endures (and will endure) regardless of Republican or Democratic presidencies, and how it has been deliberately concealed from public debate by both Obama and Bush. And it asks hard questions: how do these strikes and raids contribute to, rather than abate, the instability and growing extremism in afflicted nations? Are we comfortable with an American president with the unchecked power to arrest and kill both American and non-American citizens designated as ‘threats’ in foreign countries? And what does this mean for us as voters, as engaged citizens of a democracy? This is a must-hear talk on what’s really going on in the White House, the Pentagon, and in the unlucky theaters of war across the world.
Cybersecurity

Telling the Truth in an Era of Surveillance and Control

In this talk, Jeremy Scahill sketches the current state of news media in the United States, and offers valuable advice for anyone concerned with security and privacy in our increasingly interconnected world. According to Scahill, today’s corporate media is fixated on domestic politics and the ‘reality show’ antics of the election cycle. Cable news is in a meltdown: with an ever-shrinking monopoly of who controls the airwaves—and with ad revenue and traffic driving what makes the news—foreign policy has been largely erased from television. There’s very little comment on war crimes, casualties, and other effects of the US military industry. Meanwhile, alternative journalists have become the targets of NSA and CIA surveillance programs, with Google, Facebook, and Twitter joining the war to become undeclared intelligence agencies gathering information on dissenters.

However, there are alternatives. Scahill outlines how independent and nonprofit media groups, including The Intercept, have found ways to disrupt the corporate and state agenda. These organizations can decide what to publish without reliance upon ad revenue. They can take positions that have a genuine impact on legislation and public debates. And their journalists can turn to confidential sources as information is leaked—even as they have to think more like spies than members of the fifth estate. For anyone in journalism, media broadcasting, or public policy, this is an essential, clear-eyed talk on surveillance and truth-telling in the news.

The World Is a Battlefield

The Rise of the World’s Most Powerful Mercenary Army

The CIA’s Secret Sites in Somalia

Jeremy Scahill—author, investigative reporter, and a founding editor of The Intercept—is a prominent...