When illness strikes, we can discover a resiliency and strength inside us we didn’t know we had. 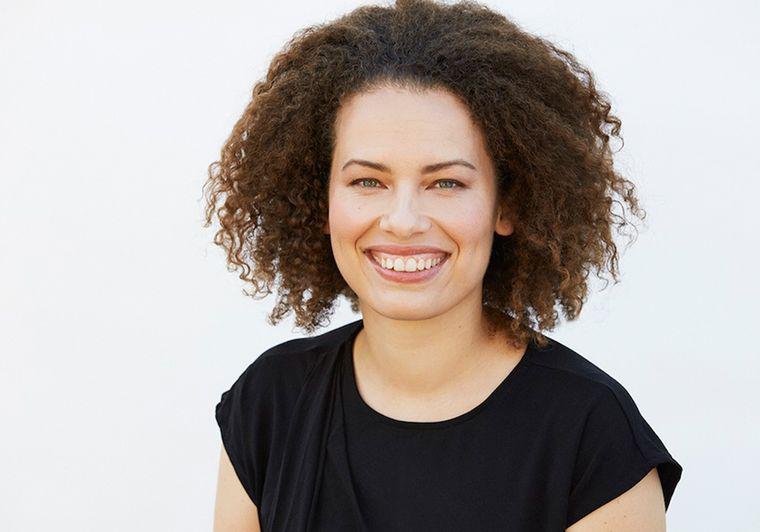 Five years ago, Jennifer Brea suddenly fell ill with a disease doctors couldn’t diagnose. Without treatment, she became bedridden—and unable to move. But that’s when she chose to fight back. By documenting her struggle in the film Unrest, and by battling persistent gender biases in medical care, Brea offers community and inspiration for anyone facing adversity.

Jennifer Brea is director of the award-winning documentary Unrest, an outspoken health equality and disability rights activist, and a TED Speaker. She’s also a beacon of hope for those suffering from invisible disease—in her case, Myalgic Encephalomyelitis (ME), or chronic fatigue syndrome—and for anyone living strong in the face of hardship. Her TED Talk—viewed over a million times, and translated into more than 25 languages—was the highest-rated presentation at the 2016 TED Summit (and the first TED Talk on ME, ever).

Myalgic Encephalomyelitis afflicts 1 to 2.5 million Americans (and disproportionally affects women). But due to historical stigma, lack of research and education, patients are routinely misdiagnosed—or are told their symptoms are simply imagined. Through her documentary, her talks, and her activism, Brea hopes to transform the perception of this much-misunderstood malady. As co-founder of #MEAction—an international network of patients empowering each other to work for health equality—she fights for greater awareness of our autoimmune disease epidemic, of gender bias in medicine, and of the harmful stigmas around invisible disabilities.

Premiering in the documentary competition at the Sundance Film Festival, where it won a Special Jury Prize for editing, Unrest has screened at festivals such as SxSW, HotDocs, CPH:Dox, River Run (winning the Audience Award for Best Documentary Feature), and the Nashville Film Festival (winning the Grand Jury Award for Best Documentary Feature). It’s been called “stirring” (Indiewire), “affecting” (Hollywood Reporter), “a high-grade example of the form” (Variety), and “a revelation and a call to action” (Salt Lake City Tribune). It opened in New York in the fall, and will be broadcast on PBS’ Independent Lens in winter 2018.

After graduating from Princeton University with an AB in Politics, Brea was a freelance journalist in China and East and Southern Africa, as well as a TED Fellow. She was pursuing her PhD in Government at Harvard—studying political economy and statistics—when she first got sick. She splits her time between California and New Jersey.

Overcoming a Misunderstood Illness A Story of Hope, Resilience, and Modern Medicine

In this talk, Jennifer Brea offers poignant insight into the experience of living with a debilitating (and mostly misunderstood) illness—and spotlights the grit, resilience, and bravery exhibited by the patients fighting for better treatment and higher visibility.

At 28, Jennifer Brea was a PhD student at Harvard, in good health, engaged to be married. Then, without warning, everything changed. After weeks of fever, dizziness and infections, and terrifying neurological symptoms—the inability to draw, speak, or move—she found herself bedridden, and in excruciating pain. Doctors were unable to discover a biological cause—and her symptoms were attributed first to conversion disorder, and then to a distant emotional trauma.

Thus began Brea’s campaign of discovery—outlined, here, in an emotionally gripping keynote. Eventually diagnosed with Myalgic Encephalomyelitis, Brea found her community, but also a gaping hole in modern medicine. ME is cloaked in ignorance and rarely studied. It’s also steeped in pernicious beliefs about women’s bodies—a history of attributing psychological causes to physical symptoms (in fact, conversion disorder was once called ‘hysteria’). Since then, Brea has worked to change our culture and institutions by raising awareness for ME, lobbying government for better research, and banishing discrimination around women’s health. She is also an example of courage and strength in the face of what could be “a perfect custom prison.” Tracing the battlegrounds of the human body to the many human faces of a devastating disease, Brea inspires audiences to ask questions, find purpose, and, even in the darkest moments, believe in hope.

In this talk, Jennifer Brea explores the power of technology to generate meaningful virtual communities. At a time when fake news, cyberbullying, and the relentless social media comparison trap have some claiming that the internet is broken, Brea draws from her experience with the ME patient community to illustrate the internet’s more positive — and even life-saving — potential. How has social media been used to engage and mobilize disease groups, connecting individuals otherwise unable to leave their homes? And how did Brea, wrestling with a debilitating illness, use technology to collaborate with artists around the world and direct a sweeping, global film from her bed? With humor and optimism, Brea breaks down our fear of a digital dystopia and reminds us of the internet's potential as a generative space capable of forming profound connections.

Disbelieved by doctors and determined to live, she turns her camera on herself and her community, a hidden world of millions confined to their homes and bedrooms by ME.

The story and stigma of a baffling illness: Jen Brea speaks at TEDSummit

Jennifer Brea was told that her symptoms were caused by something all in her head. She’s fighting back.

Illuminating an illness without end: Fellows Friday with Jennifer Brea