Mysterious, beautiful, exciting—the cosmos offers us insight into the very nature of reality itself. 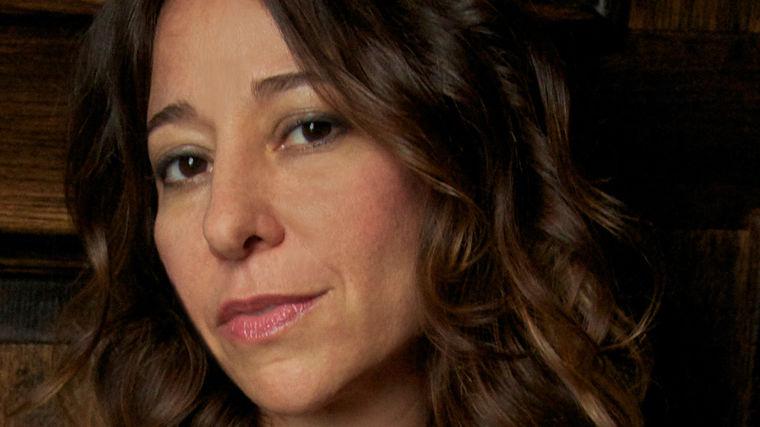 The Discovery of Gravitational Waves

Understanding Time, the Universe, and Everything

TED: What Sound Does the Universe Make?

Living on a Mobius Strip

Janna Levin is changing the way we understand the cosmos. She brings originality, lucidity, and even poetry, to one of humanity’s oldest sciences. In her new book Black Hole Survival Guide, she takes readers on a thrilling and evocative tour through space, showing us the remarkable influence of black holes along the way. On stage, Levin expands on her mind-bending, yet concrete, ideas: from black holes, to creativity, to the union of art and science, she shows audiences just how far science has come—and where it’s headed.

“Vivid . . . Readers couldn’t hope for a more fascinating intro to a family of cosmic objects whose existence promises still more wonders to be discovered.”

Janna Levin is a gifted author, cosmologist, and Guggenheim Fellow whose latest book, Black Hole Survival Guide, offers a glimpse into “one of the oddest and most intriguing topics in astrophysics”(Kirkus Reviews). Accompanied by original artwork from painter and photographer Lia Halloran, the book is at once authoritative and accessible—allowing scientists and non-scientists alike to better understand the wonder of the cosmos. Levin writes with a striking, intelligent prose about everything from relativity and quantum mechanics, to the solar system and the Milky Way. Her earlier book Black Hole Blues and Other Songs from Outer Space, which was named one of Kirkus’ best non-fiction books of 2016, provided a fascinating history of the Nobel-Prize winning pursuit to detect gravitational waves: the holy grail of modern cosmology, otherwise known as the soundtrack of the universe. “If what we witnessed before was a silent movie, Levin says, “gravitational waves turn our universe into a talkie.” Intelligent, illuminating, and wildly entertaining, Levin’s talks are a brilliant introduction to cosmic phenomena that shapes our universe.

Her debut book, How the Universe Got Its Spots, fused geometry, topology, chaos and string theory to show how the pattern of hot and cold spots left over from the big bang may one day help reveal the true size and shape of the universe. Her next book, A Madman Dreams of Turing Machines, bridged fiction and nonfiction to tell a strange story of coded secrets, psychotic delusions, mathematical truth, and age-old lies. Most recently she hosted Black Hole Apocalypse, for a special episode of PBS’s Nova—the first female presenter of a Nova show in 35 years.

Levin is a Professor of Physics and Astronomy at Barnard College of Columbia University. Her scientific research concerns the early universe, chaos and black holes. Her book A Madman Dreams of Turing Machines won the PEN/Bingham Fellowship for Writers which “honors an exceptionally talented fiction writer whose debut work ... represents distinguished literary achievement.” It was also a runner-up for the PEN/Hemingway award for “a distinguished book of first fiction.”

“This is a beautifully written account of the quest to open the ‘gravitational-wave window’ onto our universe, and use it to explore our universe’s warped side...I applaud Janna Levin for capturing so well our vision, our struggles, and the ethos and spirit of our torturous route toward success.”

Levin has worked at the Center for Particle Astrophysics (CfPA) at UC Berkeley, the Department of Applied Mathematics and Theoretical Physics (DAMTP) at Cambridge University and the Ruskin School of Fine Art and Drawing at Oxford University, where she won an award from the National Endowment for Science, Technology, and Arts. Levin holds a BA in Physics and Astronomy from Barnard College with a concentration in Philosophy, and a PhD from MIT in Physics. She was named a Guggenheim Fellow in 2012.

Black Hole Blues and Other Songs from Outer Space

In her new book Black Hole Blues and Other Songs from Outer Space, Levin offers the authoritative story of the headline-making discovery of gravitational waves—the soundtrack to astronomy’s silent movie. But why was this scientific campaign so significant? And what does it mean for the sciences—and humanity—in general?

Over a billion years ago, two black holes collided. In the final second of their life together, they banged out a rhythm like mallets on a drum, creating gravitational waves—waves in the shape of spacetime. Over the billion years since, we evolved and pointed telescopes at the sky, discovered a universe in which we are not central, squabbled and warred, and have nearly driven ourselves to extinction. One hundred years ago, Einstein predicted the existence of gravitational waves. Over the past five decades, a few experimentalists, disconnected from mainstream concerns, struggled to devise observatories to do the improbable, if not outright impossible: record Lilliputian waves in the shape of space. As the echo of those black holes approached just beyond our solar system, billion-dollar instruments known collectively as LIGO underwent an upgrade here on Earth. As the instruments came online—a sophisticated global microphone pointed at the sky—the first gravitational wave sound ever recorded came from the southern sky, struck the instrument in Louisiana, then Washington. And with these new observatories, so much has changed. “If what we witnessed before was a silent movie, Levin says, “gravitational waves turn our universe into a talkie.”

In this absorbing keynote, Levin explains the significance, beauty, and human story at the center of this fifty-year endeavor—bringing originality and lucidity to one of the discoveries of our age.

The Mysteries of the Cosmos

In this talk, Janna Levin illuminates the mysteries of the universe, taking audiences on a witty, intriguing, and epic tour through new discoveries in modern cosmology. From some of humankind’s basic questions—What else is out there? How did the universe begin?—to this decade’s big scientific breakthroughs to a preview of what’s next, Levin, a cosmologist and Guggenheim Fellow, makes clear sense of a fascinating but often befuddling topic. How has our understanding of the cosmos changed from when we first set out to look at the stars? What does this new knowledge mean for us? With storytelling panache, Levin (who is also a novelist!) takes us to literally the highest reaches of science, but grounds her talk in a relatable tale about humanity and discovery.

Insurmountable limits can beget exhilarating outbursts of creativity. There is a fundamental limit in the speed of light. Constrained by this limit, Einstein discovered the relativity of space/time and launched the discovery of black holes and the big bang. There is a fundamental limit to Mathematics—there are facts even among numbers that we will never know are true or false. Constrained by this limit, the brilliant code breaker Alan Turing invented the computer and dreamed of artificial intelligence. There is a fundamental limit to certainty in any measurement. Constrained by this limit, Heisenberg, Bohr, Einstein and others discovered quantum mechanics and posed a challenge to conventional ideas of reality. Limits can be worthy adversaries that bring out our best, most inventive, most agile natures. Surrendering to constraints can inspire great gestures of creativity and moments of discovery that change us forever.

A New Experiment in the Third Culture

For more than half a century, there has been a chasm between the arts and the sciences—creating a gulf that has hindered the growth of both sides. Janna Levin’s work as an award-winning author of literary fiction, a Fellow at the Ruskin School of Fine Art and Drawing in Oxford, and a professor of Physics and Astronomy at Barnard College, Columbia University exemplifies a growing movement deemed “The Third Culture.” In this talk, Levin discusses the crossover between the arts and the sciences, sharing stunning examples—such as a Brooklyn collective of artists, designers, roboticists, engineers, and biologists—of a new intellectual culture being born.

And Other Songs from Outer Space

A Madman Dreams of Turning Machines

How the Universe Got Its Spots

Diary of a Finite Time in a Finite Space

How to catch a ripple in spacetime

Janna Levin’s Theory of Doing Everything

How the hunt for black holes causes a rift in physics

What Can Black Holes Tell Us About Humanity? Janna Levin’s NOVA Episode Investigates

1. What Does the Cosmos Say? Janna Levin’s Black Hole Blues Profiled in The NYT Yesterday’s New...

On Thursday, March 31, we spoke with cosmologist, author, and TED Speaker Janna Levin as part of...

Hot on the heels of the astounding discovery of gravitational waves comes Janna Levin’s newest book...

The Music of the Cosmos: Janna Levin and Songs from Outer Space

After decades of searching, scientists have finally detected gravitational waves from black holes—a...

One of the best parts of working at The Lavin Agency is watching inspirational keynote speeches by...

Not only is science speaker Janna Levin a well-known theoretical astrophysicist who studies the...

Every day, social change speaker Jessica Jackley wakes up and asks herself, "now what?" As the...

Janna Levin: Are There Some Theories We Will Never Understand?

In a talk Janna Levin gave for TVO's Big Ideas Series (embedded above), the science speaker says an...

We all know that we are supposed to suspend our disbelief when we watch movies and television shows....

Janna Levin: Scientists And Philosophers Can Learn From Each Other [VIDEO]

Science and philosophy may seem like two completely different worlds—one working in abstract...

When you think of the study of cosmology, generally notions of high-tech telescopes and complex lab...

This month, Janna Levin—the theoretical cosmologist who spoke at TED about the sounds of the...