Technology can serve a broader population if more people—and more women—learn how to code. 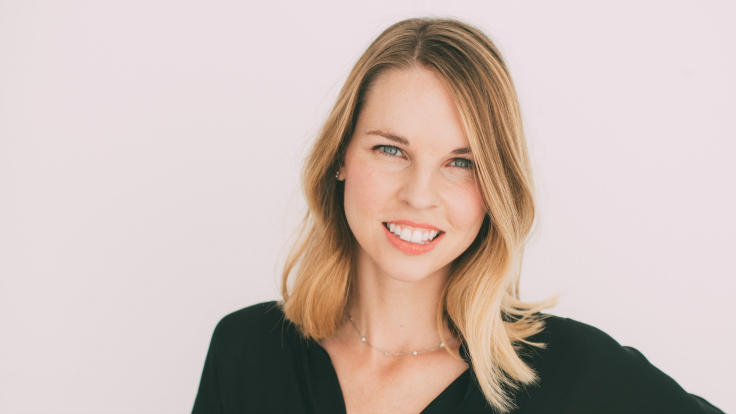 Designing a School from Scratch

Why should we care about how technology really works? Why aren’t more women and youth learning how to code? Heather Payne is asking—and answering—these key questions. She’s the founder of Ladies Learning Code (now Canada Learning Code), a national not-for-profit organization that runs popular workshops for all Canadians, but especially focussed on empowering underrepresented demographics in the tech world like newcomers, Indigenous youth and people with disabilities. Named one of Canada’s 100 Most Powerful Women by the Women’s Executive Network, Payne is revolutionizing our approach to technology, education, and entrepreneurship.

“If software is created only by a small portion of the population—typically white dudes in their 20s—how is it going to be reflective of society’s needs, and an entire population’s needs?” says Heather Payne. It’s a powerful question that inspired Payne, a business school grad, to encourage thousands of women and girls to learn how to code. To a growing legion of fans, students, and media attention, Heather Payne is transforming the world of tech, startups, and nonprofits.

Within the last decade, Payne has quickly expanded Ladies Learning Code from its Toronto headquarters to 11 cities, rebranded it as Canada Learning Code; and she also started Girls Learning Code and Kids Learning Code. Her successful venture, the for-profit HackerYou, offered courses taught by industry-leading professionals. It was so successful, in fact, that it’s blossomed into Juno College for Technology, which offers not only cutting-edge courses and customized learning paths, but which is also first school in Canada to offer Income Share Agreements, meaning they literally invest in each student, instead of the other way around.

Payne is also the founding director of Toronto’s Mozilla-backed youth digital literacy initiative. Payne has spoken at many conferences, including 99U in New York, meshmarketing, and EdInnovation, and has been featured on CBC’s The National and in The Globe and Mail.  A graduate of the Richard Ivey School of Business at Western University, she was also recently named one of Canada’s 100 Most Powerful Women by the Women’s Executive Network.

“Heather was absolutely amazing! The content of her presentation was terrific and everyone commented on how great a speaker she was and how much they learned. We are very pleased with the event, and would certainly recommend Heather as a speaker.”

Higher education as we know it in the Western world is 1,000 years old.  Many of its practices originated in a civilization that was fundamentally different so many years ago and have not been substantially re-thought since.  But the demands of the current marketplace for employers and employees have changed so much even in the last decade that it is time to re-imagine how schools teach, how students learn, and how employees are prepared for the workplace.  In this talk, Heather Payne, the founder of a successful new form of higher education, shares her vision for a new contract between institutions of higher learning and their students.

How Heather Payne is helping get more women into high tech

An Interview with Heather Payne

Giving the tech industry a makeover will draw more women

Heather Payne at 99U: The Importance of Creative Side Projects [VIDEO]

At the recent 99U conference, Heather Payne, who is the founder of Ladies Learning Code and Hacker...

Heather Payne Named One of the Country's 100 Most Powerful Women

Digital and social media speaker Heather Payne has been named one of Canada’s 100 Most Powerful...

Why We All Need to Know How to Make Tech: New Speaker Heather Payne

New speaker Heather Payne is asking some essential questions about our relationship with technology....