Psychology isn’t just for pathologizing—we can all use it to live happier, healthier lives.

One of the World's Top Public Intellectuals | Author of Rationality: What It Is, Why It Seems Scarce, Why It Matters | Harvard Professor 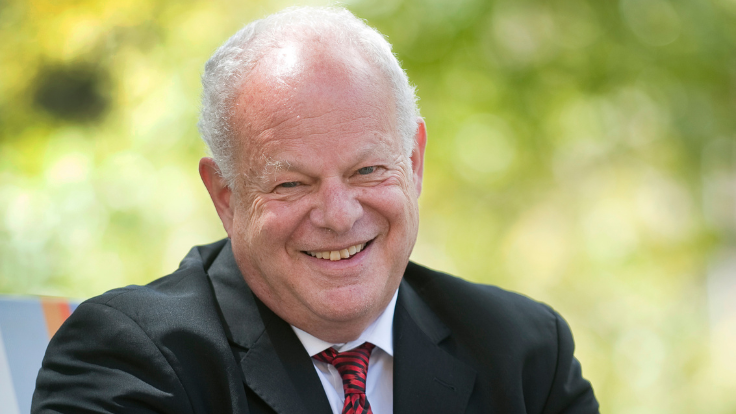 No one wants a life that’s just good—we want to flourish in our careers and feel deeply satisfied with our accomplishments. Psychology has the power to make happy people even happier, says Father of Positive Psychology Dr. Martin E.P. Seligman. Named by Academic Influence as the single most influential psychologist alive today, Martin draws on more than forty years of clinical research to show us how optimism enhances our quality of life, and how anyone can learn to practice it. He's the Director of the Penn Positive Psychology, a bestselling author, a former President of the American Psychological Association, and the leading expert in the field of positive psychology. The Sunday Times calls Martin’s work “admirable and exciting… teaching us how to be wiser, stronger, more generous to others, more self-disciplined, and more capable of dealing with difficulty and rejection.”

Among his better-known works are The Hope Circuit (Public Affairs, 2018), Flourish (Free Press, 2011), Authentic Happiness (Free Press, 2002), Learned Optimism (Knopf, 1991), What You Can Change & What You Can't (Knopf, 1993), The Optimistic Child (Houghton Mifflin, 1995), Helplessness (Freeman, 1975, 1993) and Abnormal Psychology (Norton, 1982, 1988, 1995, with David Rosenhan). His newest book Tomorrowmind: Thriving at Work—Now and in an Uncertain Future, co-authored with Gabriella Kellerman, is forthcoming in 2023. The book provides essential plans and actionable advice for facing the uncertain future of work. With in-depth and clear-eyed evidence, it offers key skills on everything from resilience and innovation to social connection and foresight.

His work has been featured on the front page of the New York Times, Time, Newsweek, U.S. News and World Report, Reader's Digest, Redbook, Parents, Fortune, Family Circle, USA Today, and many other popular magazines. He has been a spokesman for the science and practice of psychology on numerous television and radio shows. He has written columns on such far-flung topics as education, violence, happiness, and therapy. He has lectured around the world to educators, industry, parents, and mental health professionals.

Martin Seligman founded the field of positive psychology in 2000 and has devoted his career since then to furthering the study of positive emotion, positive character traits, and positive institutions. It's a fascinating field of study that had few empirical, scientific measures—traditional clinical psychology focuses more on the repair of unhappy states than the propagation and nurturing of happy ones. In his pioneering work, Seligman directs the Positive Psychology Center at the University of Pennsylvania, developing clinical tools and training the next generation of positive psychologists.

His earlier work focused on perhaps the opposite state: learned helplessness, in which a person feels he or she is powerless to change a situation that is, in fact, changeable. Seligman is an often-cited authority in this field as well -- in fact, his is the 13th most likely name to pop up in a general psych textbook. He was the leading consultant on a Consumer Reports study on long-term psychotherapy and has developed several common pre-employment tests, including the Seligman Attributional Style Questionnaire (SASQ).

Coming out of the Covid-19 Pandemic, we’re all looking to go from simply surviving, to thriving. In this talk, Father of Positive Psychology Dr. Martin E.P. Seligman takes us through personal, organizational, and planetary well-being, teaches us how to get out of learned depression and into learned optimism,  and gives us the tools to develop our own happiness and agency in these unprecedented times.
Entrepreneurship

In a talk specifically designed for entrepreneurs, the Father of Positive Psychology Dr. Martin E.P. Seligman will take you through the history of agency, barriers to your company’s progress, the importance of optimism and positive psychology, how to tap into imagination and creativity, utilizing positive psychotherapy, and what to expect from post-Covid innovation in psychology.
Corporate Culture

In this engaging and practical talk, Dr. Martin E.P. Seligman draws on more than twenty years of clinical research to give your business real, actionable tools for a healthier corporation. He’ll teach you the difference between building well-being vs reducing stress, explain well-being as a corporate, individual, and national goal, and give you steps to achieve optimal performance with an emphasis on corporate well-being.

Thriving at Work—Now and in an Uncertain Future

How to Change Your Mind and Your Life

A Visionary New Understanding of Happiness and Well-being

A Psychologist's Journey from Helplessness to Optimism