Strong economies need lots of ideas. We need to get out of their way. 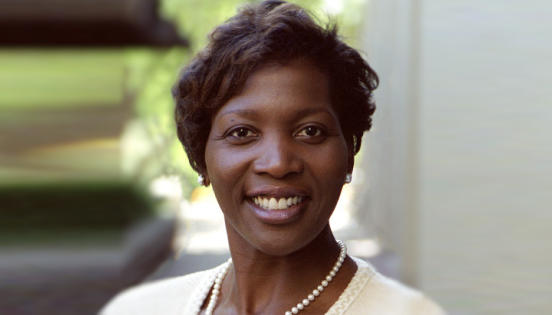 Conflict is the Enemy of Innovation (3:46)

A robust and healthy economy needs innovation. Lots of it. And from an abundance of different minds. Celebrated Michigan State University economist Dr. Lisa D. Cook has studied all the different ways that the innovation economy—schools, companies and organizations specializing in STEM—has created policies, procedures, and systems which undermine innovation initiatives and cost the US economy a staggering $1 trillion per year. How do we get more ideas out of the economy? Dr. Cook says you start by asking a different set of questions.

With the sheer volume of data available to everyone, in all industries, it’s more important than ever to be looking at the right data, and asking the right questions, says Dr. Cook, whose singular research contextualized economic conditions using indicators no one had ever thought to look at before—patents, property rights, conflict. In illuminating talks she examines the economics of innovation, revealing surprising and costly obstacles to productivity, efficiency, development, and excecution, and mapping the path to a richer, better America for everyone.

Dr. Lisa D. Cook is a Professor in the Department of Economics and at James Madison College at Michigan State University. As a Marshall Scholar, she received a second B.A. from Oxford University in Philosophy, Politics, and Economics, as well as a Ph.D. in economics from the University of California, Berkeley. She’s advised at four of the twelve Federal Reserve Banks in the country, and served as senior adviser in the U.S. Treasury Department and a senior economist on the Council of Economic Advisers during the Obama administration. She is currently Director of the American Economic Association Summer Training Program.

Innovation is crucial to economic growth—so why do we keep standing in its way? And how can we stop? Dr. Lisa D. Cook draws from historical data, personal experience, and her own fascinating research to help audiences understand what she calls the economics of innovation: who invents and why; what promotes innovation and what kills it; how inequality harms every stage of the innovation process. The answers to these questions will have a profound effect not just on our economy, but on our world.

As a senior economist on President Barack Obama’s Council of Economic Advisors, Dr. Lisa D. Cook worked on policies relating to the eurozone, innovation, and entrepreneurship, and has held an advisory role in four of the twelve Federal Reserve Banks in the United States. She’s written about export platforms for Ghana and Tunisia, intellectual property protection in Brazil, and her thesis looked at how the absence of property rights in czarist and post-Soviet Russia led to an underdeveloped banking system. Now, her talks range from the changing role of central banks under COVID-19 and future fiscal responses, to debt management outlook, major political implications of the election, stress tests, money laundering, digital currenies, and more. The experience, expertise, and singular perspective she brings to tailored talks on the subject of global macroeconomics is unparalleled.

The Cost of Racism

Using US commercial patents as a measure of economic activity, Cook’s seminal research explored the way segregation, lynching and race riots from 1870 to 1940 drastically reduced the number of patents filed by black innovators, who previously had been filing at the same pace as white innovators. “Conflict can have lasting and persistent effects on economic activity,” says Cook, which can be observed today in the discriminatory policies, both obvious and latent, woven throughout economics, STEM, and other innovation industries. This keynote is rife with lessons, especially potent today, about how we can begin to correct the historic inequalities that impoverish us today, and prevent today’s conflicts from impoverishing us tomorrow.

While the targets of discrimination undeniably suffer the most, denying women and people of color the same opportunities as everyone else diminishes the finances of millions of Americans. In other words companies, laboratories, colleges and universities are leaving colossal sums of money on the table by not maximizing talent and living standards for all Americans. In this keynote, Cook draws upon hidden histories, lived experience, and the staggering facts of her profoundly original research to create a roadmap towards equal opportunity, equal representation, and a richer, better America for everyone.