The winners of the market are those who can capture attention in an age of distraction. 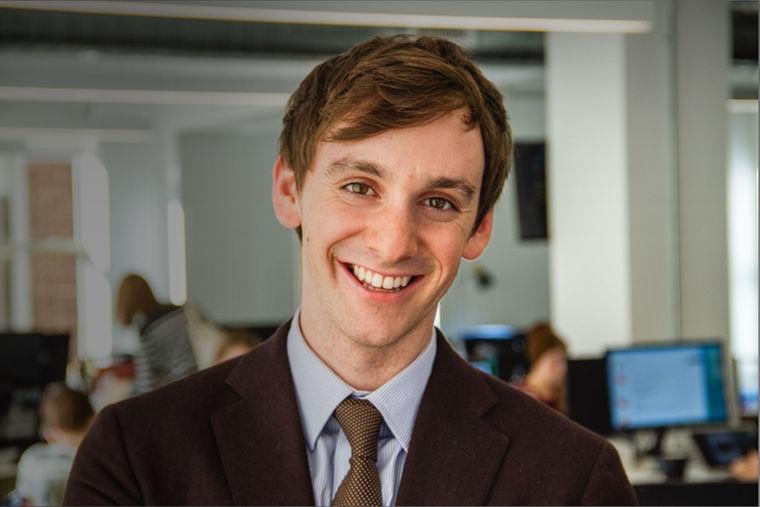 The Four-Letter Code to Selling Anything

What Will We Do in a Future World Without Work?

How is technology changing the future? What are the economic forces shaping the cultural market? And how does the media manipulate our most valuable resource—our attention—in the twenty-first century? These are the questions that Derek Thompson, staff writer at The Atlantic, author of national bestseller Hitmakers, and host of the podcast Plain English, explores in his captivating, award-winning work. Coupling his dry wit and journalistic insight, Thompson interprets the invisible factors that capture attention, impact consumer spending, and influence business.

Thompson is a staff writer at The Atlantic, where he writes about issues ranging from the consumer habits of millennials to the economics of entertainment. His landmark cover story “A World Without Work,” offered a wide-ranging exploration of the future of artificial intelligence and employment, and how Americans might cope with a jobless future. Thompson has a unique way of clarifying the biggest technological, economic, political, and cultural trends of the moment, and interpreting what they might mean for our futures. For example, his story “America Is Running on Fumes” weaves a surprising connection between a lack of cutting-edge exploration in science, 40 years of technological stagnation, and the decline of originality in Hollywood blockbusters—today mostly comprised of sequels and superhero movies. Original and prescient, his writing has earned him a Best in Business Award for Columns and Commentary from the Society of American Business Editors and Writers. Thompson is just as engaging on his podcast Plain English, where he cogently breaks down the weekly headlines in an attempt to cut through the noise, and his newsletter Work in Progress: an exploration of the world’s biggest mysteries, especially as they pertain to the future of work and human progress in science, technology, happiness, and beyond. “My job is to notice when I’m curious, and to notice when I’m confused, and to turn those noticings into words, and to hope that people enjoy reading the crystallization of a quietly shared curiosity,” Thompson explains.

In his debut book Hit Makers: The Science of Popularity in an Age of Distraction, Thompson shows us why blockbuster success isn’t a matter of chance, but a fascinating intersection of power, network, science, art, and sheer brilliance—making some ideas disappear, and others explode. In an age of distraction, human attention is our most valuable currency; and in this groundbreaking study, Thompson reveals the ways songwriters, advertisers, filmmakers, speech writers, and more have all realized this modern secret of enormous popularity. His keynotes on the subject offer practical ways to rethink what you know about fame, success, and longevity. Since its release, Hit Makers has been hailed by critics as a “wonderful book … [filled with] solid research, ready wit, and catchy aphorisms” (USA Today) and “a fun, thought-provoking take on the strange turns of cultural fortune” (Publishers Weekly). To bestselling author Adam Alter, it’s “a bible for anyone who’s ever tried to promote practically anything, from products, people, and ideas, to books, songs, films, and TV shows.”

Thompson hosts The Atlantic’s podcast Crazy/Genius, which was nominated for an  iHeartMedia Best Podcast in its first year, and is a weekly contributor to “Here and Now,” the national afternoon news show on NPR. He is a regular guest on CBS, the BBC, and MSNBC, has appeared on Inc and Forbes’ “30 Under 30” round-up, as well as Time magazine’s 140 Best Twitter Feeds.

“Derek was great! Reviews on his presentation were outstanding and he was a pleasure to work with.”

Hit Makers The Science of Popularity in an Age of Distraction

Why do things become popular? Why do certain songs, apps, games, films, and cultural figures rise to blockbuster-levels of prominence, while others wither in obscurity? If you think the answer’s simple, think again—and start listening. In this absorbing keynote—based on his instant national bestseller Hit Makers—Derek Thompson reveals, for the first time, the complex blend of psychology, marketing, and economics that makes major hits take off. Customizable to your industry—any industry—Thompson shatters myths about quality and taste, reveals crucial insights into networks and audience, and traces popularity from our deepest human needs to the savviest of today’s media manipulators. With great energy and a fine sense of humor, Thompson will offer ideas you can use now to not only make great, lasting products, but products people hear about. Attention is our most valuable commodity—so don’t pass up Thompson’s indispensable take on what we like, why we like it, and how culture actually happens.

In his prescient, national bestselling book Hit Makers, Derek Thomson predicted that the future of politics would be entertainment. Ever since Donald Trump became president, politics has become more and more like reality TV. With politician-obsessed media and media-obsessed politicians, the political realm seems to take after Hollywood and the world of entertainment. With the same clear-eyed insight that defined Hit Makers, Derek can show us how we got ourselves into this situation, and how we can still get ourselves out—back to a political system where our representatives forefront our best interests.

Is There an App for That? Consumer Habits of the Millennial Generation

What’s the deal with people under 35? This age group, known as the Millennial generation, is taking longer than ever to finish school, get out of debt, and start their careers. And, because of that, sales of houses and cars have declined. Enter Derek Thompson, Millennial expert. Thompson explores the consumer habits of this generation, shedding light on what kinds of ads they pay attention to, what manner of media they consume, and the sort of messages they accept and reject. His keynote reveals the behaviors that drive this demographic, including: the decline of the suburb and the rise of urban centers; the “sharing economy” of apartment rentals and car sharing; Gen Y’s dependence on their new status symbol, the smartphone; new ways of communicating such as Twitter and SnapChat; and how our global economy has made essentials such as food and clothes more affordable than ever before. What should corporations and retailers be doing to target this slippery demographic? Thompson’s keynotes present audiences with the facts they need to get in front of the technology-driven, informed, and connected Millennials.

The Science of Popularity in an Age of Distraction

All Stories by Derek Thompson

America Is Running on Fumes

Disneyflix Is Coming. And Netflix Should Be Scared.

The 4 Reasons Why 2017 Is a Tipping Point for Retail

Google X and the Science of Radical Creativity

How Air-Conditioning Invented the Modern World

The magic of making hits

Why There's No Such Thing As 'Going Viral'

Everything You Thought You Knew About Going Viral Is a Lie

The Myth of the Millennial Entrepreneur

Trump vs. Clinton: A Battle Between Two Opposite Americas

Too Many Elite American Men Are Obsessed With Work and Wealth

Donald Trump and the Twilight of White America

The Science of Smart Hiring

A World Without Work

The Economy Is Still Terrible for Young People

Millennials: Not So Cheap, After All

“A pandemic is war,” writes Derek Thompson in his latest article for The Atlantic. And our response...

Though the case of WeWork—a company poised to go public before a sharp, unexpected decline in its...

In 2015, for the first time ever, Americans spent more money in restaurants than they did in...

The Internet is now the most popular way for couples to meet each other, claims a Stanford...

There’s a hidden history to every smash success—a web of economics, psychology, and desire that...

Why do some songs, apps, games, films, or celebs blow up, while others flop? To Atlantic senior...

In this morning’s Atlantic, senior editor Derek Thompson reveals a curious trend in the presidential...

Will you soon lose your job to a machine? Could new technology and disruptive innovation ultimately...

Why do new hit songs sound exactly like old hit songs? Is the music business allergic to artistic...

"People tune in to ESPN without even knowing what’s on.” That's what Artie Bulgrin, ESPN’s director...

Derek Thompson, a senior editor at The Atlantic, is an expert on the Millenial generation: the under...

TIME magazine called them the "ME ME ME Generation." Forbes said they are changing the world as we...