The most important driver of climate change is human action. We have our hands on those levers.

Prof. of Social Psychology & Organizational Behavior at Stanford | Director of the Polarization and Social Change Lab 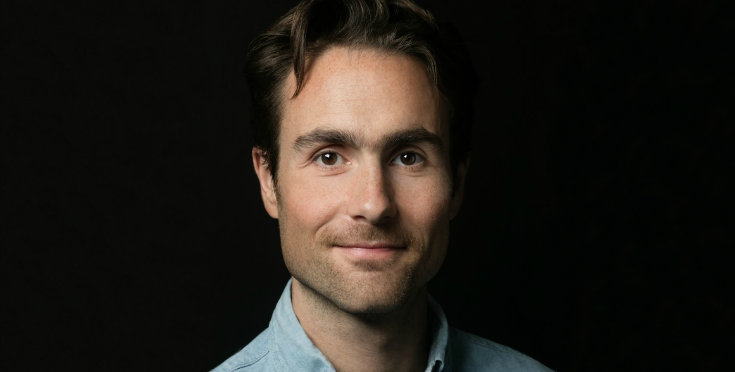 David Wallace-Wells on The Uninhabitable Earth: Life After Warming (58:12)

Three Things We Get Wrong About Climate Change (5:48)

Climate Change Is a Story of Mythological Proportion (2:38)

How Will Climate Change Affect Capitalism? (2:01)

The future is being transformed by climate change faster and more dramatically than we realized. Politics, tech, business—even our sense of history, human rights, and justice—will all be changed by this massive force. But how? To what degree? In his critically-hailed instant New York Times bestseller, The Uninhabitable Earth, David Wallace-Wells tells the epic story of our time. In urgent talks, he asks key questions—how will the map of global power shift as coastlines are redrawn?—and reminds us that everything is within our control, so long as we resist complacency.

“Potent and evocative … Wallace-Wells has resolved to offer something other than the standard narrative of climate change … He avoids the ‘eerily banal language of climatology’ in favor of lush, rolling prose.”

With an original take on environmetal keynotes, climate change speaker Wallace-Wells moves beyond “what must be done” to investigate “what will the world actually look like.” Neither a scientist or an environmental activist per se, Wallace-Wells is a celebrated journalist who has spent his life living in cities, adding a much-needed focus on storytelling, as well as a look at geopolitical and economic consequences. The Uninhabitable Earth was named to the New York Times 100 Notable Books of 2019, GQ's Best Books of 2019, the New Yorker's Favorite Books of 2019, and was chosen as one of TIME's 100 Must-Read Books of 2019. And on top of that, Wallace-Wells will be serving as a consulting producer on the just-announced HBO Max anthology series of the same name, inspired by his book. Oscar- and Emmy-winning writer Adam MacKay (The Big Short, Ant-Man) is set to helm the project.

How will humans live together on a degraded planet? Will carbon become a central topic of the 21st century the way human rights were to the 20th? How will the dynamics between nations shift as a result of divergent climate impacts? For college audiences, Wallace-Wells also examines how public sentiment and political action are changing much faster than anyone might have predicted. For the corporate sphere, he reminds us that no sector will remain untouched—but change will vary. This, he says, is the moment to truly engage with what climate change really means; a time for human action after decades of inaction.

Wallace-Wells is the Deputy Editor at New York magazine, where he writes a column on climate change, and where his viral cover story “The Uninhabitable Earth” was met with widespread acclaim, paving the way for his book. Formerly the Deputy Editor of The Paris Review, and a National Fellow at the New America Foundation, he is the co-host of the podcast 2038 , which interrogates predictions about the next two decades.

Surviving the World Making the Best of a Burdened Planet

The impending climate crisis isn’t impending—it’s already here. There’s no going back, and all we can do is damage control to try to slow the rising temperatures: it’s a depressing thought, but true. How can we deal with a problem that possesses the speed, scope and severity of a disaster straight out of Greek mythology or Genesis? What can the generation who inherited this damaged planet do to keep it alive? Navigating the future and mitigating the consequences of the actions of irresponsible ancestors will be a challenge—but it’s something we can all face together.

In this talk, David Wallace-Wells draws on the findings in his book, The Uninhabitable Earth, and explores the near-future we face in the wake of the climate crisis. Even though there will be difficult times ahead, there is still time to mitigate the effects of years of abusing our planet and, most importantly—there is still hope for a livable future for all. This is our story: everything we do now, or want to do, is affected by it, from the jobs we can have, where we can live, what we can eat and the pop culture we consume. Wallace-Wells knows that we’re not just watching this story unfold, we’re all the protagonists. The future is ours to write: the past might have provided the paper, but we hold the pen.

The 3 Big Things That People Misunderstand About Climate Change

In ‘The Uninhabitable Earth,’ Apocalypse Is Now

The Uninhabitable Earth: A Story of the Future by David Wallace-Wells – review

Shoshana Zuboff, Jared Diamond, David Wallace-Wells, and Naomi Klein are undoubtedly some of the...

David Wallace-Wells on Climate Crisis, Practical Policies, and Holding onto Hope, with The Guardian

In an in-depth interview with The Guardian’s Ian Tucker, author and journalist David...

We absolutely love it when two Lavin speakers get together to share world-changing ideas, and that...

In 2019, the world can feel uncertain at best, and catastrophic at worst. As a result, TIME’s...

Bestselling Author and New Speaker David Wallace-Wells: Climate Change is the Biggest Story of Our Lives—How It Gets Told Matters.