The goal of being alive is to figure out what it means to be alive. 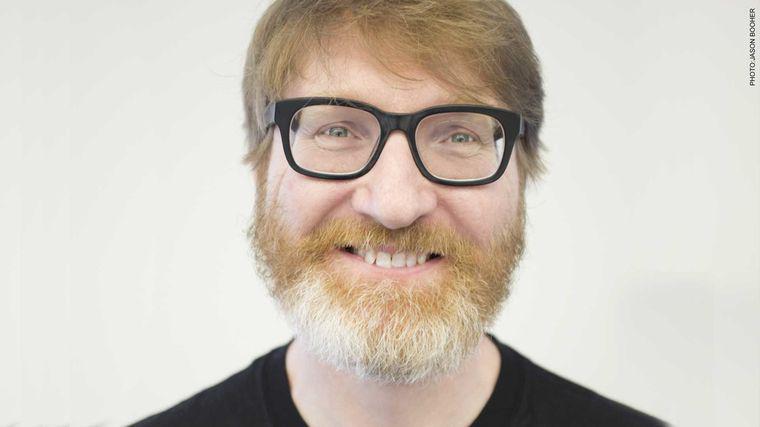 What If All Our ‘Facts’ Proved to Be False?

But What If We’re Wrong About … Everything?

Thinking About the Present As If it Were the Past

Pop culture, in all its distracting glitz, isn’t just entertainment. It is culture—American culture. And our most insightful guide is Chuck Klosterman. In his bestselling, culture-defining books, he’s pinned down modern America like no one else. And in fun, funny talks, he not only cuts to the bone of our media-saturated moment, but makes it the site of our shared, unlikely commonality.

“Writing about pop culture doesn’t get any better than this, or funnier.”

One of the most exciting cultural critics of our time, Chuck Klosterman is not a detached academic who deconstructs culture at arm’s-length with a deadening sterility. He’s a regular guy whose intellectual curiosity is insatiable, infectious, and surprisingly insightful—showing why “pop” is a conversation that anyone can join in on, and capturing what it feels like to navigate our weird, wired, pop-obsessed moment right now. He is the bestselling author of nine nonfiction books (most notably Sex, Drugs and Cocoa Puffs and I Wear the Black Hat) and three novels (including Downtown Owl and The Visible Man).

Klosterman’s most recent work The Nineties: A Book  is “a superb reassessment of an underappreciated decade from a stupendously gifted essayist” (Booklist starred review). In this instant New York Times bestseller—named one of Amazon’s 20 best History books of the year—Klosterman covers topics from pre-9/11 politics to the battle between Gen X and the Baby Boomers in his usual witty and accessible style. In a starred review, Kirkus says that “As in his previous books of cultural criticism, Klosterman delivers a multifaceted portrait that's both fun and insightful.”

Klosterman’s earlier book Raised in Captivity,  is a collection of surreal short stories “so true they had to be wrapped in fiction for our own protection.” The Washington Post calls it an “engagingly sardonic collection that will leave you, like one of Klosterman’s own bewildered characters, ‘relaxed and confused.’” Another collection, Chuck Klosterman X, compiles and contextualizes the best of his essays from the past decade, with pieces written on everything from Taylor Swift, Jonathan Franzen, and Charlie Brown, to Mountain Dew and steroids. His previous book—debuting in its first week on The New York Times bestsellers list—is But What If We’re Wrong?: Thinking About the Present As If It Were the Past. It’s both an earnest attempt to speculate on what, and how, our culture might transform over time, and a rational inoculation against the dangers of assumption. It dispels the “casual certitude” of our era by imagining what culture might look like 100, 300, or even 1,000 years from now.

“One of the brightest pieces of pop analysis to appear this century.”

— The Onion on Sex, Drugs, and Cocoa Puffs

Klosterman has written for The Washington Post, The New York Times, SPIN, Esquire, GQ, The Guardian, The Believer, Billboard, The AV Club, and ESPN. He served as The Ethicist for The New York Times Magazine for three years, where he dispensed uncommon wisdom on moral conundrums, and appeared as himself in the LCD Soundsystem documentary Shut Up and Play the Hits. He also created the web site Grantland with Bill Simmons.

But What If? Visualizing the Far Future (Once “Now” Becomes “Then”)

In this keynote, based on his new book But What If We’re Wrong?, Chuck Klosterman visualizes the contemporary world as it will appear to those who’ll perceive it as the distant past. Throughout, he asks questions that are profound in their simplicity: How certain are we about our understanding of gravity, or time? What will be the defining memory of rock music, 500 years from today? How seriously should we view the content of our dreams, or the content of TV? Are all sports destined for extinction? Is it possible that the greatest artist of our era is currently unknown (or—weirder still—widely known, but entirely disrespected)? Is it possible that we “overrate” democracy? And perhaps most disturbing: is it possible that we’ve reached the end of knowledge?

Kinetically slingshotting through a broad spectrum of objective and subjective problems, this talk builds on input from a variety of creative thinkers—George Saunders, David Byrne, Jonathan Lethem, Kathryn Schulz, Neil deGrasse Tyson, Brian Greene, Junot Díaz, Amanda Petrusich, Ryan Adams, Nick Bostrom, Dan Carlin, and Richard Linklater, among others—interwoven with the type of high-wire humor and nontraditional analysis only Klosterman would dare to attempt. It’s a seemingly impossible achievement: a keynote about the things we cannot know, explained as if we did. It’s about how we live now, once “now” has become “then.”

Life Through the Prism of Pop Culture

In his talks, Chuck Klosterman discusses how pop culture shapes a person’s identity. Why do so many of us define ourselves by the media we consume—the music we love, the movies we obsessively reference, the television we can't stop watching? With inspired leaps of logic and a sense for relatable minutiae, Klosterman shows us how pop culture becomes inextricably linked with our memories, how it helps us understand the world, and what this says about us, as individuals and as a society. Bright with provocation, hilarious non-sequiturs and good-natured debate, an evening with Klosterman will help you see our accelerating world, and the little connections that make it fascinating, in a newly appreciative light.

But What If We’re Wrong?

Thinking About the Present As If It Were the Past

I Wear the Black Hat

Grappling with Villains (Real and Imagined)

Killing Yourself to Live

All 131 Van Halen Songs, Ranked From Worst to Best

Chuck Klosterman Is Effectively Narcissistic, and You Should Read His Essays

Don’t Tell Me What Happens. I’m Recording It.

The only TV people watch to unwind still is sports

Chuck Klosterman Is Wrong! (He Says.)

'But What If We're Wrong:' A Look At How We Will Remember The Now, Later

Which Rock Star Will Historians of the Future Remember?

Will Violence Save Football?

When Chuck Klosterman first emerged into public consciousness, he was a cultural critic hailed for...

Klosterman’s 10th book takes us on a hilarious and intellectually thrilling tour of his favorite...

Speaker and cultural critic Chuck Klosterman’s latest book, But What If We’re Wrong?, is now...

Our constructions of villainy are convoluted, to say the very least. In I Wear The Black Hat, Chuck...

What defines a true villain? In the words of pop culture critic Chuck Klosterman, a villain is...

Chuck Klosterman's "latest exercise in pop-culture-infused philosophical acrobatics is an...

Chuck Klosterman drew a standing-room-only crowd to the first reading of his new book earlier this...

Chuck Klosterman's new book is due out this summer—and he recently tweeted a picture of the cover to...

While pop-culture satire is perhaps what Chuck Klosterman is most well-known for, he is certainly no...

"It's weird to be inside the news," Chuck Klosterman writes in Grantland. The title of his article,...

Chuck Klosterman, Philip Gourevitch, and Kurt Andersen are among the pop culture heavyweights...

Sometimes we can all use a little moral guidance. And that is exactly what Chuck Klosterman, author...

Chuck Klosterman is the New Ethicist at The New York Times

Lavin speaker and pop culture pontificator Chuck Klosterman has a new book out this fall, The...

A Meeting of Wits: Chuck Klosterman and Craig Finn, Live in Minnesota, April 15

Among the two of them, pop culture journalist Chuck Klosterman and singer Craig Finn have produced...

Every year, designer John Gall asks his first-year students to design a book cover for their...