Wharton Professor | Choiceology Podcast Host | Author of How to Change 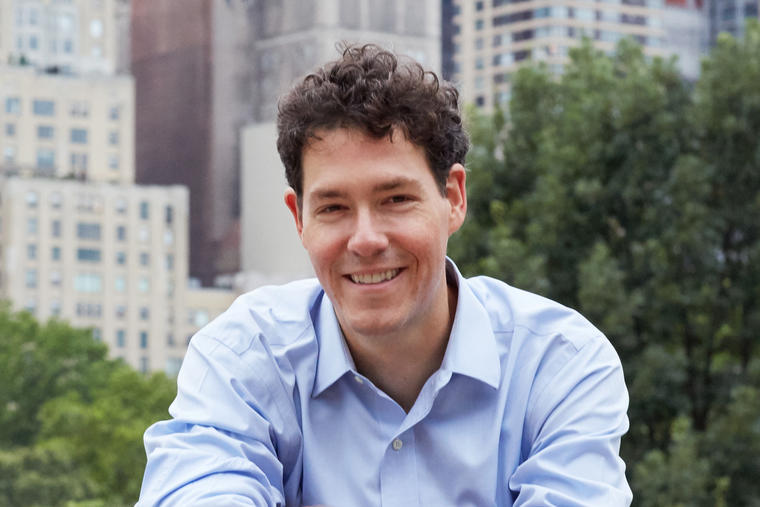 How Leaders Encourage Better Ideas from Everyone (4:56)

Complexity Was Once a Niche Problem. Now, It's Everyone's Problem (4:25)

Whether it’s driving initiatives, updating stale strategies, or opening new markets—for leaders, managing change is an essential part of their job. Yet change is also one of the most challenging aspects of their job. People resist obvious solutions, staying in their lanes and sticking to their guns. Others just don’t “get it.” Even when changes seem successful, they often don’t stick. That’s because change is an “impossible problem”—one where leaders don’t know the answer, don’t control the people, and don’t control the broader context, from marketplace forces to technology. As we emerge from the pandemic, businesses are also facing increasingly complex challenges that can be a struggle to navigate. But it doesn’t have to be like this, says National Business Book Award-winning author Chris Clearfield. Transformational change can be taught and practiced; it can even be fun. In his engaging and practical talks, Clearfield shows us how.

“As technology advances, it brings an explosion of complexity and interdependence that can threaten our most critical systems and organizations in unforeseen ways. Meltdown is essential reading for anyone who seeks to understand these dangers and what can be done to address them.”

— Martin Ford, Author of Rise of the Robots

In many cases, what’s at stake during a major change is more than just the success of a project—it’s the survival of a leader’s career and company. Leaders often resist change, causing them to make progress slower than they’d like. What could be a creative, collaborative effort turns into a painstaking, sluggish predicament. Enter Chris Clearfield, the National Business Book Award-winning author of Meltdown. With a sophisticated understanding of the complexity that modern leaders face, Clearfield advises leaders at some of the world’s most interesting companies on risk, strategy, and innovation—teaching them to solve their most impactful problems with curiosity, collaboration, and experimentation. Most recently, he has guided teams at a global oil company, a major online marketplace, and at Microsoft through their own transformational change journeys. Clearfield’s book Meltdown, co-authored with András Tilcsik, won the McKinsey Bracken Bower Prize and was named a Best Book of the Year by The Financial Times. Meltdown was also called “one of the stand-out business books of the decade” by the management organization Thinkers50, who awarded Clearfield and Tilscik their prestigious Strategy Award.

Clearfield began his career as a derivatives trader at Jane Street, a New York-based quantitative trading firm, where he managed the risks that arise when people try to use extremely fast computers to make money. During the 2007–2008 financial crisis, he watched from his trading desk as Lehman Brothers collapsed and stock markets around the world unraveled.Clearfield is a licensed commercial pilot with a very personal interest in avoiding catastrophic mistakes. He is a graduate of Harvard University, where he studied physics and biology. Before that, he spent two years at the North Carolina School of Science and Math, where he and two classmates, working with their physics teacher, discovered a long-searched-for pulsar in the remnants of an exploded star.

How to Get Sh*t Done Why Asking Questions, Celebrating Resistance, and Running Experiments Can Transform the Way You Lead

When leaders approach modern challenges with traditional tools, like top-down leadership or an overreliance on subject matter expertise, they often get frustrated. That’s because the “impossible problems” of today require a new approach to leadership; one where collaboration, influence, and consensus—rather than the exercise of power—is required. An approach where leaders experiment and admit that they don’t know instead of looking for certainty.

Rather than declaring a solution and trying to get buy-in, effective leaders solve impossible problems by demonstrating a strong commitment to understanding how others see the problems. Instead of telling people what to do, these leaders engage their teams and colleagues with curiosity and openness. And instead of advocating for one-size-fits-all solutions that simply need to be “rolled out,” they think in terms of experiments that will add up to create transformational change.

In this presentation, you’ll have the opportunity to join award-winning author, coach, and consultant Chris Clearfield as he guides your leaders to solve their most pressing problems. Audiences will leave with a common language to discuss their unique opportunities and challenges; actionable tools for better collaboration; a newfound ability to celebrate resistance; and finally, an effective model for inviting transformational change in their work.

Why Our Systems Fail and What We Can Do About It

We think, write, and speak about how to prevent catastrophic failures in business and in life.

A boutique research and consulting firm focusing on issues of risk and complexity.

As this year’s Bracken Bower Prize opens, previous finalists list the benefits of being shortlisted

Rethinking Security for the Internet of Things

What the Boeing 737 Tells Us About Complexity: Award-Winning Author Chris Clearfield for The Globe and Mail

Earlier this year, Boeing’s 737 Max aircraft was involved in two fatal crashes caused by a...

The George R. Terry Book Award is granted annually by the Academy of Management, honoring those who...

Is Your Company or Project Headed for a Meltdown? Take the Quiz! (And Read the Critically Acclaimed New Book)

Meltdown: How Our Systems Fail and What We Can Do About It—ANDRÁS TILCSIK and CHRIS CLEARFIELD’s...

“To be alive in the 21st century is to rely on countless complex systems that profoundly affect our...

Systems Are Complicated. That’s Why They Fail. Chris Clearfield’s Meltdown Exposes the Flaws of Complexity and How to Avoid Them

The Washington, D.C. Metro System; a state-of-the-art hospital; an elaborate meal: the most complex...