We need to address the deep historical context at the root of poverty, racism, and inequality.

Psychologist and Author of The Village Effect and The Sexual Paradox 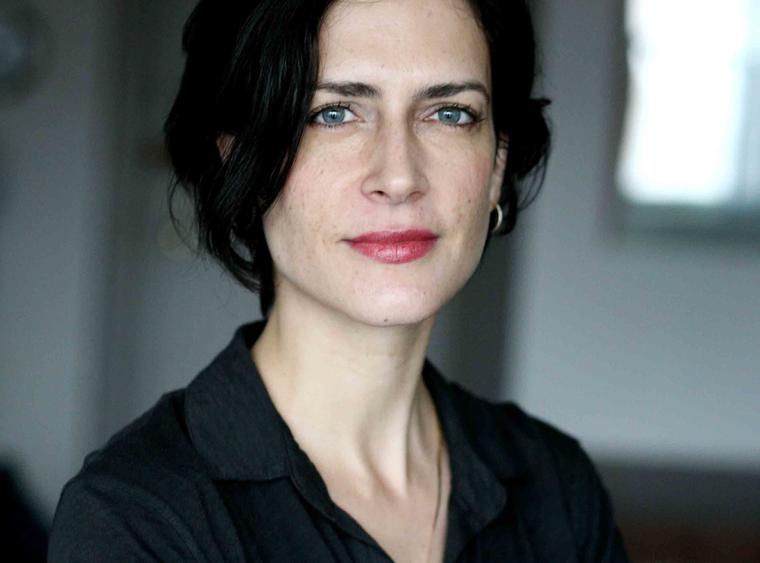 6 Things I Would Tell My Younger Self

Two-time Pulitzer Prize-winning author and investigative journalist Andrea Elliott has dedicated her career to unflinching, eye-opening reporting on the human cost of structural inequality. Her book Invisible Child—winner of a 2022 Pulitzer Prize, one of Barack Obama’s favorite books of 2021, and named one of the best books of the year by NPR, Amazon, and The New York Times—tells the riveting story of Dasani, a homeless New York schoolgirl, whose indomitable spirit is tested by poverty and racism in an unequal America. Elliott’s sweeping saga of struggle and resilience is “a remarkable achievement that speaks to the heart and conscience of a nation” (Publishers Weekly).

“A vivid and devastating story of American inequality.”

Andrea Elliot’s Pulitzer-Prize-winning book Invisible Child follows Dasani, a homeless New York schoolgirl, and her family. Matthew Desmond, Pulitzer Prize winner for Evicted, called it a “rare and powerful work whose stories will live inside you long after you’ve read them.” Andrea’s tenacious reporting reveals the devastation of racism and inequality, in a “searing account of poverty and addiction, and of the city and country’s repeated failures to address those issues” (The New York Times). But it’s also an intimate chronicle of Dasani’s hopes and triumphs, and of resilience in the midst of difficulty. In her Pulitzer Prize remarks, Andrea said her greatest hope “is that Invisible Child will open people’s eyes to how poverty, homelessness and structural racism play out, on the ground. And that to see into the life of this one, brave child — from her deepest burdens to her greatest hopes — is to see our nation in all its dimensions.” The book was named the best non-fiction book of 2021 by Amazon and “destined to become one of the classics of the genre” (Newsweek). It was one of The New York Times’  top five non-fiction books of the year.

Andrea is also a distinguished chronicler of Muslims in America and other people on the margins of power. Gaining unparalleled access to the nation’s Muslim communities, her stories have explored the travails of a young Egyptian imam in Brooklyn, the challenges of Muslims serving in the U.S. military, and the simmering conflicts between Muslim immigrants and African-American converts to Islam. Her stories broke new ground in the study of radicalization, illuminating why a subset of young western Muslims have taken the militant path. Elliott’s coverage of Islam in America earned her the Pulitzer Prize for feature writing, along with many other awards. Her cover story on suicide bombers in Morocco won an Overseas Press Club award. In their citation, the judges wrote that Elliott’s “account, beautifully written, provides an unparalleled look into the making of terrorists and is a reporting tour de force.”

Elliot is an investigative reporter for The New York Times and a former staff writer at The Miami Herald. She is the first woman to win individual Pulitzer Prizes in both Journalism and Arts & Letters. She has served as an Emerson Collective fellow at New America, a visiting journalist at the Russell Sage Foundation, and a visiting scholar at the Columbia Population Research Center. Elliott is the recipient of a George Polk award and a Whiting Foundation grant, and she also received Columbia University’s Medal for Excellence, given to one alumnus or alumna under the age of forty-five. She has appeared on media such as NPR’s Fresh Air and Talk of the Nation, CNN, and the BBC.

Pulitzer Prize-winning reporter Andrea Elliott does not shy away from critical issues. Based on ten years of investigative reporting, her new book Invisible Child offers a gripping look at inequality in America today. In it, she chronicles the life of Dasani Coates: an 11-year-old girl navigating the challenges of life on the streets of Brooklyn. Homelessness, poverty, racism, addiction, and the perils of shelter life clash sharply with the coffee shops and art galleries of a rapidly gentrifying neighborhood in this touching and unforgettable story. Told with unflinching honesty and deep compassion, Invisible Child ultimately offers a bracing look at how structural racism has affected the generations of a single family—and the hope, love, and resilience that has gotten them through.
In this presentation, Elliot reveals the process of investigating such an important story, what she’s learned along the way, and how we can apply these crucial lessons in our efforts towards building a more kind and equitable world.
Religion

One Decade, Many Lessons Islam in a post-9/11 America

More than a decade after 9/11, American Muslims are confronting a stark new reality: mounting opposition to the construction of mosques, congressional hearings into the radicalization of Muslim youth and rising hate crimes against Muslims. Americans hold a less favorable view of Islam today than even after the attacks. What happened?

To answer this question, Andrea Elliott transports her audiences into the little-known world of American Islam—a community in search of itself. As terrorism in the name of Islam endures, Muslims in America are engaged in an urgent quest to reclaim their faith. At the same time, they must reckon with widespread government surveillance and persistent media coverage, driven by a powerful, grass-roots movement that routinely characterizes Muslims as untrustworthy and dangerous.

Elliott mixes gripping, human anecdotes with careful analysis to paint a nuanced and unforgettable portrait of today's Muslim Americans and their opponents. Drawing on award-winning reporting, she illuminates the key themes of the last decade through the stories of young Muslims at a crossroads: alienated teenagers seeking refuge in their faith, women mobilizing for progressive reforms, religious leaders striving to balance the strictures of Islam with the pressures of contemporary American culture. Elliott’s lecture traces the evolution of America’s Muslims—who they are and how they identify politically, socially and religiously. In the process, she explains what their struggles in America tell us about the broader crisis within Islam and its future in the West.

The Man Behind the Anti-Shariah Movement

The Jihadist Next Door

Where Boys Grow Up to Be Jihadis