How can we merge the arts and sciences to better understand humanity? 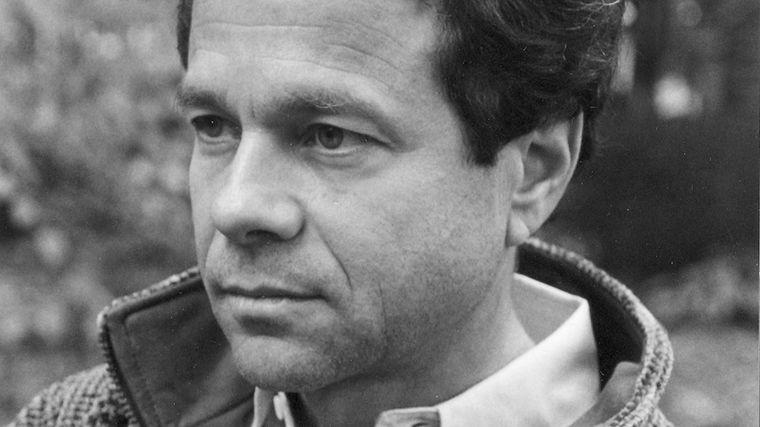 How Do Scientists Name Things?

SEARCHING: Our Quest for Meaning in the Age of Science

Both a theoretical physicist and a novelist, Alan Lightman bridges the gap between the worlds of art, the humanities, and science, and is an internationally recognized thinker on the meaning of science for understanding ourselves. He speaks elegantly about creative and scientific processes; the role of intuition and imagination; the work of Einstein; the meeting of science and faith; and the wonder and fragility of human nature—what it means to be alive.

After serving on the faculty of Harvard for a dozen years, Alan Lightman moved to MIT, where he became the first person to receive a dual faculty appointment in the sciences and the humanities. His short story, “The Second Law of Thermodynamics,” was the first fiction published by the physics journal Physics Today, and his essay “In the Name of Love” was the first essay on that subject in the prestigious international science journal Nature. Lightman’s most recent project is a three-part public TV miniseries based on his writings, titled SEARCHING: Our Quest for Meaning in the Age of Science. As the on-camera host, he explores questions of consciousness, humanity, and nature.

Elsewhere, his essays on science and the human condition have been published in The Atlantic, Harper’s, The New Yorker, Tin House, The New York Times, and many other places. Lightman’s collection of essays, The Accidental Universe, was selected by BrainPickings as one of the ten best books of the year, and the title essay of that book was chosen by The New York Times as one of the best essays of the year in any category. “Lightman’s illuminating language and crisp imagery aim to ignite a sense of wonder in any reader who’s ever pondered the universe, our world, and the nature of human consciousness.” (Publisher’s Weekly on Lightman’s Searching for Stars on an Island in Maine.)

Dozens of independent theatrical and musical productions worldwide have been adapted from Lightman’s novel Einstein’s Dreams. An international bestseller, this book is one of the most widely used texts in universities today and has been translated into 30 languages. Lightman’s novel The Diagnosis, about the American obsession with information, speed, and money, was a finalist for the National Book Award in fiction. His novel Mr g, the story of Creation as narrated by God, blends science and religion and has been the subject of various print and radio commentaries. He is also the author of Searching for Stars on an Island in Maine and In Praise of Wasting Time. His book Probable Impossibilities is a collection of meditative essays on the possibilities—and impossibilities—of nothingness and infinity, and how our place in the cosmos falls somewhere in between. Kirkus called it “roaming, eye-opening, insightful, and literate collection of science writing . . . Complex science made accessible.” Lightman has also often been a guest on NPR and other radio programs, and was the inaugural recipient of Harvard’s Humanist Hub for “Humananism in Literature” award.

“A scientist who is a humanist in the noblest sense of the word.”

In astrophysics, Lightman has made fundamental contributions to our understanding of black holes, radiation processes at the centers of galaxies, and the foundations of Einstein’s theory of gravity. He is a past chair of the high-energy division of the American Astronomical Society and an elected fellow of the American Physical Society as well as the American Academy of Arts and Sciences. At MIT, he has been the John Burchard Professor of Humanities and Senior Lecturer in physics and is currently Professor of the Practice of the Humanities. He founded the MIT graduate program in science writing and has received four honorary doctoral degrees. He also received the Andrew Gemant Award of the American Institute of Physics for linking science and the humanities, the John P. MGovern Science and Society award of the international science society Sigma Xi, and the Distinguished Alumni Award of the California Institute of Technology.

The Transcendent Brain The Miraculous from the Material

Our bodies are purely material, made of atoms and molecules. So how do complex human experiences—such as consciousness, being connected to nature and to other humans, and the appreciation of beauty—arise from mere atoms and molecules? Drawing on his new book The Transcendent Brain and his related public television series SEARCHING, internationally bestselling author and physicist Alan Lightman defines a concept he calls "spiritual materialism," helping us embrace these experiences without letting go of our scientific worldview.
Illustrating his talk with clips from his public television series, Lightman traces the material atoms in our bodies all the way back to the Big Bang and element production in stars, and discusses Galileo's discovery that even the heavenly bodies are made out of ordinary material. He explores leading biologists' attempts to create a living organism from only the chemicals present on primitive earth, and examines the nature of "emergent phenomena"—extraordinary behaviors of some complex phenomena (like human consciousness) that are not evident in their individual parts—and ends with comments on the significance of life in the universe.
Religion

Beauty and the Brain An Evolutionary Explanation of Spirituality

Modern science teaches us that everything can be explained in terms of atoms and molecules, including our human experiences. But our material brains are capable of "spiritual" experiences—the feeling of being connected to nature and to other human beings, the feeling of being part of something much larger than ourselves, the appreciation of beauty, and awe, for instance. But internationally renowned novelist and theoretical physicist Alan Lightman says we can embrace both our spiritual and scientific sides through what he calls "spiritual materialism."
In this talk, based on his book The Transcendent Brain: Spirituality in the Age of Science, Lightman gives a nontheist explanation of  the origins of spirituality in terms of our evolutionary history and the forces of natural selection. In doing so, he provides a view of spirituality that is completely consistent with science.
STEM

Albert Einstein is a household name, but few of us know his story. Author and physicist Alan Lightman has written extensively on Einstein and his work, including his international bestseller Einstein’s Dreams, which has been translated into 30 languages.

In this lecture, Lightman discusses the life of Albert Einstein, using some of the personal letters Einstein himself wrote. He explores Einstein’s spirit of discovery and creativity, and illuminates the legacy of his work and ideas. Lightman then presents the theory of relativity in layman’s terms, with colorful illustrations, prompting us to think about science not as an abstract, faraway concept but as something that touches our lives in every way.

The Physicist as Novelist

In this lecture, Alan Lightman draws on his unique personal experience as both a physicist and a novelist to discuss the similarities and differences in the way that the sciences and the arts approach the world, their different conceptions of truth, their different methodologies, and the similarities in their creative process. For example, all questions in science have definite answers, while questions in the arts (and often the humanities) do not have definite answers—and sometimes no answer at all.

In this talk, Alan Lightman discusses the social, economic, and political obstacles women face in Southeast Asia and various strategies to help advance these women. He draws on fifteen years of his own experience, founding, leading and growing the Harpswell Foundation—an organization which has partnered with the Peace Corps, UN Women, Women’s Alliance for Knowledge Exchange, and other organizations devoted to the advancement of women, to develop and implement programs in critical thinking and leadership training for outstanding young women in the region. Key aspects of the strategy include establishing strong bonds between young women in a supportive living community, confidence building, discussion and analysis of international news to promote critical thinking, strong role models, and a mentorship program.

Spirituality in the Age of Science

Musings on Beginnings and Endings

Searching for Stars on an Island in Maine

The World You Thought You Knew

A Novel About the Creation

Must Science Conflict With Spirituality?

The Infinity of the Small

Thinking big thoughts about the boundaries of science

What the detection of gravitational waves teaches us about patience

The Ghost House of My Childhood

Whether needing to think or write, Alan Lightman has a place to go

At the Intersection of Art and Science: 3 Speakers Show Us New Ways of Seeing the World

Art and science have long enjoyed a fruitful partnership (da Vinci, anyone?) and Lavin’s speakers...

In Harper's this month, theoretical physicist and novelist Alan Lightman asks: What exactly is...