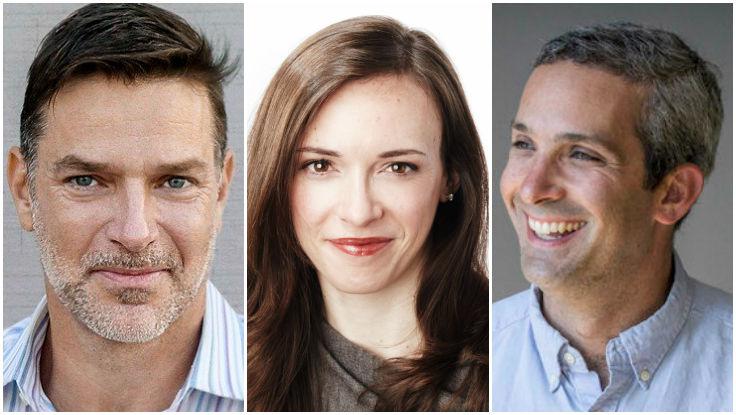 What are the ideas and voices informing our most exciting keynote speakers? This week, we reached out to three of our roster—education speaker Ed Boland, social entrepreneur Jessica Jackley, and cultural critic David Sax—and asked them a simple question: what are you reading? As it turns out, each speaker’s literary choice reflects who they are behind the podium. Want to know what drives some of today’s most prominent thinkers to make the world a better place? Read on.

Ed Boland isn’t just passionate about education reform—he’s lived it. His book The Battle for Room 314 chronicles his experience teaching in an inner-city school in New York and the trials of poverty, immigration, and incarceration he saw his students endure. Here’s Boland on The Short and Tragic Life of Robert Peace: A Brilliant Young Man Who Left Newark for the Ivy League (Simon & Schuster, 2015) by Jeff Hobbs:

“Jeff Hobbs’s The Short and Tragic Life of Robert Peace is a gut-punch of a book. It’s the story of a gifted, driven, and haunted young man who rises above the grinding poverty of Newark to graduate from Yale with a degree in biochemistry. Rarely do we get such penetrating insight into the roles racism and poverty play in undermining our brightest stars. Yet, it also stands as a fascinating psychological portrait of an enigmatic young man riven by doubt and self-sabotage. It’s a powerful book that tells us more about our society than we really want to know.”

Jessica Jackley is the co-founder of KIVA, the revolutionary microlending site that connects funders to entrepreneurs in underprivileged countries. Read Jackley’s take on The Most Good You Can Do: How Effective Altruism Is Changing Ideas About How to Live Ethically (Yale University Press, 2015) by Peter Singer:

“Singer asks uncomfortable—but essential—questions about how to live a more ethical, less selfish life. In The Most Good You Can Do, he delves into the strategy of being an “effective altruist,” applying evidence and reason—head more than heart—to make decisions about how to help make the world a better place. I’m a fan of Singer for many reasons, and mostly for this: that he asks the tough questions. But I believe he places too much emphasis on solely giving money as one of the best ways to live well; I think the world would be a drastically different place if more people not only gave of their financial wealth, but if more actually spent their careers on finding solutions to social problems—not just on earning money and giving it away to fund someone else’s work finding those solutions.”

David Sax is the author of The Revenge of Analog (coming in November), a book that examines the resurgence of analog culture—from vinyl records to board-game cafés to Polaroid cameras. Now, here’s Sax on The Sun & The Moon & The Rolling Stones (Spiegel & Grau, 2016) by Rich Cohen:

“I’m about one-fifth through Rich Cohen’s The Sun & The Moon & The Rolling Stones, which is his bio of the Stones, a band he covered as a young Rolling Stone reporter during their Voodoo Lounge tour. First off, I love Cohen’s writing. He is one of contemporary America’s great living pop historians, with a voice as unique, and just gonzo enough, to make any tale a wild ride. Even if you don’t particularly care about the subject, Cohen gets at the greater forces at play … the personalities, social conditions, and humanity at the core of any store. The last book of his I read was about the Chicago Bears at their peak and the one before that was a biography of New Orleans’ king of the banana industry.

So now I’m a few chapters into the early career of The Rolling Stones, and what strikes me is just how different it was when they formed. The band was a product of a broken, postwar Britain that was desperately searching for an outlet for its youth. It came from vinyl, carried across the ocean by a handful of collectors, who injected the sound of rock and roll, and especially Delta and Chicago blues, into London’s record shops. The fact that Mick and Keith met on a train platform, and began talking because of the vinyl records in Mick’s hand, is all you need to know. This was a thoroughly analog band, and a product of its time that wouldn’t happen the same way again today.”