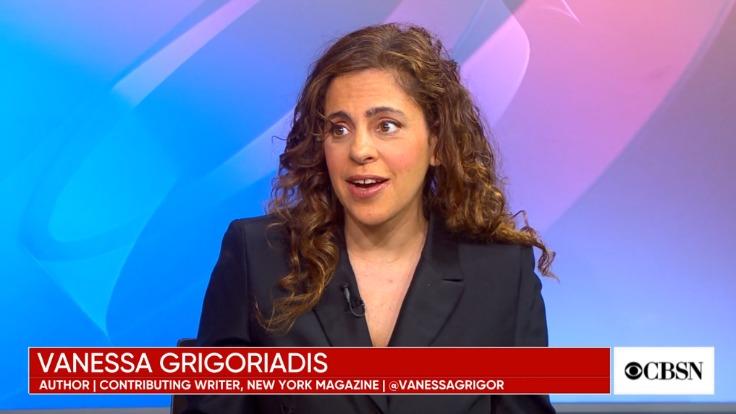 Journalist Vanessa Grigoriadis sat down on CBS News to discuss her recent article—featured in New York magazine’s “One Great Story”—on Mike Bloomberg and his political machine. Delving deep into the person behind the philanthropy, and the ego behind the billions, Grigoriadis explores the possible outcomes of his campaign—and what his strategy is right now.

Right out of the gate, Grigoriadis is asked about Bloomberg’s self-funded campaign.  Indeed, just two days of his campaign spending amounts to about as much as Biden raised in the entire month of January. “Bloomberg has basically carpet-bombed airwaves, I mean, you can’t get away from these ads, and he’s done some stuff that’s really innovative,” Grigoriadis says. “The fact that he hasn’t put up better numbers against a Biden, who is essentially, almost broke at the end of February—it does say something about our democracy,” she concludes.

They also discuss an interesting stat on his philanthropy from her article, that, in 2019 he gave $3.3 billion away—which is actually more than Trump’s entire estimated net worth. “That largesse has apparently made everyone very happy to see him at almost all times, which may have given Bloomberg the idea that a presidential campaign could feature more of the same,” she wrote. But in reality, that doesn’t seem to be translating to goodwill at the polls.

That said, the fact remains: “He’s a guy who got a third term as Mayor in New York City, even though he wasn’t really supposed to have that term.” This likely bolstered his ego and buttressed his Presidential desires. “He truly believes—and it’s not un-Trumpy—that he’s the person to fix this, and therefore everybody should line up behind him,” Grigoriadis tells CBS. “Even though he is a rationalist and maybe he will be able to see, maybe there is no way to take this to a contested convention…at the same time, everybody knows that you never really get out of a presidential campaign until you run out of money.”

Since Bloomberg will quite literally never face that problem, what would possibly make him drop out? “There’s really no reason for him to leave,” Grigoriadis says, “Unless he sees that history will not look kindly on this.”

You can read her full article here, and watch her full interview here.