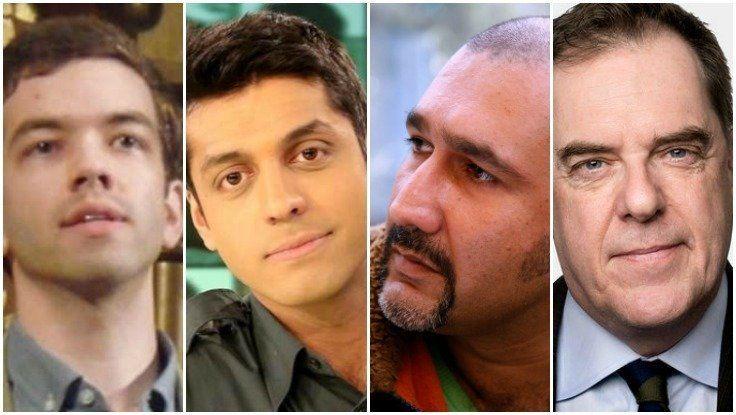 Recent events in Orlando, Florida have cast a spotlight on a number of issues, central to today’s often divisive political conversation. And confusion, anger, and fear—these are natural emotions in the wake of tragedy. But in such a climate, people and organizations benefit from a sophisticated response, beyond knee-jerk reactions. The Lavin Agency represents a number of individuals particularly suited to speaking on today’s most vital issues—Islamophobia, marriage equality, gun violence, and more—and can help us make sense of what are often the most senseless acts.

Matthew Vines, author of God and the Gay Christian, turned to TIME to “offer some advice to Christians on how to love their LGBTQ neighbors as themselves at this horrible time.” He calls for patience when hearing, or receiving, understandable anger from the LGBTQ community; he exhorts us to remember that this isn’t only about gun violence or terrorism, but about “lesbian, gay, bisexual, and transgender” victims. And he insists that this isn’t the time to “qualify” grief with any statement of opposition to marriage equality—an essential appeal to empathy and to bridging political gulfs.

In The Washington Post, writer Michelle Boorstein comments on the “debate” sparked by Lavin speaker Wajahat Ali’s recent Facebook post, in which he “called for his fellow Muslims to speak out.” To Ali, this is the ideal time to “aggressively and sincerely assert our solidarity with the LGBTQ community.” With his usual compassion, he equates the gay community’s long struggle for “freedoms and equality” with the Muslim-American quest for acceptance and tolerance—in fact, he calls it “the American struggle. Period.”

Parvez Sharma highlights the specific dilemmas—and dangers—of being a part of both communities: of being Muslim and a homosexual. His films A Jihad for Love and A Sinner in Mecca show how being a gay Muslim doesn’t make you a contradiction, but how it can make you a target. In USA News, Sharma speaks to the recent tragedy specifically, saying it’s time to “stand up and speak out against the violent aspects of the religion” and realize that we still have so far to go when it comes to genuine tolerance.

Writing for The Globe and Mail, John Ibbitson warns against succumbing to the “classic, toxic, shouting-past-each-other American political debate.” The US election is already charged with so much “racism, nativism, and intolerance,” that such an act threatens to stoke the worst impulses in people across the political spectrum.  Here, and with Vines, Ibbitson stresses that we need to remember the victims—after all, this “was an attack on homosexuals,” who are still routinely targeted around the world, and who still must live in fear of violence. Those are concerns that should transcend politics—but sadly, and often, do not.