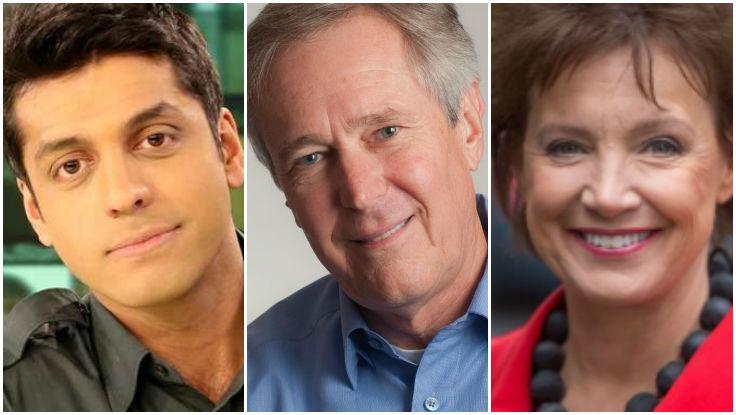 The Donald Trump-Ghazala Khan saga has evolved once again. Khan, the mother of slain U.S. military captain Humayun Khan, came under fire from Trump after remaining silent while her husband spoke at last week’s Democratic National Convention. “If you look at his wife, she was standing there,” Trump said. “She had nothing to say. She probably, maybe she wasn’t allowed to have anything to say. You tell me.” Trump’s comments, seen by many as deeply Islamophobic, have stirred debates across the nation on patriotism, religion, and fundamental American values. And in recent days, three Lavin speakers—Wajahat Ali, James Fallows, and Diane Francis—have voiced their thoughts on the outspoken Republican candidate.

In a recent CNN segment, the debate pitted diversity speaker Wajahat Ali against “Muslims for Trump” founder Sajid Tarar, who defended Trump’s comments as representative of the realities facing Muslim countries—a statement wholeheartedly denied by host Poppy Harlow. Supporting the Khan family in full, Ali had this to say:

“I love the fact ... that there’s a supreme brown karmic justice: that a Muslim Pakistani immigrant American couple with funny accents and multi-syllable names, with mocha caramel skin right now are body slamming Donald J. Trump left and right, and they are the couple reminding all Americans ― Republicans and Democrats ― about our Constitution, about our freedoms, about our values, about our core values that are under threat if a demagogue like Donald J. Trump is elected. I love it.”

The full segment is embedded below, via CNN. 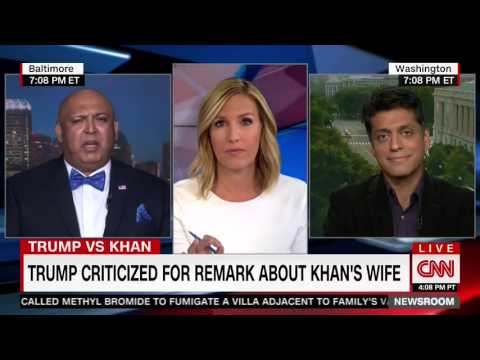 Fallows: Which is Your America?

In his regular Atlantic column, “The Daily Trump,” national correspondent James Fallows took the Republican candidate to task over his heartlessness, invoking a statement from Joseph Welch to Senator Joseph McCarthy at the height of the Army-McCarthy hearings: “Until this moment, I think I never really gauged your cruelty.”

“I am not imagining that even an episode as heartless as this will necessarily change any committed Trump supporters’ minds,” Fallows continued. “Although the accumulation of Trump’s offenses should increasingly shame the ‘respectable’ Republicans standing up for him ... But it is important to document the starkness of the two conceptions of America that are on clear view, 100 days before this man could become president. The America of the Khan family, and that of Donald Trump.”

Fallows, always an insightful and informed political voice, has chronicled the presidential race extensively, both in “The Daily Trump” and longer-form pieces. To read more of his writing, visit The Atlantic.

On a separate note, author and Financial Post Editor-at-Large Diane Francis argues that Trump’s rise to popularity is not a reflection of the man himself, but rather the result of an international pushback against globalization and trade liberalization. To Francis, “It doesn’t matter what stupidity, insensitivity or contradictions Trump makes or what he looks like or how much he boasts, lies and gloats,” he’s riding a wave of anti-globalization sentiment—and maybe all the way to the White House.

To hire politics speakers like Wajahat Ali, James Fallows, or Diane Francis for your organization’s next keynote address, contact The Lavin Agency, their exclusive speakers bureau.