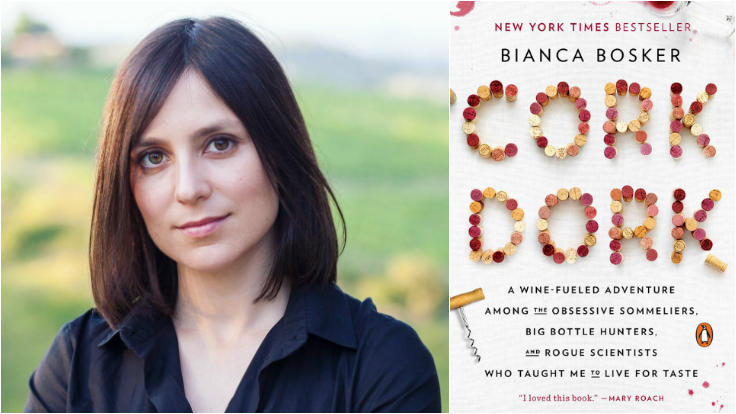 How the “Sensefulness Mindset” Helps People (and Companies) Re-Engage with the World: The Lavin Interview with Bianca Bosker

At a glance, Bianca Bosker works like any hard-nosed detective: close reading the evidence around her until the case is solved. But there’s no crime in her scene—rather, Bosker looks to the world of her senses to make experiences more informed, enriched, and alive.

What if you were surrounded by vital information—information that shaped your experience of the world—but had no idea it was there? New York Times bestselling author of Cork Dork and sense expert Bianca Bosker wanted to discover what she was missing, leaving her job as Tech Editor at The Huffington Post to become a card-carrying sommelier. In doing so, she discovered the intelligence of her nose and sense of taste, empirically changing her brain in the process. Now, she speaks on the way that we can harness the power of our senses to enhance all of our experiences. In this exclusive interview with The Lavin Agency, Bosker discusses what feeds her curiosity, and how we can all begin to see (and smell) more of the world. Not just for pleasure, but to ensure we’re receiving the fullest reality that surrounds us.

You write at the beginning of Cork Dork that you’ve often been “obsessed with other people’s obsessions.” What is it that fascinates you about them?

Growing up, I was surrounded by obsessives, so I think there’s something about their maniacal intensity that feels like home. More than that, I find that obsession enables people to undertake seemingly superhuman feats, and I’m fascinated by the achievements that obsession enables. Embedded within obsession is also a recognition for the preciousness of life. We have a finite number of hours on the planet, and people fueled by obsession appreciate the need to do the most that they can in that limited amount of time.

Do you have a favorite obsessive figure?

How to choose? I’ve embedded with everyone from somms who’ll sacrifice marriage for palate practice to an ex-lingerie-maker who uncovered chemical weapons use in Syria via YouTube. But wine has been unique for me. I started off curious, but I wasn’t a convert. Now, after working as a cellar rat, training as a sommelier, hitting the floor, I’ve ended up as obsessed as the obsessives who drew me in.

Do you think of yourself first as a writer, and then as a sommelier?

I think that’s fair. I’m not currently working the floor, but I am a card-carrying sommelier, and I still use my somm skills on a regular basis.

It’s even in so much of the journalism that you do now. They’ve merged in a way, those two disciplines.

Oh yeah. One thing I find intriguing about people who are fueled by obsession is that their work no longer seems like work to them. They’re powered by this rocket fuel that gets them to do things that may be difficult and grueling and require sacrifice, but there’s no hesitation when it comes to tackling the challenge.

You wrote that a scientist once told you that “after wine, blood is the most complex matrix there is.” I wondered if you could speak about that as a writer—what the complexity of wine means to you.

I got sucked into wine because I came to see as a portal through which to understand fundamental truths about the human experience. Sure, there’s a lot of B.S. when it comes to fermented grape juice. But clear away that B.S., and you’re left with precious insights that have lessons far beyond a glass of wine, from how we process experience, to how we remember life’s precious moments, to how we’re biased in ways we haven’t begun to realize. Wine has made me appreciate the value of sensefulness: it’s by tuning into our senses—all of them—that we can truly make sense of the world.

Has studying wine affected your other senses, or way of observing things around you?

Definitely. As I got deeper into the wine world, I became cognizant of a paradox in our foodie culture. We spend all this time and money chasing down food that tastes better, but we never teach ourselves to taste well. The result is that we settle for second-hand sensing, so something is delicious because it’s expensive, or because you waited two weeks for a reservation. As part of my training to become a sommelier, I had to learn how to blind taste. It’s a grueling exercise that’s both physical and mental, and it requires you to clear your mind of all that extraneous information that plays to our cognitive biases. You have to ignore price. You have to ignore expectation. You have to silence that voice that tells you you always miss Chardonnay, so it’s probably Chardonnay, but what if it’s not because the last glass was Chardonnay?

Blind tasting teaches you to stay true to your felt own experience. It’s given me a mindset that I reach for not only with wine, but also when I’m eating food, when I’m listening to music, when I’m reading and editing my own work. In a very powerful way, I found that by training my sense of taste, I developed more confidence in my taste in all things. Learning to savor life not only with three, but with all full five senses, allows us to pick up neglected information that can lead to a fuller, more nuanced understanding of the world around us.

Did wine invite any other sensory obsessions? Did you become interested in perfume or cheese?

Totally. I sniff everything, all the time, from picking out bergamot in a perfume to the pee on the subway.  In one way, tuning into smell, which is our most neglected sense, has given me tons of new information about my surroundings. I do smellwalks around the city, and they’ve made me aware of the aroma of gentrification, for example.

In another way, smell is an underappreciated source of pleasure that offers an immediate, free escape from the everyday. A lot of us think of hedonism as being this thing that exists only after a red-eye flight to an exotic beach somewhere. The truth is that if we just pay a bit more attention to our sense of smell, we’ll find this powerful beauty lurking all around us. I’ll be doing errands and stop in my tracks to savor the pungent aroma of gingko trees, or the caramel cloud around street vendors.

And then in still yet another way, smell is also manipulative. It’s arguably our most emotional sense. I’ve become aware of the way we’re subconsciously affected by the aromas in our environment. Scents can shape our mood, they can make us feel hungrier or happier or hipper. But not enough people have grasped the potential.

Can a non-sommelier access these things that you’re talking about as well? If so, how can they hone their senses?

Absolutely. There’s this myth that you have to be born a bloodhound in order to savor smells, be it wine or perfume or herbs. I’ve spent a lot of time with sensory scientists and neuroscientists examining this question, and the truth is, we humans have a much better sense of smell than we realize. We even beat dogs and rats on certain odors. At the same time, research shows that any of us can train our senses. When I started, I did not have a refined palate. I remember going out to dinner at a Japanese restaurant and savoring a delicious bowl of soup. It turned out to be soy sauce .

Smelling better starts by paying attention. If you’ve ever learned a new word in your life, you have the ability to become a great smeller. Only instead of to attaching meaning to a sound, you’re attaching meaning to a smell. Start describing the smell of everything you encounter over the course of the day, from your deodorant in the morning to your mouthwash before you go to bed at night. Eventually, with a little effort, information you would have neglected is transformed into knowledge and experience. fMRI studies show that this training actually makes us engage the higher-order parts of our brain involved with memory, learning, and reasoning.

You should! Smell historians argue we’ve eliminated odors even before we ever appreciated what we were losing. If you think about it, we’ve entered an era of deodorization, where the best smell is no smell. I think there’s a huge opportunity there both for creators of smell and smellers of smell.

It’s just eradicated altogether to keep everyone happy. But then like you said, there’s this absence of information.

I wonder to what extent we fear what we don’t understand. We have a bias against smell. Beginning with Plato and Aristotle, there has been this idea that smell is the most animalistic of the senses. So, there is this idea that being civilized means not smelling—in terms of registering odors—and not stinking—as in emitting odors. This has led to a real closed-mindedness that I think has caused us to miss things that we don’t even begin to realize.

I wondered if you could tell me a little bit about the wine tastings you run? What are they like to participate in?

For one thing, they’re a ton of fun. They’re also supremely unorthodox—we’ll do everything from drink neon-green wine to smell things I’ve done serious detective work in hardware stores to uncover. I’ve designed them in order to help people savor their wine with all of their senses. Ultimately, the goal is to teach people how to embrace this sensefulness mindset. And to put words on things they’re not used to naming, to trust senses they’re not used to trusting, to recognize how one sense acts on the other, and to live sensefully. The knowledge you can learn over a glass of wine is not only relevant at the table. It extends far, far beyond it into so many different walks of life, whether it’s the analytical mindset that we bring to our work or the pleasures that we relish on a hike.

To book Bianca Bosker for your next speaking event or party, contact The Lavin Agency today, her exclusive speakers bureau.

the lavin weekly | December 01, 2017
The Lavin Weekly: The Opposite of Addiction, The Retail Revolution, Fighting the Media Apocalypse, and A Big Congrats! 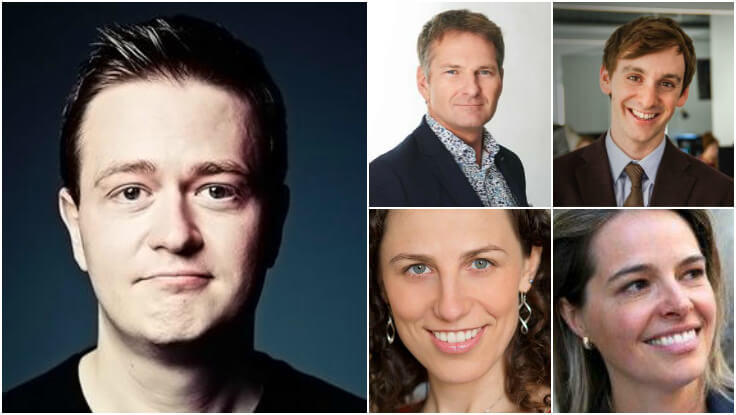